Melbourne’s CBD has become the go to place for terrorists in Australia.  Dan Andrews keystone cops are muzzie-hugging softies, and Victoria’s leftist lawyers and judges pardon terrorists like Kurdish islamic Dimitrious Gargasoulas (26) with the trending ‘mental illness’ plea bargain.  He rammed his car through shoppers along the Bourke Street Mall in January 2017 and the police didn’t call it terrorism.  Gargasoulas leftie psychiatrist, Lester Walton, reckons Gargasoulas is not fit for trial and so should get off.

Who in their right mind would shop in Melbourne’s CBD these days?  The prices are a rip off because to fund the obscene rents.  Melbourne’s largest department store, Myer, Bourke Street Mall never has any staff to serve shoppers and the imported CEO John King has blanket banned all Myer staff from having Christmas parties.  So of the few staff there to serve shoppers, they are all pissed off.   Myer won’t be there much longer anyway. Last year it made a $486 million loss while paying its boss $1.2 million a year plus $900,000 in bonuses.

It wouldn’t be surprising if all the Christmas decorations were to be banned across the Melbourne CBD to kowtow to islamic sensitivities.

Then yesterday, Somali-born welfare seeker Hassan Khalif Shire Ali (30) drove his ute loaded with gas bottles into Bourke Street to massacre Christmas shoppers.  He ignited the cylinders in a ball of flames and then attacked passers-by with a butcher knife shouting shouted “Allah Akbar”. 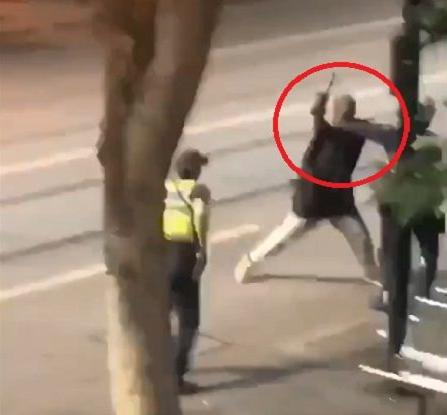 Police want the public to stay away from Bourke Street.

Mr Villasin said bystanders were yelling out “just shoot him, just shoot him,” (a good thing) while police officers were trying to reason with him and disarm the attacker (why?).  Melbourne’s growing White vigilante population has more capability than the useless keystones.

Police say “there are no known links to terrorism”.  Nuh, he had ‘mental health’ issues. Of course Victorian police knew him but reckon they were trying to “reach out” to him.

Victorian Police are even recruiting Sudanese and Somalis into the force and handing them guns. 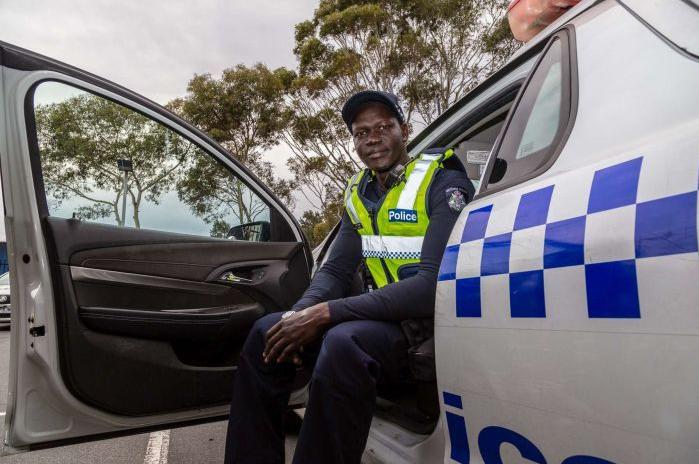 So this is life under premier Daniel Andrews’s go soft on non-White crime policy.   And dumb Victorians are set to vote him back for another four years in a few weeks time.

Opposition Leader Matthew Guy said all possible resources should be deployed to ensure such events did not occur again.  That’s what they said after the Moomba Festival in 2016 and Gargasoulas’ 2017 rampage, and after every week’s home invasion, car jacking and Airbnb rental riot by African refugee gangs

In 2017 islamic Somali-born refugee Yacqub Khayre (29) shot dead a receptionist in a serviced apartment complex and took a prostitute hostage in Brighton.  Victoria Police warned that there was no evidence to suggest he was acting on orders given from overseas, so therefore not terrorist related.  Khayre had previously been charged in relation to the Holsworthy Barracks terror plot but was let off on good behaviour.  Somalis-Sudanese – good behaviour?

In February 2018 Momena Shoma, a Bangladeshi-born islamic refugee, stabbed a 56-year-old man in the neck while he was asleep at his Callistemon Rise home in Mill Park  In 2014 Numan Haider (18) an islamic, stabbed two counter-terrorism officers in Endeavour Hills.

Just round the lot up and deport them.  Start with the gaols. 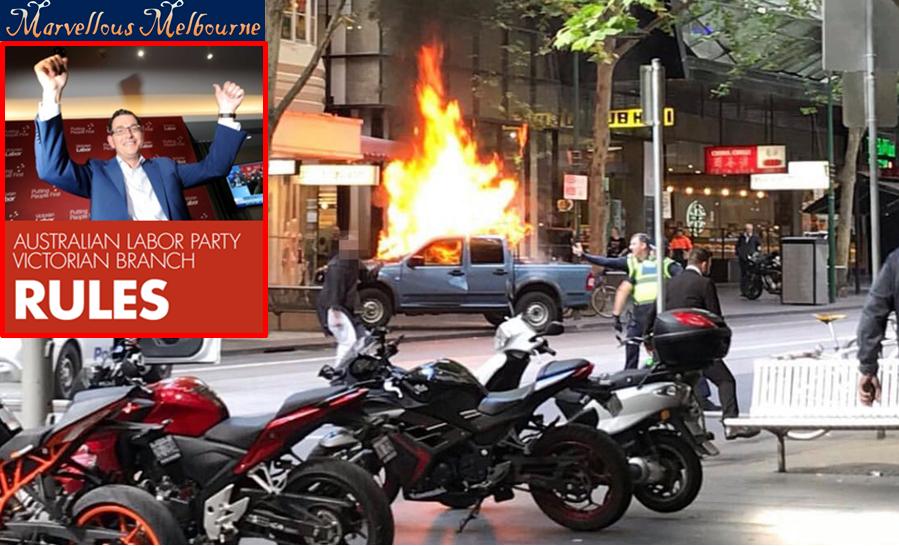 Dan:  “When’s the full invasion?  Have you got my Air China flight ready?” 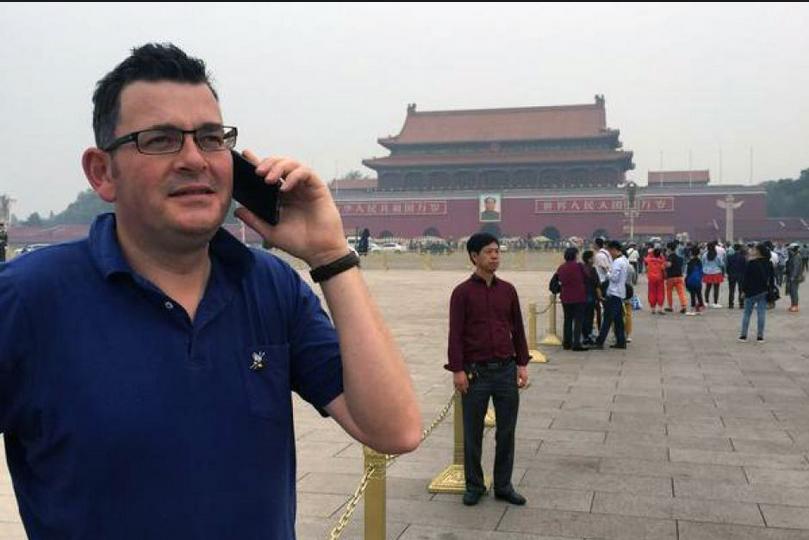 Xi:  “Me minder’s behind you. So what you like for bribe dinner – Cantonese, Shandong, Jiangsu, Sichuan?