The Australian Capital Territory is a misnomer.  The ACT is attempting to resurrect it’s homosexual and transsexual marriage legislation by introducing a perverted sex marriage bill into Parliament this week.

There is nothing “capital” with such depravity.

It is a wedge to legitimise Faggot Families, Faggot Childcare, Faggot Schools and so perverting Australian children to be brought up with confused sexual orientation and with loose morals.  It is an abandonment of the natural order and no different to paedophilia.

How many separate toilet blocks can schools afford?

It is all about embracing Faggot Families as the norm alongside traditional Christian family values of a man and woman marriage.

Artificial and insular Canberra is about as remote from ordinary Australia as you can get.

Created by those jealous of Melbourne, Canberra was always a politically correct extravagant ideal that has emboldened waste after waste of Australian hard-fought wealth.  Is it no wonder that that most immoral degradation of Australian traditional family values is emerging from concocted Canberra? 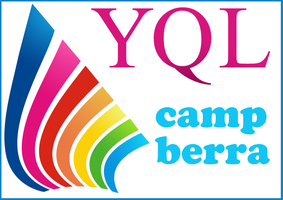 The ACT government, led by Attorney-General Simon Corbell, will introduce a bill on Thursday to legalise homosexual, transsexual and shemale marriage in the ACT and has vowed to fight off any federal or court challenge to the laws.

It will waste Australian taxpayers’ money to fend off any challenge from the Federal Government or in the High Court.

It is thanks to the toxic Greens ideology of unlimited diversity in borderless melting pot of ethnic and sexual perversion utopia.

Pull the other one.