Howard Crawford, (Liberal Party hatchet man) and the puppet-master behind the curtains of the patriot scene has been exposed in a Whitelaw Towers exclusive.   Video footage has been obtained of chicken-farmer and political-troll Howard Crawford dining with ‘Michael Allan’, supposedly of Socialist Alliance, whom he met on Facebook. 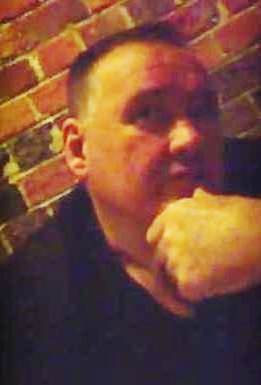 The dirty tricks man of the patriot movement has been exposed.  “Shermon Burgess is desperate”  “Nick Folkes is to be rescued” … Better call Balzano… Blair Cottrell is a ‘hate monger’.

We reproduce the article here:

Whitelaw Towers has obtained secret footage of the infamous Liberal Party trickster, who influenced recent events within the patriot movement’s micro-party establishment, conspiring with Socialist Alliance, or at least somebody he believed to be from SA.

Yes, we now have video footage of chicken-farmer and political-troll Howard Crawford dining with ‘Michael Allan’, supposedly of Socialist Alliance, who he met on Facebook.

Why was he having dinner with a supposed member of the ‘anti-racist’ left? Because he thought he was getting dirt on Dr Jim Saleam. Instead he got a bunch of old Special Branch papers provided by Jim himself. Alternatively, he was more than generous in supplying us with a treasure trove of valuable intelligence. Heh. 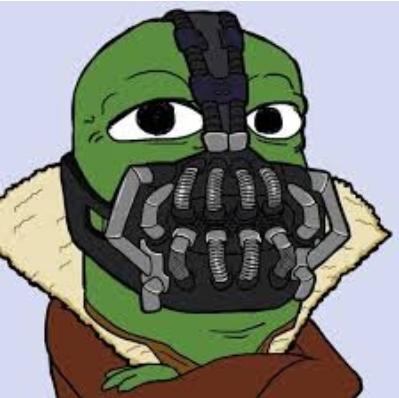 They say he lives among the chickens, but he still controls us!

From the footage that we obtained courtesy of that meeting we have enough material to keep Whitelaw Towers blogging until Rob Sparrow starts collecting his pension.

But today we shall talk about a patriot puppet-master, a renegade patriot leader, and a political buffoon; the last two of which are suffering a personal crisis.

We’re going to meet Australia’s most crap lawyer and find out how he ties in with everyone; including Sherm the Germ’s new political crush, Pauline Hanson. All of this comes via Howard “Foghorn Leghorn” Crawford, who will by now be flapping his elbows and clucking crossly as steam spurts angrily from his ears.

On an amusing note, we understand that Crawford presented at the meeting last Thursday evening in clothes spattered with chicken shit from his farm. This is hilarious on many levels. In fact, Howard has been described as “semi dero-looking”; committing the sartorial crime of matching Dunlop sneakers with his shrunken suit. Underneath he wore a crotchet T-top that made him look like an old perv dressing for a hot date at the Cabramatta rub-‘n’-tug parlour.

Anyway, during the meeting Foghorn smoked a whole packet of durries and downed countless spirits before driving home. He explained away both his shabby appearance and his endless means saying, “I don’t need an income. I don’t buy clothes. I don’t live flash.” Yes, the word “smooth” was never intended with Howard Crawford in mind.

Over the coming weeks we shall be covering more and more of what has turned out to be Howard’s Last Supper.

BURGESS TO SINK, FOLKES TO SWIM, THE PATRIOT MOVEMENT TO LITERALLY GO THE WAY OF PAULINE HANSON

The recent dealings in the supreme and federal courts over the bungled Cronulla ‘It’s a Riot’ Commemorative rally has left Shermon Burgess and Nick Folkes both owing upwards of $20,000 in legal fees.

But the puppet master, Howard Crawford, knows the political and public fortunes of all concerned. He has ominously predicted that — despite all his frantic ‘anti-Nazi’ activism — Burgess is to be allowed to sink, while Nick will float.

And this could be one very strong indicator of Shermon’s publicly deteriorating state of mind — apart from his meltdown leaving him with only a small bag of crippled supporters, Sherm the Germ must pay legal costs. So you see Shermon is much like a rubber duck in a raging bathtub. This has the potential to bankrupt the sewer rat. So we expect him to do something typically fraught and throw out his hand for ‘crowd funding’ to pay off his legal costs.

Not so, Nick Folkes, who is intended to step out of this whole wacky soap-opera smelling like lilac. Howard will cover his legal expenses from a slush-fund.

But Cronulla is a lingering beef with Sherm, who nurses a jilted lover’s hatred of the UPF. He never forgave Blair for the UPF not supporting his doomed rally, which is what, he figured, contributed to its unspectacular fizzle; and his present misery. Moreover, he believes Blair instead met with Jim Saleam at AFP headquarters in Sydney that Saturday, which a hot-head like Burgess considered a Titanic snub.

Such is how the patriots’ social media outpourings are the junk diet of the left-wing lounge lizards everyone on that side of the fence were likewise convinced Blair and Tom Sewell were in Sydney meeting with Jim Saleam that weekend. Nick Folkes drove Jewish media-pest John Safran to Tempe to try and sneak footage, which gives you an idea of his credibility. 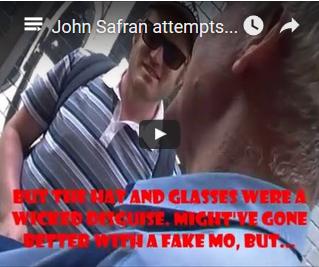 Only, Blair and Tom were nowhere near NSW, despite the combined mental energy of Dumbo Inc. theorizing otherwise.

All of this has been swirling jealousy within Shermon, pushing him closer to a dizzy edge. This week, the hull of the SS Shermon finally blew its bolts and his brain began taking on water. He teamed up with self-interested conman Neil Erikson, who maintains loyalty like an old woman holds her bladder. The fuse was lit for a suicide bomb to go off in the thriving movement that both of these clowns believe they own. And hell hath no fury like two scorned dickheads.

Burgess set upon a course that will forever etch him and his soulmate Neil in the history of Australian nationalism as little more than a wet fart. Sherm is not the master of his domain any longer, and despite the bravado of his trash-talking videos, he remains a puppet monkey. If the futility of Sherm’s epic dummy spit hasn’t depleted his spirits, all the hot air will soon exit his ego, once he finally rips open his marathon legal bill and realises martyrdom isn’t going to save his home.

Speaking of legal bills, Robert Balzano is an intriguing, if not skilfully inept lawyer seemingly ushered in to guarantee failure. Balzano has an uncanny knack of separating his clients from both their luck and money. He is from an obscure Catholic order, along with Councillor Marcus Cornish, and one-time Australia First Party representative turned independent, Maurice Girotto.

Rob brought his genius for crushing defeat to all of those mosque-related court actions like that of the patriot action against the mosques being built in Penrith, Orange and Bendigo. He represented Nick over the Cronulla suit brought by Jamal Rifi of which he and Burgess have to pay costs.

Tantalisingly, Balzano was present at the speakers dinner held near Liverpool with Pauline Hanson, Kim Vuga, Cornish, Crawford and Nick Folkes to raise funds for the Penrith Action Group’s appeal against a court ruling, which failed hopelessly courtesy of ‘ta ra’, Robert Balzano. Oh, and that was the same dinner where the infamous “Nazi bunker” video footage was exchanged between Crawford and Folkes.

Seems more was cooking on the menu that night than the outrageously-priced gristle-quality buffet. Chefs Crawford and Cornish were baking a big shit pie which everyone is now enjoying a slice of. Whatever they were scheming we at WLT can presently only guess at. But it won’t be long.

Shermon Burgess was sacrificed by whoever (we shall find out) and is subsequently pushing Pauline’s One Nation party while owing thousands.

Sherm and fellow slug Erikson have been attempting to shunt the United Patriots Front out of the way of these Zionist micro-parties that Howard Crawford looms so darkly over like a shadow. The seeds of discontent have been sown by a master, and the players are losing to his dice rolls. And he rolls for a formidable club, who cultivate psychopaths like Crawford because he gets things done.

But tragically, as sure as Moriarty faced Sherlock Holmes, Howard has met his match in the guise of an unassuming Facebook troll named Michael Allan.

Crawford wrote to Michael in an incriminating telephone text revealed to WLT among a tranche of messages, “The likes of Saleam and Cottrell, you can’t work with. They are just hate mongers and more damaging to the Conservatives than any on the Left. Myself, my power, if you’d call it that comes from being grey. I work across a spectrum… My closest friends actually shoot fascists”.

But Howie has just shot himself.

Howard Crawford:   And? So what? The Libs are always asking me to provide advice on preference flows . In the last election some of the Left and Small Conservatives preferenced each other before the major parties. Hello? It has gone on for years with the Libs.  As for my opinion of how things are shaping up? So? That’s just the way i’m reading it. Squadron 88 was my idea, did you get pissed off?  The Libs paid my rent. They told me I was valuable and that I had a political future in the party. Someone is banging at my door.  I think it’s Neil. Gotta go….