Rules for some?  Masked violent anarchists stirred Victoria Police this morning outside the Melbourne Magistrates Court just as the Labor Party’s sharia show trial against the Bendigo Three got underway with its first brief hearing.  Many dozens of uniformed police had to be positioned outside the courthouse to prevent the feral lefties forcing entry into the court.

The leftists’ latest incarnate is the Campaign Against Racism and Fascism (CARF) – whatever.  It’s where Richmond’s Socialist Party’s disaffected Mel Gregson ended up to escape her comrade Anthony Main’s alleged rape attacks.  Mel and Stephen Jolly coordinate from the sidelines and help with placard artwork. 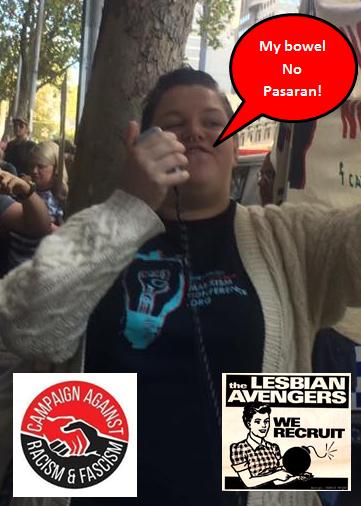 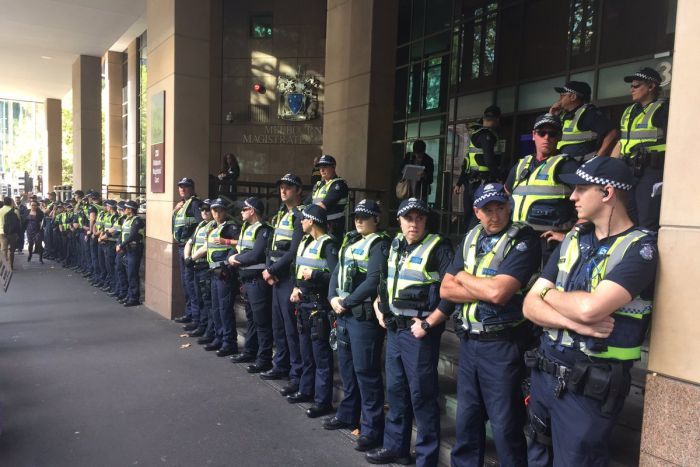 Inside the courthouse, in Court 2, the preliminary hearing was brief. The lead defendant, Mr Blair Cottrell (below right), leader of the political group United Patriots Front made his appearance before the court at 10am. 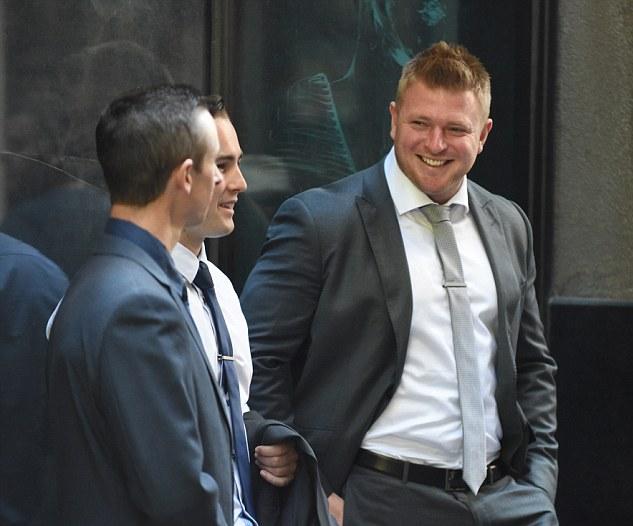 Procedurally today’s initial hearing was a ‘contest mention’ in which both parties and the magistrate try to decide whether a case can be resolved by finding common ground between them – in this case the prosecution informant Mr E. Ross of the Victoria Police (Bendigo Crime Investigation Unit) against the accused, Mr Blair Cottrell.

No plea was required to be entered by Mr Cottrell and none was made.  No common ground was obtained, so the matter shall proceed to a summary hearing scheduled for May.   By this time the Victoria Police will have prepared a brief of evidence, have issued any relevant subpoenas.  It will be very interesting to see what witnesses the police present to give evidence. 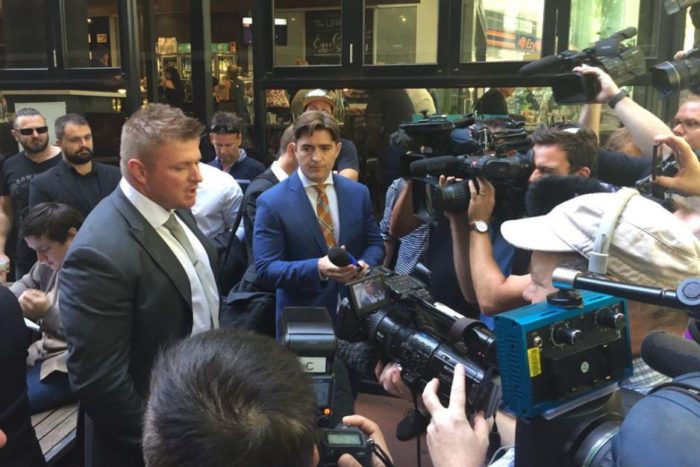 This is a legal first in Victoria, the Bendigo Three face a Melbourne Magistrates Court charged under Victoria’s Racial & Religious Tolerance Act 2001 Section 25 (2), over a harmless satirical street theatre protest back in October 2015 against sharia law and the building a mosque in Bendigo.

The politically motivated case emerges just weeks after Queensland’s Federal Circuit Court judge Mich­ael Jarrett through out the bogus charges of “offence” by Queensland University of Technology staffer, Aboriginal Cindy Prior, against three Australian students who were denied access to computer room because they are White.  Clearly Prior was a race hate proxy instigated by anti-White campaigner Gillian Triggs.

It also follows the vexatious charges by another Aborigine Melissa Dinnison who was similarly used as a Gillian Trigg’s proxy to try to sue cartoonist Bill Leak under Section 18C of Gillian Trigg’s Racial Discrimination Act against White Australians. 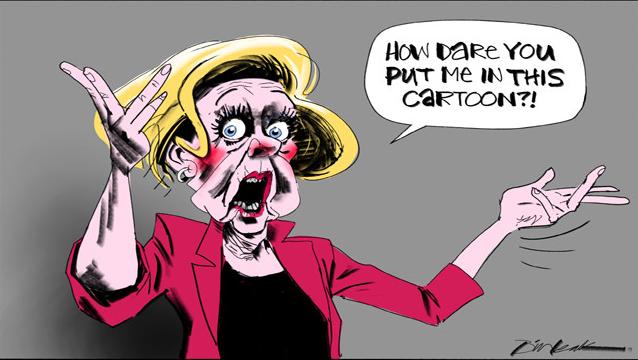 These Australian patriots have been charged by the Victorian police for participating in a non-violent political demonstration.  Members of the   United Patriots Front carried out some “street theatre” in which they mocked those Islamic extremists who cut the heads off their enemies; they  used a fake knife to cut the fake head off a fake dummy, with fake red blood spurting out.

The vexatious charges are: defacing property (red paint on a footpath), wilful damage (red paint on a footpath), behave in an offensive manner in public (dismembering a wilful mannequin with no public present early on a Sunday morning) and serious religious vilification (publicising on Facebook that they don’t want a mosque imposed on Australians). 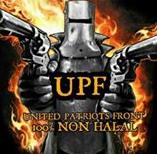 The trumped-up charge is criminal under this anti-Australian state legislation.  The maximum penalty is up to six months in prison or a $6,000 fine.  It is ridiculous.  The charges against Bendigo Three have been secretly and corruptly concocted by the Labor Party as a hateful vendetta attack against Patriotic Australians daring to exercising the democratic right to protest against the invasion of barbaric Islam in Australia.

It is the Labor Party’s political show trial against Free Speech in Australia.

Victoria’s Racial & Religious Tolerance Act 2001 is undemocratic It prohibits free speech.  It makes banter and satire illegal. It is a tool of multiculturalism dogma to appease imported races and religion foreign to Australia.  It is only triggered against White Australian nationals.  It is a racist law.

Victoria’s Equal Opportunity and Human Rights Commissioner, Kristen Hilton, wants this case to be a show trial, stating “it is important for the public to become more aware that those laws existed.”  But of course those laws are only applied against Australians, not imported Muslims who reject Australia’s cultural values, standards and laws.  Both Victoria’s Commission and the Racial & Religious Tolerance Act are prejudiced against Ordinary Australians; in fact prejudiced against White Australians.

But the charges against the Bendigo Three are as bogus as they are politically motivated by the Labor Party.   Australians need to stand up to this abuse of power.

Australia First Party’s President Dr Jim Saleam and party members were present at the court in Melbourne today in resolute nationalist solidarity with Mr Cottrell.   The trumped up charges against the Bendigo Three shall be vigorously defended.