Civilised Western nation Australia should man up and follow France’s moral lead to ban the burqa in public, including in public buildings like Australia’s Parliament House. 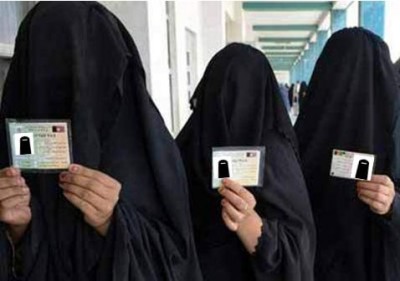 Chicken wire or glass segregation is not good enough.  This is secular Australia. No Burqa, no Niqab, no face coverings allowed because they represent a barbaric culture, demean women and send the wrong message that medieval Muslim values are tolerated in Australia.  Allowing Muslim dress is a wedge to allowing sharia law.

If Muslims don’t like it, then they can go back to where they came from – the desert Islam lands of shimmering mirages and goat herders.

Leftist extremist Tanya Plibersek should try wearing her bikini along Qatif Beach, Saudi Arabia. See what happens in the Muslim World to a bikini clad blonde!  When in the Middle East…  When in Australia… 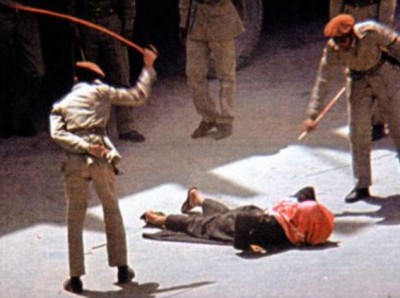 Liberal senator Cory Bernardi is right to call for a ban on all “facial coverings” at security checkpoints as people enter pubic buildings in Australia.  Parliament House in particular is a prime terrorist target.  It is the Australian people’s building, not a Muslim building. The people who come here should feel safe. 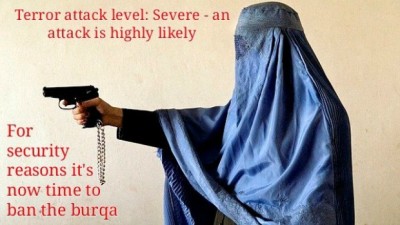 But it is to be expected that foreign leftists like Rudd-installed Race Discrimination Commissioner Tim Soutphommasane, has come out critical of any rules to restrict entry to Australia’s Parliament.  He would condone anyone’s entry – anything to tear away at the Australian culture. 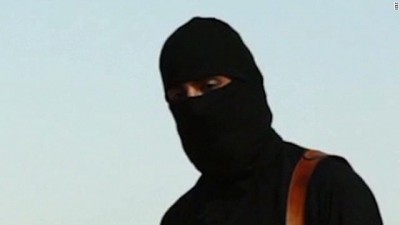 Allow the burqa and you allow the balaclava
– same Muslim culture, different sex

Same with Rudd-installed Sex Discrimination Commissioner, the indignant Elizabeth Broderick, who claims the burqa is about Muslims women’s freedom.  She says “It is discriminatory to treat women differently or less favourably…” 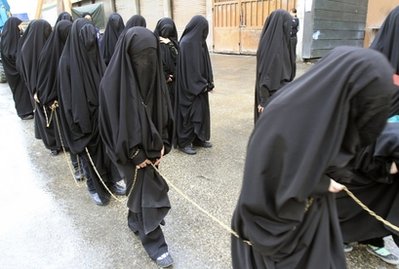 Yet anyone non-Muslim has no right to face covering based upon their beliefs?  Isn’t that discriminatory? 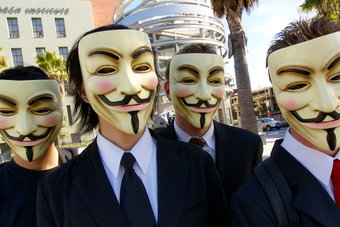 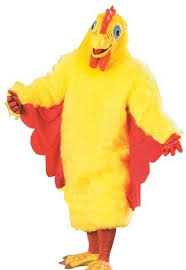 Chicken Man has rights to!