So Tony Abbott is spending like Rudd, while Hockey is trying to flog off Australia’s national public assets.  Both Labor and Liberals splurge on pet projects, like the NBN and US Defence, then after bleeding the nation’s treasury dry and running up intergenerational debt, both Labor and Liberals alike look around to liquidate the people’s wealth.

Qantas, CommBank, Telstra – the Liberals are no different to Labor.

Problem is that the government is not the owner.  Medibank Private is owned by members/policy holders of Medibank Private. There are 3.8 million members. There is not much doubt that Medibank Private’s equity including accumulated reserves has come overwhelmingly from members’ contributions.

Medibank Private was first launched in 1976 with operations placed in the hands of the Health Insurance Commission (HIC).    Declassified cabinet records show that the Fraser Government believed in 1981 that Medibank Private was owned by its policy holders (registered members).

For the next 17 years, government bureaucrats were adamant that the fund’s members were beneficial owners of its assets.  Experts in the Attorney General’s Department, the Australian Government Actuary and the Department of Health, advised the committee that the Commonwealth did not own the assets of the health fund even though its operations were being managed through the Health Insurance Commission, a public authority.

The high level advice was recorded by the committee in a confidential memorandum on 19 March 1981: “The Commonwealth does not in any legal sense have equity in the Health Insurance Commission or in its assets.” 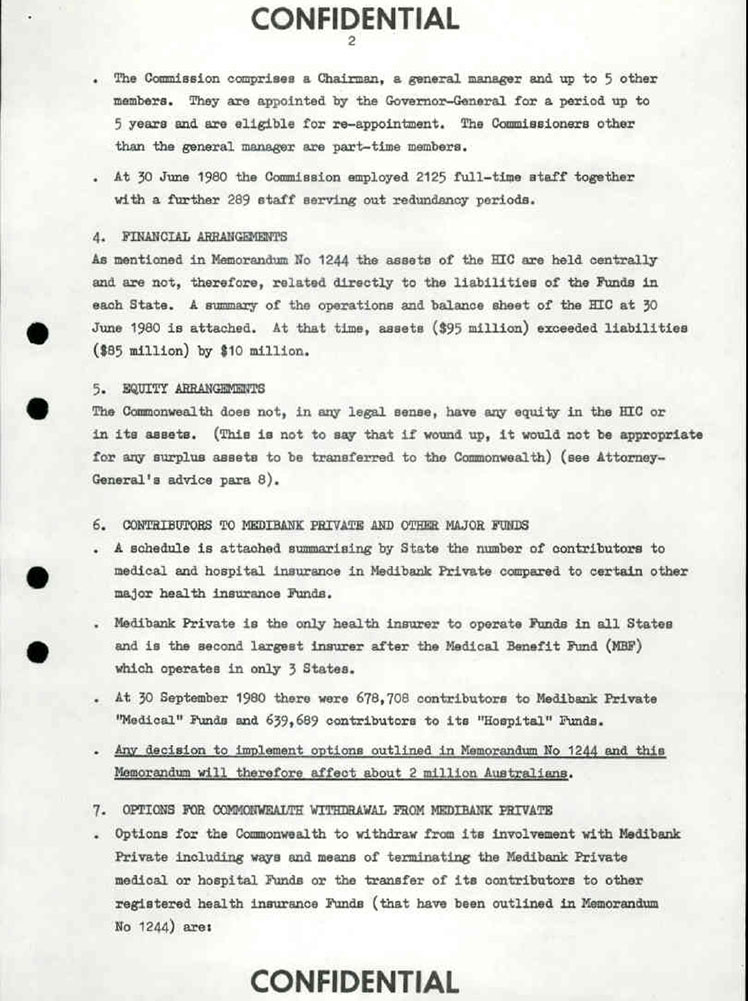 The accounting treatment of Medibank Private was changed in 1997 by the Howard Government. This established government control and ownership of the fund.   In a tricky arrangement, the term ‘members’ equity’ was removed from the balance sheet and replaced with a new concept of ‘fund equity’.

The Howard Government then directed the Health Insurance Commission to transfer equity of the fund to a new government-owned company known as Medibank Private. 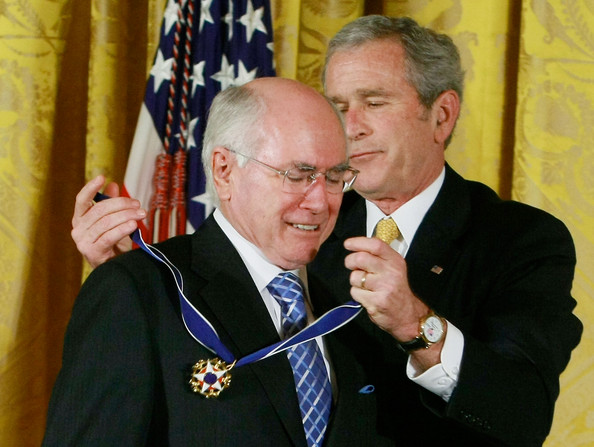 It would seem that the actions of the Howard Government and later the Rudd Government were designed to extinguish the rights of the members/contributors.

Privatisation in this case is not just public theft, it is grand larceny from the 3.8 million members of $4 billion.

Problem is that records show that apart from $10 million of seed capital that was later repaid, the Federal Government did not make any capital commitments to Medibank Private before 2005. For more than 30 years the fund relied on the contributions of members to meet its capital requirements. It was a self-funding business.

Labor has repeatedly demonstrated that it simply cannot budget within its means.  Whereas the Liberals always promise to repair Labor’s debt, but then become deceptive and self-serving.  Labor promises the world to get re-elected. 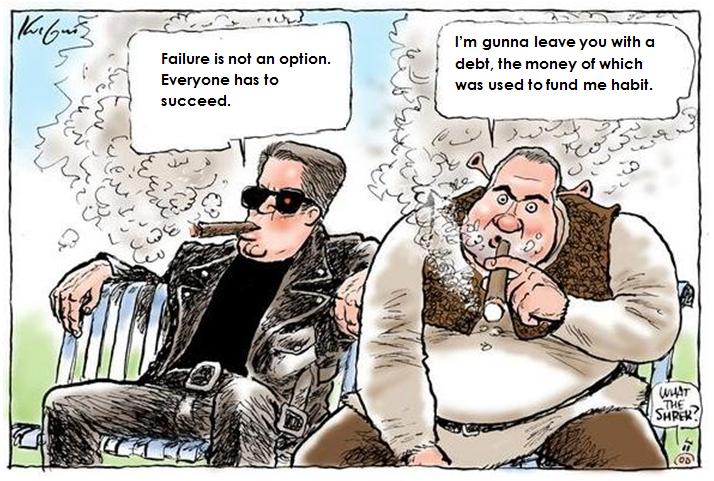