Extreme gale force winds of up to 325km/h and waves up to 12m high have devastated the homes and infrastructure of the Pacific nation’s 900,000 people.   About 1300 visiting Australians have been caught up in this natural disaster.  Other Pacific islands have been affected to a lesser extent including Tonga. 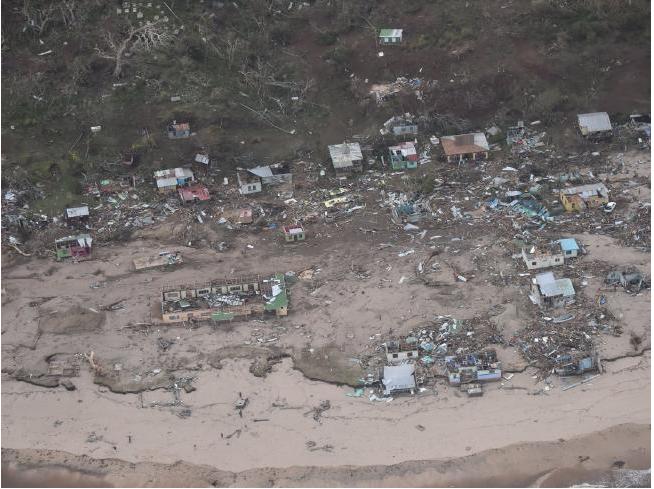 It is at such times that capable neighbours respond with emergency relief and assistance to the government and its people.   Both Australian and New Zealand are well equipped to respond immediately to mitigate the damage, losses and potential further loss of lives.

This is what Australia’s foreign aid budget is all about – assisting those in our region in times of disaster and emergency, then helping with the recovery and rebuilding.  The $700 million of Australian taxpayer wealth that Tony Abbott gifted to invite 12,000 Syrian Muslims to migrate to Australia on welfare, ought instead to be going to assist the Pacific Islands in our region to recover and rebuild.  Australia had no business in Syria, Iraq, Afghanistan, Somalia, Vietnam, Korea, or Europe.  We did have self-defence or otherwise regional security business in Papua New Guinea (1941-1945), the Solomon Islands (2003-2013) and in East Timor (1999-2000).

Natural disasters are a fact of life and in our Oceanic region, severe cyclones are a prominent component.  Only last March, severe Tropical Cyclone Pam devasted another Pacific Island neighbours of Vanuatu, Solomon Islands, Tuvalu, and New Zealand.

With Oceania to the east, Antarctica to the south and the Indian Ocean to the west, these combined geographic regions traditionally represent the extent of Australia’s strategic sphere of support and co-operation.  Some refer to it as Australia’s Sphere of Influence or Australia’s Economic Zone.

Perhaps a more appropriate term is ‘strategic security zones’.  These extend beyond Australia’s territorial waters to regions where Australia has held a traditional presence and over the years First World responsibility and accountability for defence issues, border protection, emergency response and aid, social unrest, etc.  It extends from half way across the Indian Ocean, the entire Southern Ocean with a substantial part of Antarctica to the south, to the north up to Indonesian territorial waters, to the north-east up to Melanesia and to the east out to the western region of Polynesia. Much is shared co-operatively with New Zealand.

These zones are largely maritime.  From a regional security perspective, zones are ranked according to distance from Australia’s coastline.  The first zone is Australia’s Territorial Sea – out to 12 nautical miles (nm).  Then there is what’s referred to as a Contigous Zone from 12nm out to 24 nm from the coast. Thereafter, generally approximating the continental margin out to 200nm is Australia’s Exclusive Economic Zone.  Beyond that, by historical default Australia’s strategic responsibility extends as identified in the paragraph above.

It is a manageable joint catchment for small capable nations like ours.  It is way big enough.  Australia does its bit and has accepted regional responsibility to search for missing Malaysian Airlines flight MH370 across the Indian Ocean.  It has cost us more than $100 million already.

Beyond this to other distant regions are responsibilities for other regionally capable nations. 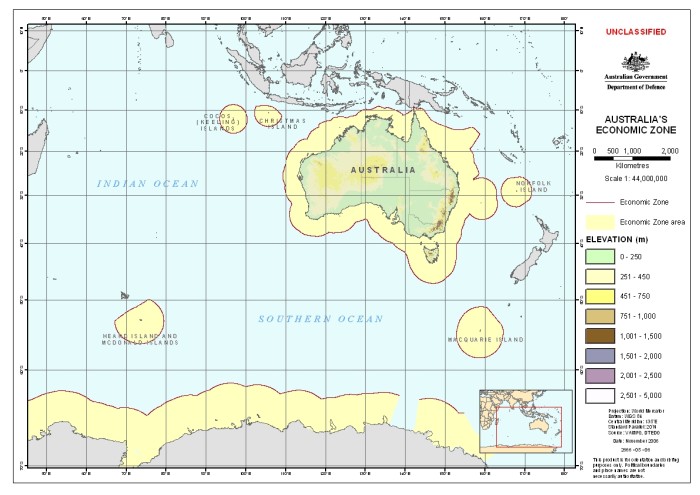