If Australia’s enemies were to wish for the best way to incapacitate our nation, they would start by destroying our energy infrastructure.  That’s the first thing Imperial Japan did when it bombed Darwin in 1942 – amongst the prime targets were the fuel storage tanks on Stokes Hill.

Or they could wait until anti-Australians within do it themselves these days.  It’s called defeatism.

Liberal and Labor jointly are dismantling Australia’s industries.  They’ve taken turns in government to do so since Whitlam, using ideological propaganda like ‘free trade liberalisation’, ‘offshoring’, ‘privatisation’, and ‘economic rationalisation’. 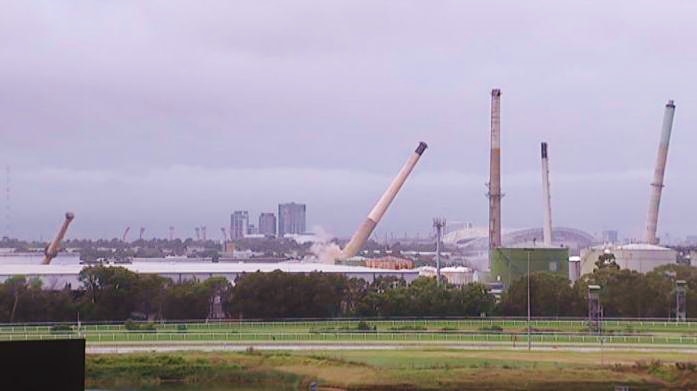 Falling our industry, failing our future

The petroleum refinery at Clyde should have been Australian-owned and operated.  Australia has vast reserves of oil in Bass Strait and the Timor Sea and we have the technology and know how to explore, extract, transport, refine and distribute petroleum to petrol stations nationally.

All nations need liquid fuel (petrol/diesel/LPG).  But few nations in the world are self-sufficient in liquid fuel to provide a competitive edge in fuel dependent industrial production.  But Australia’s politicians are stupid.  They repeatedly abandon, flog off or just gift away our comparative advance assets and thus are step-by-step surrendering Australia’s industrial independence.

Since the 1940s, the Woomera Rocket Range was perfectly placed to lead the world in rocket and satellite launch technology, which would have been a boon for South Australia. It was effectively abandoned in 1999.

The Clyde Refinery was not owned by Australia.  It was owned by foreign multinational, Royal Dutch Shell, which operates not for the benefit of Australia’s national economy, but for profit margins for dividends to its owners – shareholders in the Netherlands and elsewhere.  Essential energy is being dismissed as if discretionary high fashion. When public assets are privatized, the entire operating rationale elevates cost and productivity well beyond any sense of public responsibility, let alone national fuel independence.

Shell operates in a global market place and so “mega” foreign producers in the cheaper Third World (India, Korea, Japan and the Middle East) can produce more fuel cheaper than Shell in Australia.

So Shell, not content with a national operation in Australia, chose to shut down the Clyde Refinery in 2011.  Shell sold its Clyde Refinery to Viva Energy, owned by Vitol a foreign multinational trader, as if it matters.  In August 2014, Shell sold its entire downstream business in Australia, including its Geelong refinery and 870 retail sites, along with its bulk fuels, bitumen, chemicals and part of its lubricants businesses to Vitol, for A$2.9 billion.  Vitol is globally headquatered in Switzerland.  It is a major controller of the global oil market with dodgy deals, dodgy connections and a record of corruption.  Read More

Foreign oil refiners BP, ExxonMobil and Caltex have done the same.  ExxonMobil’s Port Stanvac refinery near Adelaide was mothballed in 2003. Recent closures of Shell’s Gore Bay terminal, Caltex’s Kurnell refinery in Sydney and BP’s Bulwer Island refinery in Brisbane, have left only a refinery in Lytton in Brisbane, at Altona in Melbourne and Kwinana south of Perth.   The closures have made Australia more reliant upon fuel imports and prompted warnings that it is becoming more exposed to international risks.

If Australia owned the refineries and produced just for the Australian market, it would be profitable and sustainable, so long as cheap Third world fuel was not dumped on our shores.  Clyde produced 75,000 barrels of petrol a day, and along with its Geelong refinery in Victoria, domestically supplied 25% of Australia’s petrol needs.

National independence has nothing to do with becoming some notional republic.  It is about self-determination and self-sufficiency and resilience.

Going with the refineries is the domestic technology and the domestic know how – hundreds of skilled and expert Australians made redundant, because these foreign multinationals choose to compete with the Third World in a price dumbing down spiral.  Artificial carbon taxing doesn’t help.

Australia’s exposure to trade dependency and finance with China in recent weeks reveals the vulnerability of foreign interests on Australia’s economy.   What onshore reserves and strategies are in place to respond to supply disruptions during times of crisis? 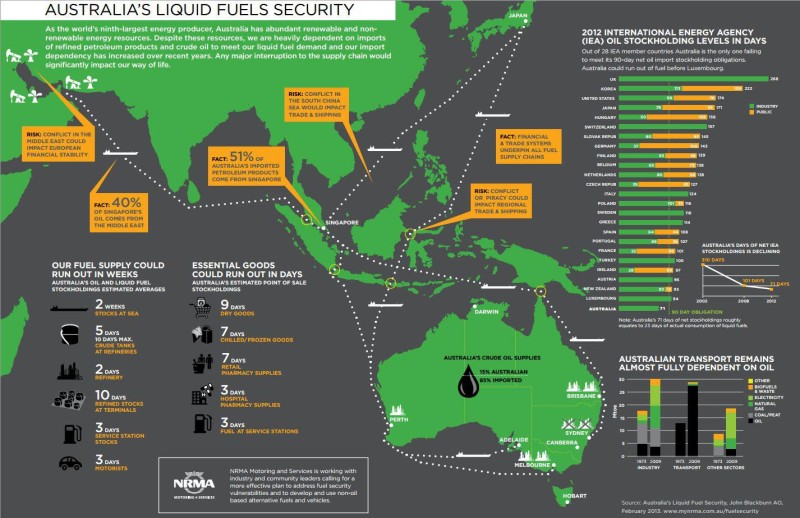 Australia has never been so energy insecure and will be completely dependent on overseas fuel by 2030, if not sooner.

In Sydney alone there are 25,000 truck trips a week that do our food supply. If that supply is turned off, it’s not a matter of having to import some product, our way of life stops. It’s that fundamental.

“Australia may one day get a rude shock when the tap controlling the flow of oil to these shores is abruptly turned off.”

Yet does innovative, agile sidestepping Malcolm Turnbull give a toss or is he just happy to be bloody disruptive?

She’ll be right!  There’s never been a more exciting time for unicorn governance. 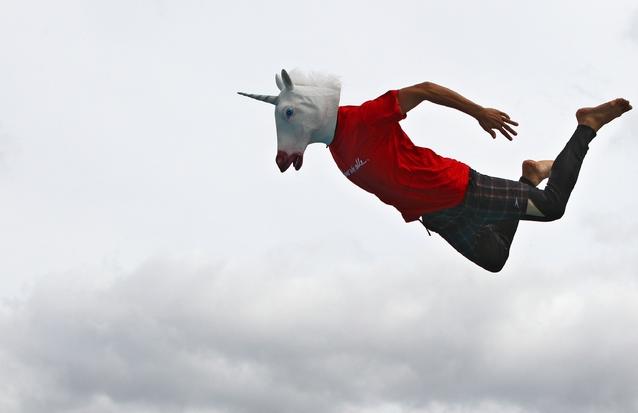 Imagine Turnbull in a national crisis!  The bloke’s a joke, just like his turnstile headless chook Cabinet.

Labor is singing from the same liberalisation hymn book. Under the Rudd-Gillard-Rudd debacle (2007-2013) it was all a laissez-faire approach to refining.  Labor’s then Draft Energy White Paper stated a growing reliance on liquid fuel imports was not considered to impair long‐term liquid fuel security due to our ability to import an adequate and reliable supply of liquid fuels through well‐established and diverse international supply chains.  In a statement following Shell’s decision to shut down the Clyde refinery, Labor’s then Federal Minister for Resources, Martin Ferguson, said the future of the refinery was a commercial matter for Shell and he didn’t have concerns about security of supply.

“The difference between a stupid man and a wise one is the stupid man’s inability to calculate the consequences of the action. The same goes for government.”

As well as being comparatively small, Australia’s oil refineries are old, with the last refinery built in 1965. Consequently, they require large investment for upgrade in line with evolving environmental standards.

Who’s neglect is that?

It’s no different to siphoning off revenues from Energy Australia by successive Labor and Liberal state governments to fund their pet projects.  And then after privatising electricity, NSW Premiers O’Farrell and Baird justify why the new private owners have to massively increase electricity prices to fund the upgrade of long-neglected poles and wires infrastructure.