Australia’s Navy is spending millions on its current recruitment drive on Sydney Harbour that it calls a Fleet Review, complete with fireworks, enemy spy ships and patriotic speeches by pompous VIPs bleating on about representing Australian identity and ideals.

Our Navy has spent the last six years directed by the Labor Party to facilitate an Indonesian door-to-door standby taxi service for 50,000 illegal immigrants.  Mobile phone calls are placed by bridgehead illegals in metro Melbourne or Sydney to Australian emergency services’ triple zero hotline, so the RAN obediently steams to contravene Customs, sometimes even up to the Indonesian coast.

Hardly defending our national ideals or our sovereign borders. 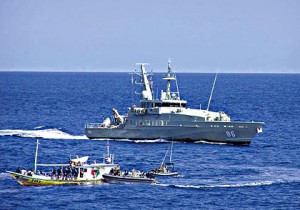 Navy recruitment drives inviting young men and women to see the world, be trained to world class and to change their life for the better.  But shiny Navy’s brass deceive the parents of recruits.  Once enlisted and confined to HMAS Cerberus or HMAS Creswell, mythical shiny Navy quickly descends to old naval dark form as discovered by keen wide-eyed X and Y gens.  The Navy ‘see the world’ myth has been exposed by so many experienced sailors who continue to harbour traumatic accounts of intimidation and abuse, many still serving or else resigned and often on the turps.

History cannot be hidden below decks.  Rotten eggs will waft and stain any vessel.

Revelations of systemic brutality by recruits inside Australia’s Navy have shocked Australians and prompted survivors to come forward with stories they’ve kept hidden, sometimes for decades.   Decades of violence have been reported in the media by many former personnel. Boys as young and 15 and 16 have endured horrific personal abuse.

The Navy brass need to publicly expose, apologise and financially compensate Navy abuse victims, then resign in humiliating dishonourable discharge disgrace.  Nothing less can better serve Australia with pride.  Start with those highlighted on  http://www.adfabuse.com/Welcome.html

Start with the allegations by 18-year-old ADFA female cadet “Kate” officer filmed and paraded on Skype without her knowledge while she had sex with a fellow cadet at the ADF Academy in Canberra.  ADFA refused her any support for the abuse and allowed her to become a bullying target of a slur campaign with verbal taunts of “slut” by fellow students for making unauthorised contact with the media.

Kate was subject to a disciplinary hearing into a separate matter of drinking and absenteeism, to which she pleaded guilty.  Kate has been fined and is currently confined to base.   Several people have since come forward with more allegations of sexual assault and cover-ups in the Defence Force including Australia’s Navy.

Australia’s Navy also is quick to disown its own qualified sailors when they get injured. Petty Officer Kurt MacKenzie was gassed while on active service in August 2006.  He was accidentally gassed by lethal hydrogen sulphide on board a patrol boat off Darwin, yet the Australian Navy has ignored and delayed his due compensation claim may result in a sailor dying before he is paid. 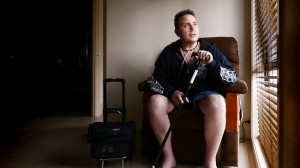 This Navy Sailor now aged 44, has just 37 per cent lung capacity, is permanently on oxygen and will never work again.  He receives a pension of $1900 a fortnight.  He suffers from curvature of the spine, narrowing of the oesophagus and post-traumatic stress disorder.  Yet the Australian Navy claims that he is not eligible for a lung transplant and faces a slow and painful death.

Navy Petty Officer MacKenzie has waited nearly seven years and doesn’t want to finish up like sailors from the infamous 1964 Voyager disaster. They each waited 35 years for justice and compensation. Some died waiting despite serving their country, because of Navy Brass.

“All I want is to be able to pay my mortgage and protect my family,” he said.

His father John MacKenzie describes his son’s treatment as “disgusting”. He said Kurt loved the navy and all he ever wanted as a boy was to go to sea. “We gave him to the navy as a healthy, A1-fit 17-year-old and we got him back a total wreck,” he said.

My son has been forced to take legal action again the Navy to get just compensation in the line of duty. 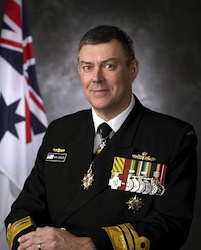 Cough up Griggo!  You are jacking on your mates and feeding gouging lawyers, far from honourably serving Australia with pride.

Australians who are prepared to dedicate their lives to serving the Australian nation at the highest sacrifice are being treated with contempt by the Navy, the Australian Defence Force and both Labor and Liberal politicians when in power.

It is a despicable slur on the unconditional loyalty to our Nation of our Navy’s finest. 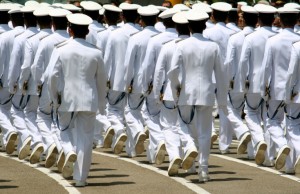