America’s Democrat President Barack Obama has allowed his US government to officially run out of money.

Obamacare excesses know no socialist bounds.  The problem is not one of budget, but of one man’s idealistic ideology.  Why does means testing health insurance not appear on the bold black radar! 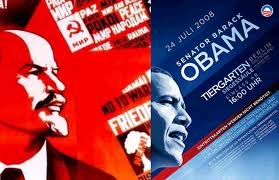 The United States tonight is technically insolvent simply because of one stubborn over-rated uni graduate who can’t budget.

Obama points his finger of blame against the frugality of traditional Ameican conservatives, while abrogating his due diligence in fiscal responsibility.  He could have done this, he could have done that.  Obama has had nearly five years.

He knows what he is doing. Obama is proudly Easternising America towards socialism.

Leftist Democrat spendthrift and loose morals have dragged America’s wealth down to the brink of collapse. Australia’s trade, currency and stock market value exposure is life-supported by one stubborn American con artist who grabbed Harvard credibility and learned to sell in the capitalist American tradition.

Then he conned 300 million of his American electorate, pissed off with Bush, to swing over.

In the Bernard Madoff tradition, Obama is dangerous.

Australia has its national wealth skewed on one foreign basket case.