SBS Australia Board of Directors continues its relentless anti-Australian cultural propaganda campaign with its current release of “Legally Brown”.

Ethnic Sri Lankan, Nazeem Hussain, an actor with both SBS and its culturally incestual Aunty ABC, has produced yet another racially motivated slur upon colourless Australians.

Yet the SBS Board is relentlessly ramming antiAustralian sentiment down our throats.

The SBS Board is prejudiced toward immigrants, but they should get out more.  They should reflect on Greater India, where brown is preferred skin colour.  This includes pre-partitioned India, so Pakistan, Kashmir, Bangladesh, Sri Lanka, Goa and some smaller seized territories.  In the subcontinent, being brown legally affords you more rights than nonbrowns.

Try being a lower caste in Greater India like a Dalit.  You are untouchable. Try being left handed in India.  If you were born in Greater India after 2004 you cannot be Indian by birth unless your mother or father is Indian.  So you are an outcast.

Try finding out about all this on SBS.

These selected programs are calculated and divisive to Australian society.  They transgress the Australian Communications and Media Authority’s code of practice under the guise of being “multicultural” and “satirical”.

When sacked socialist PM Gillard was in power, she massively increased the SBS budget and reappointed the SBS Board.  Australians pay for SBS content through their taxes of course, yet the SBS Board seems to be unaccountable.  Polish chairman of SBS Joseph Skrzynski and Lebanese CEO Michael Ebeid seem to be able to propagate their agenda with no accountability or balance.

They need to travel overseas to the foreign cultures they covet, experience the backward reality that prevails and return to Australia and be thankful and respectful that they live in a lucky tolerant country. 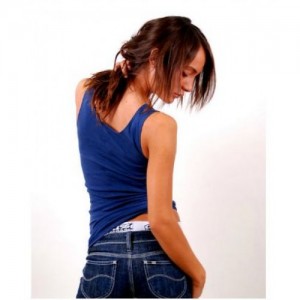 But if you are female in India, you have one in three chance of being raped sometime during your life.   Most likely your assailant will be a family member. Three out of five Indian women are assaulted by either their spouse or intimate partner.  In tribal India native women are murdered at a rate more than ten times the national average.

In Australia, expat Indians claim that they are persecuted.  Yet the statistics shows that Indians who have been assaulted or killed in Australia have been done so by their own countrymen.   Indian fruit picker Ranjodh Singh was murdered in 2009 in the New South Wales town of Griffith.  Police accused Indian nationals Harpreet Singh, 25, Gurpreet Singh, 25, and Harpreet Kaur Bhullar, 22 with his murder.

Australia’s second largest city, Melbourne, has become a concentrate for Indian immigrants to Australia.  Over 100,000 of Greater Indian decent make up 2.7 per cent of the population, mainly unintegrated in the south eastern suburban clusters of Burwood, Clayton and Noble Park.

But violent assaults against Indian students in Melbourne have been found to be random and not racially motivated.   The anti-Indian racism is a media beatup.  Melbourne is just a dangerous place for knife crime for anyone.

Rape in India has become a national problem, yet legally in India marital rape is not considered a crime.   Rape cases in India have doubled between 1990 and 2008. According to India’s National Crime Records Bureau, 24,206 rape cases were registered in India in 2011, although experts agree that the unreported cases of sexual assault is likely to be much higher because most go unreported.  One woman is raped every 20 minutes in India, and the number of children raped has increased by 336 per cent in the past 10 years.  Most rapes in India occur in the capital New Delhi.

In 2012, the International Centre for Research on Women conducted a survey amongst New Delhi residents finding that 75 per cent of male respondents said “women provoke men by the way they dress.”

But trying finding out about ethnic racism, sexism and violence outside Australia on SBS.