The Labor leadership ballot between All Spin Albo and Machiavelli Shorten has Labor Party members of Parliament granted 350 times the votes of ordinary working members.  Labor’s 86 members of Labor’s Caucus are choosing who is to try to bullshit them back into power perhaps sometime in two or three electoral cycles time.

At least parting Rudd, keen to leave his battered personal legacy and not forgotten, granted the Labor hoi polloi a meagre first time privilege to choose a leader.

But who cares who wins?  Labor is a lost cause to its own naval-gazing self-interest and electoral deliquency.  So Labor’s hairsplitting today between its notional factional oligarchs  can only entrench career self-interest and blind delinquency.   For what?

Why do ordinary working Australians vote for braggart Labor boofheads?

Under Labor teachings, each Labor MP’s vote is worth about 350 rank-and-file votes.  This is Labor pure aristocratic put down of its own rank and file.  Labor MPs think they have 350 times the rights of ordinary Labor members.  Since when did the working class faithful of Labor grant their representatives aristocratic delusions of elitism above their own? Everyone’s shit stinks.

This says it all about Labor’s self-interest over universal suffrage.  One man one vote does not resonate with the Australian Labor Party, so which casts it as an irrelevance to Australian society.

Like the misnomer that The Greens have become, supporting instead 50,000 boat illegals, marriage for She Male adoption of innocent children, and suicide demand lead recovery; Labor is a misnomer as it has no connection to ordinary Australian workers.

The Liberals would prefer the vote was restricted to those with property and wealth, and membership of the Liberal Party.

The spirit of Australian trade union movement is a whimper under the LibLabs and Greens.   Labor has abused and infiltrated the unions with its own political career appointees.  The Libs condemn unionism to history under their contractor only corporate ideology. PM Abbott’s unconditional Free Trade invitation to China will certainly import dump on Australian markets forcing decent paying Australian workplaces into bankruptcy and their workers on the scrap heap.

Past Liberal PM John Howard could even be set to be remembered as the Aussie Battler’s protector, in stark contrast with Abbott’s corporate greed multinational landscape vision.

From 1788 convicts to 2013 casual contractors, Australian workers have copped slavery through to corporate greed and disposability.  From the Castle Hill Rebellion protest for fair conditions and food rations to a week’s annual leave first granted in 1941 to wage indexation in 1975 to occupational health and safety standards in 1999, Australian Unionism has doggedly fought against the self-styled aristocrats.

Australian Unionism in the true apolitical sense exists to uphold the decency of the Australia workplace and its workers. 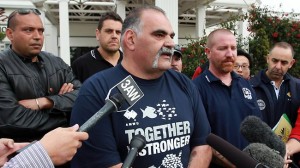 But corporate-geared LibLabs since Keating have steadily corroded the ability of democratic unionism to uphold Australian workplace decency.

Australian values equate to decent conditions of work for all Australians. A fair day’s work for a fair days pay so the boss can make a fair profit, no more no less, no greedy exploitation, no special treatment.

Australia’s advanced western civilised social standards prohibit child labour, improve worker safety, keep wages decent with inflation so that a decent standard of living is affordable for our unskilled, decent numbers of hours in a work week, provide public education for children, and bring other benefits to working-class families.

Australia is neither Third World slavery nor Hard American Capitalism that callously dumps its own on to the streets.  True Australians are fair and reasonable and will trust a man or women of their word.  This is traditional Australia and it needs to be what ordinary Australians must continue to fight for.  Australia’s forebears have built up Australia into a  world class nation.  It is not for Australians to lower our standards and betray our history for someone’s socialist OneWorldist extremist ideology.

These fundamental ordinary workers’ rights can no longer be found through entrusting the aristocratic Australian Labor Party. 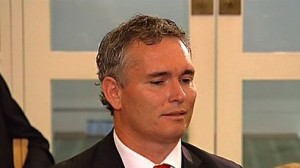 Australia First Party pledges to re-establish the primacy of rights to the ordinary Australians, above and beyond any legal, international or otherwise of all others – corporates and the like. 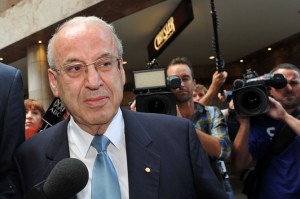