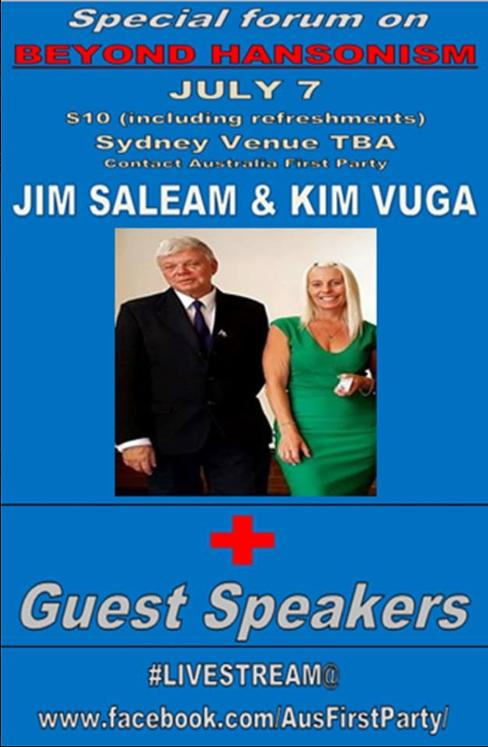 Pauline Hanson was once the great British fish n’ chip hope for Australians fearing being “swamped by Asians.”

It seemed that at last, an Australian had come along to challenge the established order that was selling us down the road of an all-consuming globalism which would see Australians and our culture replaced for the sake of an international economic oligarchy. 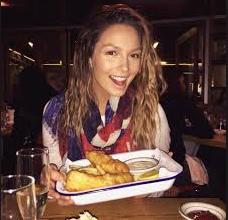 Many nationalist-minded folks saw Pauline as our saviour while the Liberal party, from whence she originated, saw her as a threat. Tony Abbott put together a slush-fund known as Australians for Honest Politics with which to target Hanson and her people for legal action. Tony ended up seeing her jailed in 2003 for election fraud only for the charges to be overturned upon appeal.

Jump forward in time, and Pauline, now elected back to the Senate with her One Nation party, sat in a grip-and-grin media op with the man who put her away, Tony Abbott. Australia is no longer under threat from China, according to her, but from Moslems. One Nation has become all but indistinguishable from the conservatism of the Liberal Party and Pauline has been exposed as a bourgeois more than ready to kick suffering Australians on welfare while putting in a good word with her followers for mining oligarch Gina “let them work for $2 a day” Rinehart.

Any trace of nationalism has disappeared altogether and Pauline is simply happy to make reference to issues of concern without ever committing to any sort of action beyond words. In fact, according to Pauline, who merrily had herself photographed with African children to dispel any ‘misconception’ that she ever represented White Australia as a mouthpiece, “you don’t have to be White to be an Australian”. No, all you have to do is embrace our ‘values’ whatever they be according to her and her free trade advocate pals.

On July 7, at a Sydney venue yet to be announced, Jim Saleam & Kim Vuga will along with others discuss Hansonism. It will not be a forum dedicated to airing grievances against her, but rather an analysis of how and why One Nation abandoned its nationalist potential in favour of free-market politics and why it has got so cosy with the very party that sought to have it destroyed. 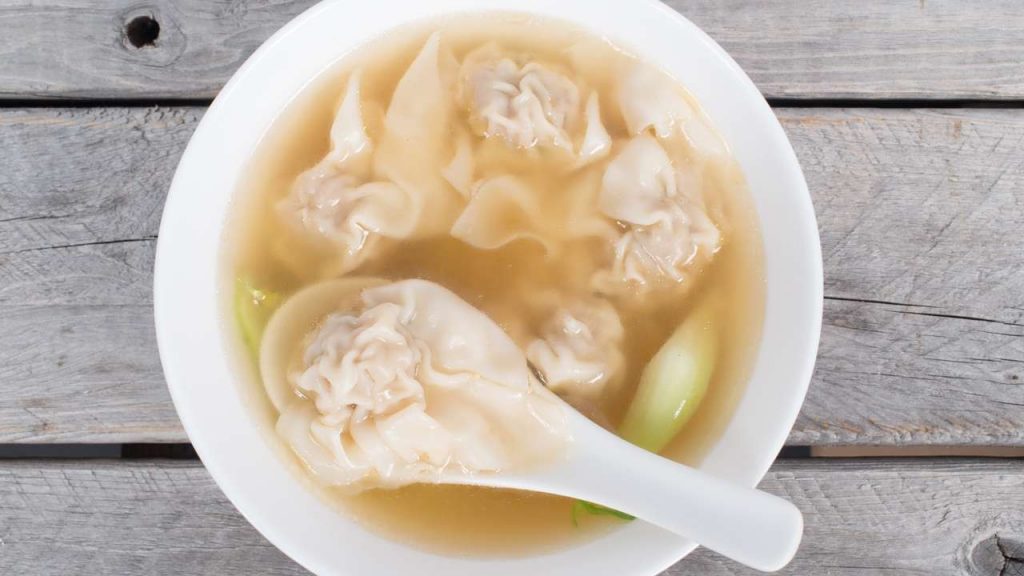 For those out of state and else unable to attend, we shall be live-streaming it on Australia First Party’s Facebook Page. 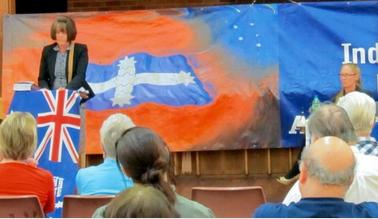 Beyond Hansonism: Dr Saleam warns patriots about the impending implosion of the Liberals’ One Nation satellite