When it comes to shooting dead Australian teenagers, like Tyler Cassidy, or rough-handling the mentally ill and homeless, Vic cops are as tough as Dirty Harry. But when race is introduced as a mitigating factor, they are cringing chickens. In fact, that should be the new Victoria Police crest – a cringing chicken on a shield.

As you will see in the supplied video, which was posted somewhere, and filmed “somewhere (else) in Melbourne”, a black Victorian patrol car can be seen pursuing an idiot on a dirt bike up a suburban street. A very stylish set of smart, upstanding Lebanese Australians sporting Nikes and Sinbad hairdos are distracted from busily enriching us, to surround the car.

Perhaps it’s customary at Middle-Eastern weddings to razzle the police and therefore we’re getting upset over nothing since it’s part and parcel of the vibrancy we all welcome as part of multiculturalism’s valuable gift. We shall proceed on that assumption since it would be racist to describe their behaviour as anything but misunderstood.

When the police switch on their siren, one of those wedding guests (assuming it’s a wedding and not a gang initiation) yells, “F*** off!” This, we believe, is Arabic for “Go in peace and prosper, my Australian brothers.”

One of those, dressed in a suit as for a wedding, possibly the groom, comes out to give the car the finger and grabs the door handle on the passenger’s side of the vehicle. Meanwhile, the others surround Victoria’s finest giving an equivalent display of respect Middle-Eastern style.

Dancing around as though whirling dervishes, the buoyed Brothers shout “HERE! HERE!” and film the car with their mobiles, to make sure at a later date that none of their faces fails to be recognised. This is the genius of the Middle-Eastern mind, on display in all its cunning and shrewdness.

All of a sudden, Victoria Police adopt a surprising strategy known in the world of warfare as “chickening out.” They begin to reverse while being pursued by the Lebanese men and their ridiculous hairdos. They can be heard whooping and shouting as they go, having won a major victory, or else just concluded a respectful Arabic custom.

In what sounds like English, an eloquent young guest then calls out, “What are you f****** going to do now, pig!” Although in his excitement he’d mistook a pair of chickens for pigs. Can’t be helped, as we understand Arabs have a fixation on pigs. They don’t like them and won’t eat bacon on their KFC burgers.

As the cops turn around and speed off, the dirt-bike riding idiot gets up his pluck and chases after them. We’re not sure what he intended to do once catching them, but it would’ve been culturally enriching all the same.

Yes, Victoria Police, you have to hand it to them. If they’re not corrupt, they’re cowards, if they’re not beating on Aussies, they’re giving a free pass to anyone who is not native-born. It’s just how they’re trained and what’s expected of them.

You can’t ask us to take sides in this thing, because we’re unprejudiced and unbiased either way. We’re objective, see.

When contacted about the footage by the Daily Mail, the Victoria Police had “no comment” to make. 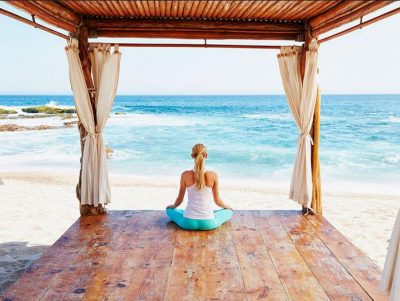