Russia’s old KGB spy, Vladimir Putin, has ordered 40,000 Russian troops to mass ready to invade their cousins in Ukraine.  Egomaniac Putin has sent in crack undercover militias in advance to disrupt and disarm key Ukrainian assets ahead of his full-scale military invasion.

Putin has already deployed 25,000 troops into Crimea and secured the first stage covert invasion of Crimea and of southeast Ukraine by thousands of his unmarked special forces, branded for the lapdog media as pro-Russian separatists.

Putin’s lies are keeping the West passive in our time:

First KGB Lie: Radical Neo-Nazis and nationalistic extremists have gained control of the Ukrainian government and have embarked on a campaign of brutal repression of innocent ethnic Russians, who live primarily in the east and south of Ukraine. Their fear of Ukrainian radicals has prompted these ethnic Russians to revolt spontaneously against Kiev without any prompting or organising from Moscow.

Second KGB Lie: Russia has not been and will not be involved in the spontaneous demonstrations and takeovers (by force) of municipal buildings, police stations, and municipal administrations. Although the demonstrations appear coordinated to achieve specific geo-military goals, the patriotic ethnic Russian “self defense forces” are doing this on their own. 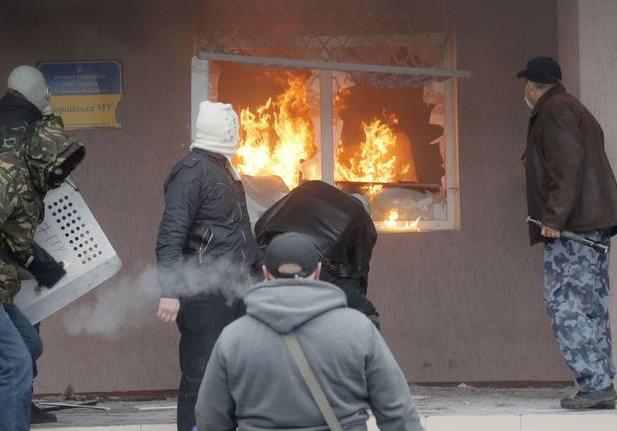 Ukraine’s interim president has hit out at “aggression” from Russia, yet Russian full-scale invasion is primed and imminent.

Ukraine is about to lose its sovereignty to Putin’s Russia set to seize and annex Ukraine’s  valuable economic assets. Only Ukrainians can save Ukraine at this time. Ukrainians are a proud people.  Ukrainians have come under attack by Moscow before in 1919 and in 1941 Ukrainians defended their ancient city Kiev against the Nazis is one of the proudest home defense battles in history.

Man-boob Putin needs to learn from history and not test the Ukrainian spirit. His old Russia is bullying Ukraine like it did with Georgians in 2008.   Recall the defence of Tskhinvali, but the real Russian threat will come from the air like in Gori and Tbilisi.

If Ukrainian leader Oleksander Turchynov does not make a stand to defend Ukraine now his nation’s identity risks being lost in shame to Russian history. 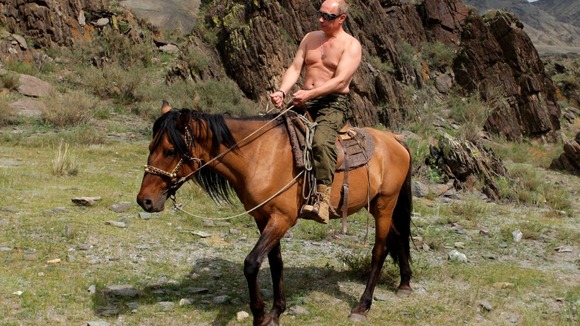