Imported 58 year old bus driver Xiang Lee, who prefers an Anglicised name Wesley Le (sort of) has been fined and had his bus licence cancelled for repeated speeding at 132 kph while loaded with passengers.

This chinese is a menace to the Australian travelling public according to the NSW Civil and Administrative Tribunal, after the Roads and Maritime Service threw the book at him.

But the arrogant bastard appealed. 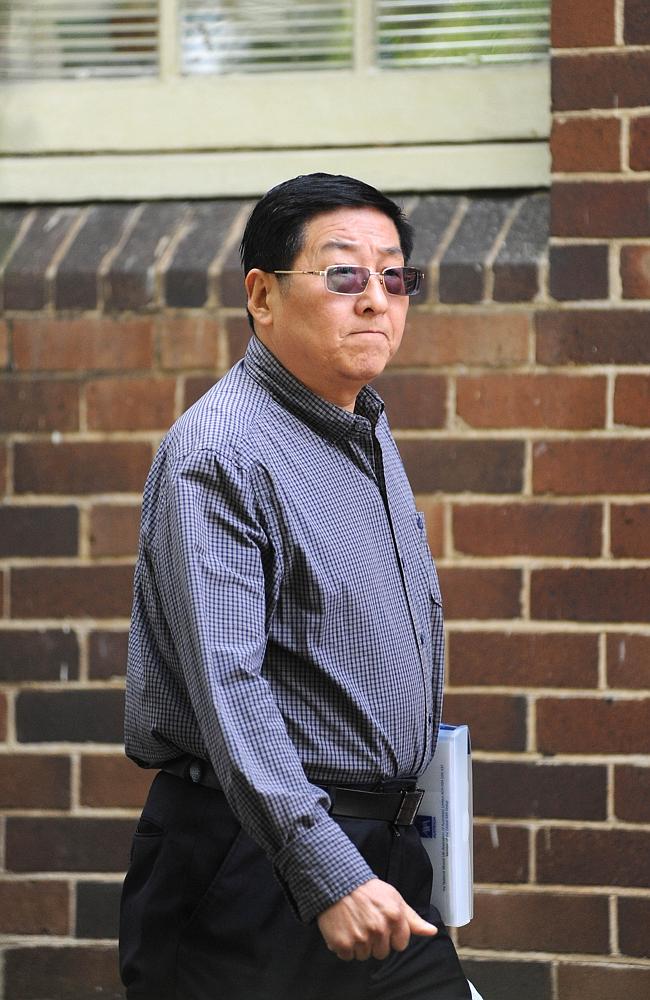 Mr Lee has a record of 51 known dangerous speeding offences since 2011.  He is registered with the illusive ‘Aussie Pingan Travel’ somewhere in Narwee, but like many chinese bus operators, has no fixed address.  According to Tribunal Senior Member Norman Isenberg, Mr Lee may have also tampered with the vehicle monitoring device on his Scania bus to circumvent RMS safety compliance.

And now Weley Lee wants a court to give him his licence back.

Mr Lee, 58, was stopped by the Goulburn Highway Patrol at dusk on the Hume Highway just north of Mittagong in July last year on his way back to Sydney from an outing in Canberra.

It was the third time in three years Mr Lee had been caught with a lead foot while driving a coach full of passengers. Police sources say Mr Lee has more than 50 prior traffic offences in Australia.

In 2011 he sped through a school zone in his coach. He was also nabbed while driving to Sydney Airport, using the excuse that his passengers were late for an international flight.

Mr Lee’s Scania coach, registered to Aussie Pingan Travel at Narwee, was detected by police radar speeding down a steep hill known locally as the “Big Dipper” on 24 July, 2013.

Pingan is the Mandarin word for “safety”. Aussie Pingan Travel — which only lists a postal address in Narwee as its contact — could not be reached for comment.

Mr Lee, also known as Xiang Le, was hit with an infringement notice for driving the 26-year-old bus at 132 kmh — well over the Class C Heavy Vehicle special speed limit of 100kmh.

Mr Lee took his case to the NSW Civil and Administrative Tribunal after Roads and Maritime Services cancelled his licence.  He has also pleaded not guilty in the Local Court to the speeding charge.

Before taking his licence away, RMS said that driving the bus loaded with 40 passengers at 32kmh over heavy vehicle speed limit risked the safety of the passengers and other road users.

In his written decision to uphold the licence cancellation, Tribunal Senior Member Norman Isenberg said Mr Lee has a “very poor record” and was “speeding at a dangerous level” when caught in July.   Mr Isenberg stated: “That (Mr Lee) had three speeding offences while driving a bus in less than three years suggests to me that he does not have sufficient responsibility and aptitude to be a driver of a bus.”

Mr Lee told the Tribunal that he had an excuse for speeding, saying that he had a problem with his eyes. He said they water when he is driving and this may affect his ‘ability to judge”.

Such shite should be deported to avert mass death on Australian roads. It is yet another case of Canberra letting in and dumping foreign scum on states like New South Wales to have to deal with.