Interesting how the chinese run places down via economic and industrial racketeering and then buy up the places (with laundered money from diamond mines, drugs, slave labour of their own people in forced labour camps and so on, other dubious businesses in Africa and abounds), where they exploit the locals and create wealth and colonise, all that infrastructure (run down but already in place) and land ready to exploit and turn into a
chinese province.

This is starting to happen in Australia, as jobs/industry are lost, as people are side tracked by substance abuse, multiculturalism and political correctness, no-one will oppose – a fine example of the Stockholm Syndrome.

Just look at the residential market in Sydney, Gold Coast, Melbourne and Australia’s arable farmlands, of course Aussie’s cannot compete with the blank cheques of the chinese and the corruption and greed of our own “elected” representatives.

Look at what the chinese are doing in vulnerable Detroit!

A report in America by Michael Snyder July 2013 reveals “Why Are The chinese Gobbling Up Real Estate And Businesses In Detroit?”

Detroit was once the center of American auto manufacturing and it had the highest per capita income in the United States.

As Detroit files for bankruptcy, the auto industry in China is whre the US industrial wealth went. So like vultures the chinese are moving in to pick off the corpses.  Lured by property sharks proclaiming that you can buy homes in Detroit for as little as one dollar, chinese investors are eagerly gobbling up properties. 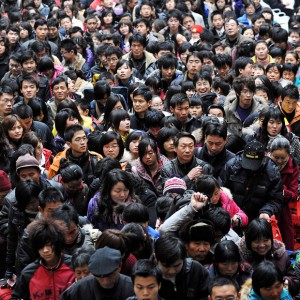 In some cases, this is happening dozens of properties at a time.  Not only that, according to the New York Times “dozes of companies from China” are investing in businesses and establishing a presence in the Detroit area.  If this continues, will Detroit eventually become a city that is heavily dominated by China?

At this point, not too many others appear interested in saving Detroit.  Right now, there are approximately 78,000 abandoned buildings in Detroit and about one-third of the entire city is either vacant or derelict.  People have been moving out in droves and there are only about 700,000 residents left.

For many Americans, Detroit is about the last place that they would want to live.  But to many chinese, this sounds like a perfect buying opportunity.  According to a recent Fox News report, real estate agents in Detroit are being overwhelmed with inquiries from China…

Downtown Detroit is home to one of the worst housing markets in the country, as prices of homes have collapsed and foreclosures have soared in the city’s depressed economy.

But some chinese investors hungry for real estate are hoping Detroit’s losses will be their gain. After Detroit filed for bankruptcy July 18, Motor City property has been a hot topic on China’s social media platform, Weibo, according to a Quartz.com report.

News of the bankruptcy, coupled with a ‘Chinese TV’ report in March that claimed you could buy two houses in Detroit for the same price as a pair of leather shoes, has piqued investors’ interest.

And these buyers appear to be quite serious.  One buyer reportedly bought 30 properties recently, and other buyers say that they want to purchase even more homes than that…
And it appears to be translating into real interest; Caroline Chen, a real estate broker in Troy, Michigan, says she’s received “tons of calls” from people in mainland China.

“I have people calling and saying, ‘I’m serious—I wanna buy 100, 200 properties,’” she tells Quartz, noting that one of her colleagues recently sold 30 properties to a chinese buyer. “They say ‘We don’t need to see them. Just pick the good ones.’”

Meanwhile, according to the New York Times, dozens of chinese companies are moving into the city…

Dozens of companies from China are putting down roots in Detroit, part of the PRoC’s steady push into the American auto industry.

Chinese-owned companies are investing in American businesses and new vehicle technology, selling everything from seat belts to shock absorbers in retail stores, and hiring experienced engineers and designers in an effort to soak up the talent and expertise of domestic automakers and their suppliers.

While starting with batteries and auto parts, the spread of chinese business is expected to result eventually in the sale of chinese cars in the United States. 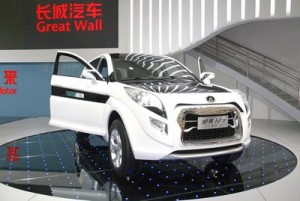 Of course this is not just happening in Detroit.  The truth is that the chinese are buying up real estate, businesses and natural resources all over the country.

A good samaritan snapped photos of what appeared to be two men impersonating police officers involved in a pistol-whipping and robbery outside a Citgo gas station on Detroit’s east side on July 21.

Once Fox 2 aired those photos, an even more disturbing picture developed.  “Several unidentified police officers were working this particular robbery case, recognized one of the suspects in the photographs as being a member of the Detroit Police Department,” Chief James Craig said Monday.

“In fact, they were police officers, just not working on-duty at the time,” Craig said.

Detroit is a dying, bankrupt city.  There does not seem to be much hope of a turnaround for Detroit any time soon. 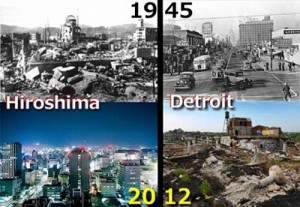 So why are the Chinese gobbling up so much real estate and so many businesses in Detroit?

is it that Detroit is set to be renamed “New Shanghai, Michigan” and become the new home of Great Wall Motors?