Skip to content
The following published as an editorial column in The Australian newspaper Oct 29, 2013, with suitable corrections added:

Under managing director Mark Scott the ABC has expanded but become less accountable.

Scott has abused Gillard socialist funding and favourable allocation of a lucrative government contract to work its way into every corner of the media market, forcing all private media, even struggling digital start-ups, to face a public competitor providing free content.

Commercial news services can even purchase news content from the public broadcaster. As the number of journalists in the private sector shrinks, the ABC expands.

What has Scott steered his ABC’s role to?  His political arm of propaganda like a Maoist equivalent of a wannabe Minister for Public Enlightenment and Propaganda; of a great keyboard on which Leftists may play?

Is it to continually expand its size and reach for no reason other than the unchecked bureaucratic tendency towards empire-building?

Mr Scott brazenly championed his empire and the Labor government was sympathetic. Twice the ABC contested a tender for DFAT’s overseas television service, worth more than $200 million over 10 years, and twice the ABC lost to Sky News.

Yet in a startling decision never convincingly explained, the ABC was given the contract regardless. Still, the Australia Network coverage of the recent bushfires was bettered by global players such as CNN and BBC World.

If we consider whether the ABC is reaching too far, we should also ask whether it is spreading too thin. Instead of asserting his editorial leadership, Mr Scott has been the cheerleader for his staff, extolling their virtues on Twitter to use to repeat a few key points over and over.

As editor-in-chief, his role is to impose standards rather than merely defend a largely autonomous editorial cohort. Propaganda is the art of practitioners, to persuade people of what the editor thinks right?

Last week, when Mr Scott described News Ltd’s exclusive story about Barrie Cassidy as an “outrageous beat-up”, he showed poor judgment. Slow to admonish transgressors in his own organisation, he prefers to find fault elsewhere. Yet when dubious government processes over Cassidy’s election-campaign appointment were revealed (along with apparent ABC co-operation in keeping the arrangement quiet), Mr Scott’s knee-jerk reaction was not self-examination but self-defence.

News’ modest story was such a beat-up that it led to the intervention of the Arts Minister and Attorney-General, George Brandis, and a wise and gracious resignation from Cassidy.

Everyone will have their own definition of a beat-up, but Mr Scott’s is important.  For instance, he presumably wouldn’t use the term to describe Four Corners’ use of footage surreptitiously shot by animal rights activists to inflame emotional claims about Indonesian slaughterhouses. Nor, presumably, would he apply it to the way the national broadcaster fuelled public outrage through extensive television and radio coverage, prompting a reactive government to pre-emptively ban a live-cattle trade crucial to both nations.

On the other hand, Mr Scott obviously decided other media’s revelations about the AWU affair, based on primary sources, constituted a beat-up the national broadcaster had best avoid. Given the claims about the pre-politics professional life of Julia Gillard have triggered an ongoing police investigation, we would query the reasons for the ABC’s apparent aversion.

It is the absolute right of the ABC to supervise the formation of public opinion?

Perhaps the ABC doesn’t get enough practice making editorial judgments because it has such a poor record in breaking stories; save for those spoon-fed by unions or environmental and animal rights activists. With vast resources and annual public funding of more than $1 billion, the ABC fails to break as many significant stories in a year as this newspaper does in a week.

This should concern Mr Scott, as should the news that even departing former foreign minister and NSW premier Bob Carr has referred to a Greens/Left/ABC/Fairfax/Agenda 21 point of view.

The ABC should have no political leaning and no discernible view except one of Australian nationalism, open-mindedness, curiosity, plurality and fair-minded debate. As a matter of priority, the Abbott government must review the ABC’s reach, role, funding and internal leadership. 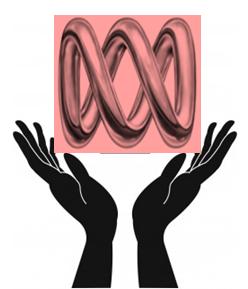