l would draw your attention to five articles from the Daily Telegraph (May 13 2021) and one from The Financial Review (May 15-16 2021). They tell a story. I make particular reference to the first and the last, but you can and should check the lot:

Extra Immigration, Not The Answer; an editorial commentary

No Rise in Pay, a commentary by Opposition Leader, Anthony Albanese

Wall to Wall Immigrants, in the World section.

The first piece was rather succinct. It summed up all arguments against the open-door immigration programs from previous years (most pertinently from 2014 until 2018 when immigration numbers doubled) – except two that are never raised – the ecological and the sociological.

“A report by the Reserve Bank of Australia said a sustained economic recovery would lead to higher wages, but only if Australian workers did not have to compete with immigrants for converted positions.  But a return to the pre-pandemic migration policy would kill that growth in wages stone dead.”

“The Treasury has become addicted to migration because it gives it a good headline figure for Gross Domestic Product growth.”

The strategy of governments from the late 1980s has been to propel economic growth upon importing ready-made workers, in preference to them implementing programs to educate and train our workers. The Liberal-National parties within three months of it winning office in September 2013 went with:

“Certain Australian employers would take the quick fix of importing a cheaper, ready-made worker to fill the slot.”

But that policy was extended to any job – not just skilled jobs.

Today, some employers have a shortfall of workers, particularly so in the hospitality spheres ie., cafes, restaurants, cleaners and shelf-stackers at Woolies and Coles. Yet all that was a contrivance.

When the LNP won office in September 2013, there were 519,000 International Students (ISs) in Australia, but by the end of 2019, it had skyrocketed to be 950,000. However, thanks to COVID-19, this number has declined by perhaps 250,000. This At least 110,000 ISs who returned to their home countries for the Christmas/NY break in 2019 were unable to return when the borders were closed. Additionally, there were another 40,000 ISs also kept at bay. And they were those set to replace a similar number of ISs, who had completed their courses and returned home.

Anthony Albanese has virtually been compelled to say that employing Australians rather than importing immigrants, was right:

“Rather than recruiting overseas, we should boost the training sector, with TAFE at its centre, to accredit more Australians for jobs that will provide security and long-term careers.”

But in have come the heavy guns.  Australian preference was rejected by Gabriella Da Souza, who is a chief economist for the Committee for the Economic Development of Australia (CEDA). In addition to her being a CEDA lackey, she also sits on the board of the International Education Association of Australia (IEAA). In her article, Dâ Souza prattles on with implying the usual dogmas that economic-rationalists perpetually parlay – that immigration is the piece de resistance of logic for bolstering prosperity and no ifs, no buts, about it.

“Treasury’s forecasts suggest it will be at least three years before we see any significant real wage growth. This flies in the face of suggestions that less migration would help to increase wages. Modelling has repeatedly shown that on aggregate, there is no link between migration and lower wages.”

Of course, the modelling Dâ Souza refers to, was all undertaken by organisations such as CEDA which unreservedly proffers open borders and free moment of capital across them as the panacea of eternal prosperity. Therefore, the proof that Dâ Souza sources to uphold her case is akin to having corrupt colleagues in a police force, investigating one of their own and returning a not-guilty opinion.

Essentially, CEDA and every other economic advisory firm convey, are self-serving.

However, Dâ Souza’s claims that migrants do not suppress wages is decisively sunk. The latest example of this can be found in The Australian, written by its Workplace Editor, Ewin Hannan, (May 18/21): Migrants hit in alleged $368k underpayment.  Hannan informs us in the opening paragraph that the culprits are:

“A Hong Kong-owned warehousing company allegedly underpaid 30 migrant workers in Sydney by $368,684, with employees working up to 70 hours a week over six and seven days on a flat hourly rate of $24.41 with no penalty or overtime payments.”

But, the most significant aspect of these circumstances is that it is members of their ethnocultural diaspora who are the exploiters of these migrants!

Da Souza’s arguments that immigrants aren’t to blame for wage suppression ignores other evidence that shows over the past seven years around 900,000 immigrants (either permanent or temporary) have swarmed into Australia and the great majority of them work for low rates of pay. And because so many of them are desperate, they will work for cash-in-the hand, low rates of pay, which means that employers will employ them in preference to Australians.

Of course, there is a smidgin-of-truth in Dâ Souza claiming Australians do not want to do certain low-skilled occupations. However, the inherent truth is that, from the beginning of 2014, jobs in the hospitality and retail and tourism sectors, were overwhelmingly set aside specifically for temporary migrants with international students accounting for the great majority of these positions. This is discrimination against Australians.

So, here we are now in May 2021 and we find there is a shortage of workers to fill places in the hospitality/cafe/kitchen employment spheres. Well, the joke is on all of those souls who run these very concerns. Once more, this is particularly the situation from about January 2014, when Australians were systematically cut out of gaining employment opportunities in there, all because those positions were set aside to employ ISs on 416-417 visas and others in the country on 408 visas. But now that this cheap and, indeed, complaint workforce has been culled (because of border closures), the proprietors of these concerns who wilfully abandoned employing Australians in hospitality jobs, no longer have an army of cheap labour to exploit.

Alas, when the government closed the borders and shut down the normal functions of the country back in March 2020 those people here on temp visas, were cut out of jobs and an estimated 350,000 people in Australia left the country. So, when restrictions were being significantly rescinded late last year and businesses began to reopen, it became apparent there was a shortage of workers to fill jobs in hospitality.

But how in high-heaven did it get to the point, whereby temporary immigrants (prodigiously with ISs, here on 416-7, 408 visas) were given gilded-preferences to jobs such as wait-staff/kitchen-hands/cleaners and shelf-stackers?

To answer that requires going back to mid-2012, when a conspiracy between the future Education Minister, Christopher Pyne and high-profile entities within the IEAA, with Phil Honeywood (and, there is no doubt whatsoever that, the future Immigration Minister in the form of Scott Morrison, was inherently involved with this collusion) wilfully conspired to bring the situation to fruition. To entice foreigners to come to Australia as full-fee paying students, required guaranteeing them the right to work to survive. The jobs that could be best suited to their needs were in the low-skilled echelons in hospitality/cleaning/shelf-stackers.

So, what were the motivations for Pyne, Honeywood and Morrison and, of course, the chief administrators of higher-education institutions, with invoking the scheme?

The Liberal-National economic programme was squarely based upon drawing in large numbers of immigrants to fuel the GDP. A major plank of this scheme involved ramping up the numbers of fee-paying ISs.

Apropos to the number of ISs in Australia, Dâ Souza writes that in March this year:

The numbers of ISs that Dâ Souza claims were/are in Australia is significantly at odds with the other figures in my possession that show over 800,000 last year after initial ‘virus migration back home.’ So how can there be such a discrepancy?

To begin with, the 567,000 figure that Da Souza asserts being here is at least 260,000 less than the 830,000 figure that, Tim Dodd (Education writer) and Robert Bolton (the former Financial Review’s Education writer) reported in articles they wrote between June 1 and June 7 2018. So how can it possibly be that, 21 months after Dodd and Bolton reported there were about 830,000 ISs in Australia, that now in May 2021 there are 260,000 fewer ISs than there were in June 2018? This is particularly puzzling when taking into consideration that this education sector in June 2018, was estimated to be worth $35bn to the Australian economy. But at the end of 2019, it had risen to be $41bn?

First and foremost, there could only have been a 15% increase in revenues in those 18 months if there was a comparable increase in the number of ISs in Australia. So, the pressing question to put to Gabriela Dâ Souza is to enquire: where she derives this information? This is especially so because she sits on the Board of the International Education Association of Australia (IEAA).

And Dâ Souza claiming there are only 378,000 ISs still left in Australia!!

I will now cover the sociological upheaval caused by allowing ethnocultural groups to migrate en masse and then inundate entire districts of our biggest cities. Consider western Sydney. A glaring example of where an immigrant group has overwhelmed an entire canton is Parramatta/Kellyville. Within the space of 12-15 years, the number of immigrants arriving from the Subcontinent has been so profuse that Parramatta/Kellyville is rapidly morphing into becoming a colony.

The culturally fractured nature of this area shows between January 2021 and early March with up to 18 serious skirmishes between Hindus and Sikhs. The most vicious of these clashes took place on February 28, in Harris Park, when a group of 8 Hindus savagely smashed with bats and iron bars, a vehicle that was occupied by 4 Sikhs. Two weeks earlier, at Mays Hill, police had to separate two groups of Hindus and Sikhs. The Sikhs were protesting against the Modi government’s actions that were afflicting farmers (who are Sikhs) in Punjab.

On top of this, is a highly disconcerting instance of sociological instability in western Sydney, which took place at Glenwood Public School on May 6, when a 14yo Sikh, drew his religious dagger and stabbed a 16yo. But, quite incredibly, we are told that the department of education (and the school’s body) condoned him carrying the dagger because he was a ‘baptised’ Sikh.

Had a Sikh been stabbed by a person of European extraction, then it will all be blamed on White bigotry and racism.

Regrettably, despite all the evidence proving that the Indian colony in western Sydney is proving to be a sociological disaster, neither the LNP nor Labor, are going to stop drawing in millions of more immigrants from the Subcontinent – in the years to come. This is because, both the major political parties are, unconditionally, committed to the agenda (at the dedicated behest of Big Australia proponents) for the re-colonisation of Australia.

Quite obviously, when the borders are re-opened, high intakes will resume in gusto. And the overt source to draw them from will be the Subcontinent. One of the areas that they are destined to inundate is Sydney’s Third City; which will snake from the aerotropolis at Badgerys Creek, up to Penrith and surrounding suburbs.

The warnings of many others will be simply cast aside! 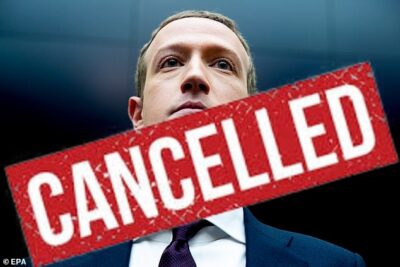