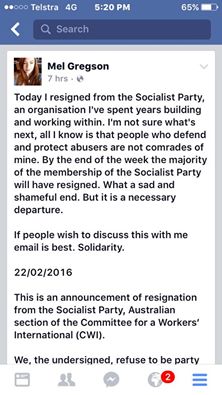 At that time, Trotskyites and anarchists and other extreme-leftists, attacked the Reclaim movement, the United Patriots Front and nationalists in downtown Melbourne. It was a riot with many injuries for patriotic people.

Now it seems Gregson alleges sexual assault in the SPA has also been condoned and protected. The identity of the abuser or abusers is yet to be made known. Is it internal within SPA or external?  Some have suggested she’s had a higher calling perhaps at the Vatican next week. 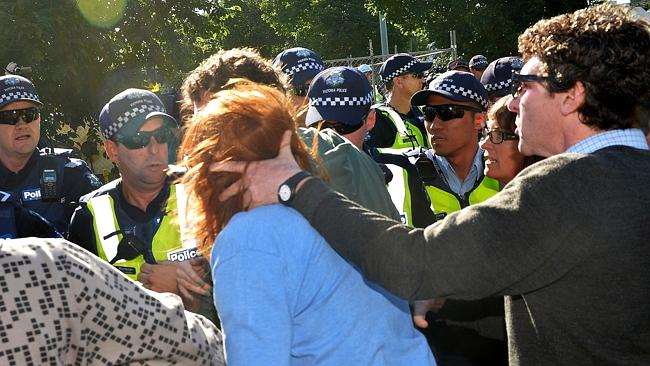 Her public resignation will cause Yarra Councillor and SPA leader Stephen Jolly – no end of pain.

Jolly was the commanding general at the time of the anti Reclaim riot and has been lionised in the capitalist press (yes, you got that right) as some sort of hero who stood up to fascism. He was bidding to be the effective leader of the extreme-left in Melbourne.

Sexual assault was ironically – given the so-called ‘feminist’ positions held by the extreme-left overall – a former curse in the ranks of Melbourne’s feral anarchists who published internal documents about it. Now it stalks the Trotskyite Socialist Party.

The chaos will surely lead to the meltdown of the SPA and will open up other wounds on the extreme-left in Melbourne.

Victoria must have a problem.  Over the past five years alone, 477 respondents within the Victorian Police said they had been sexually harassed by colleagues, with up to 10 saying they were victims of serious sexual assaults, including rape.

The word is “endemic”.