With less than 5 per cent of imported air cargo and sea cargo into Australia being inspected, it is no wonder Sydney’s crime wave has drive by shootings nightly.  Rudd just played into the hands of organised asian and arab criminals smuggling illicit drugs, illegal weapons and other contraband through Australia’s borders and onto our streets.    Labor’s porous border policy saw 50,000 illegals smuggled into Australia over Labor’s six year reign, and in one week in March 2012, 220 Glock pistols were discovered smuggled through the Sylvania Waters Post Office in Sydney by arab gangs. 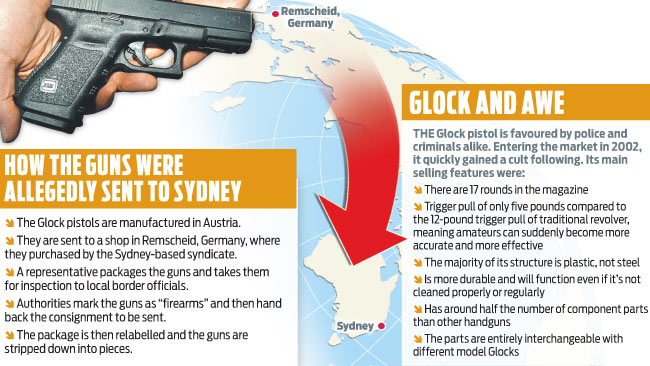 Australia First Party considers the $88 million a more appropriate use of taxpayers money than to prop up welfare detention centres for economic illegals at facilities in Scherger in Queensland, Leonora in Western Australia, Port Augusta in South Australia, Pontville in Tasmania and Inverbrackie in the Adelaide Hills.

Clearly, since Morrison took control of Australia’s coastal borders, the daily illegal boat invasion has tapered off, thanks to a range of anti-people smuggling measures.  But as we all know…

Scott Morrison is all about stopping the boats to allow the planes.

2014 is set to be a record for immigration, with some 220,000 planned.   Indian newspapers are headlining news from the Australian Industry Group demanding Australia increase its immigration intake from 190,000 last financial year to 220,000 in 2014-15.  With who’s bloody mandate?

Meanwhile 600,000 Aussies are homeless and our youth unemployment is 30% in many parts of the nation.

So really all the Liberals have done today is to announce the responsible plugging of  Labor’s gaping hole in Australia’s Customs cargo screening.  Green Leftist OneWorldist Labor was never committed to the idea of national borders.

According to a recent report by the Australian Crime Commission into organised crime in Australia, organised crime costs Australia an estimated $15 billion every year, and has reduced south western Sydney to an arab gangland.

But Australia First Party, while welcoming restoration of proper border protection by the Liberals, cautions against any employment of non-Australian borns in Customs, in Border Protection, in Quarantine, in the Australian Federal Police, in Australia Post, in the Ports, in International Airport security, in any of the Detention Centres, in Immigration and in our Armed Services.

Australian Immigration offices overseas have a record of corruption.  In 2008, senior Immigration Department officer, one chinese David John Moon, received hundreds of thousands of dollars in bribes as well as free overseas holidays and business-class airfares for approving 110 applications for illegal chinese immigrants between 1996 and 2000.   None of the 110 met Australian Government requirements for obtaining citizenship.  All were chinese.   Birds of a feather..

Customs has a record of corruption at key import centres like Sydney Airport, with recently the discovery of a network of ethnic Customs officers found helping organised crime figures to import drugs by smuggling them past Sydney Airport checkpoints.

Random Checks are not good enough!

Border Security is about stopping every one of the scumbags by boat and plane including their scum baggage!