The betrayal of Australian sovereignty by Sarah Hanson Young’s Greens Party makes her the nation’s most infamous traitor, and has sidelined The Greens into the extremist waste bin of social irrelevance and stench.

But despite the Labor Party in Tasmania at long last waking up to the extremist taint of The Greens and divorcing itself just weeks out from a state election; at the national level, Plibersek’s Feminazi Faction is still very much in bed with The Greens’ offshoring infatuation with anything non-Australian or anti-Christian.

Hanson Young’s Mein Kampf for Australia is truly horrifying.  Her manifesto designs a no borders Australia to invite in the asian century by the millions, maximising illegals from the Slave Third World to bludge on taxpayer welfare, funding of foreigners billions ahead of Australia’s own, homosexual/transvestite marriage and adoption, over-the-counter narcotics and euthanasia, wrist slapping hardcore criminals, carbon taxes that do nothing to curb emissions but everything to kill off local industry, denying our farmers water rights, axing the Lord’s Prayer, and condemning the Australian dream of owning our own home.

This dangerous queen of the illegals has got her insidious tentacles into not just The Greens, but suppressed the Labor Right, and seduced the ABC, the Canberra Press Gallery and the Fairfax controlled media.   Nightly news has become dominated by leftist propaganda hell bent on undoing Australian values and society. 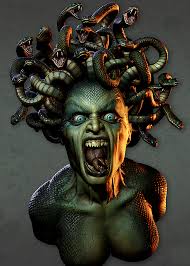 The Australian newspaper is on to all this, exposing the leftists current crock of siding with illegals against our own Navy.  It is reported in its editorial today:

“The ABC’s coverage of the border-protection issue has become increasingly tendentious and divorced from reality.

After more than a decade of campaigning on the issue, it now seems determined to deny reality in a desperate attempt to justify its long-standing unofficial line — that Australia ought to allow its borders and immigration system to be overridden by asylum-seekers who arrive on people-smugglers’ boats.

Day in and day out, the national broadcaster’s news and current affairs programs run unsubstantiated allegations against our defence forces and government over the implementation of Operation Sovereign Borders or repeat unfair criticism from international agencies and domestic human rights activists.

Even worse, the ABC then damages our national reputation by rebroadcasting these reports into our region on the Australia Network. And all the while the ABC doesn’t seem capable of mentioning the obvious fact that the operation seems to be working with no boats arriving into Australian custody for more than four weeks.

The Australian wonders how long Tony Abbott can sit back and watch ABC managing director Mark Scott continue with his hands-off approach, allowing the Green/Left activism of his journalists to override the charter obligations of the national broadcaster.

His reporter in Jakarta — surely one of the most important postings for the organisation — is the inexperienced George Roberts, who constantly finds and files criticism of Australia and allegations against its service personnel, seemingly without countenancing the veracity of the claims or the domestic political considerations of Indonesian authorities.

Yesterday, Roberts reported unproven claims that Australian navy personnel mistreated asylum-seekers by forcing them to grasp a hot engine in a boat turn back operation, causing “severe” burns. An “exclusively” supplied video showed minor hand damage. Immigration Minister Scott Morrison categorically denied the claims and later reports suggest the burns occurred before the vessel was intercepted, possibly as the vessel was sabotaged. Our navy personnel have, after all, saved the lives of hundreds of asylum-seekers.

ABC bulletins also ran strongly with strident criticism from New York-based Human Rights Watch, labelling Australia’s measures “abusive” and accusing the government of “demonising” asylum-seekers. The national broadcaster continues to provide uncritical amplification of this predictable venting, setting itself as the moral conscience of a nation with a brutal government and insensitive populace.

Again, throughout these self-loathing reports, the government’s apparent success in breaking the people-smuggling trade seems lost. Mr Scott, who frequently takes to Twitter to praise his staff, doesn’t seem to demand they resort to some straightforward reporting of the salient facts. Perhaps the ABC might even consider the issue from the perspective of Australia’s national interest.

If it can concern itself daily with the sensitivities and objectives of the Indonesian government, then taxpayers are entitled to expect a national broadcaster can also comprehend and recognise our own nation’s interests and objectives.

The ABC is not alone in this juvenile pursuit. Fairfax newspapers and much of the Canberra press gallery follow suit. Antipathy towards strong border control has become a self-identifier for those who wish to be seen as worldly, compassionate and progressive. They have invested much of their own credibility in repeating Labor Party and Greens claims that it would not be possible to turn back people-smugglers’ boats.

Now that the difficult and dangerous work of our service personnel suggests the Coalition’s policies can work, just as they did more than a decade ago, the media and political critics face the choice of either admitting their prognostications were wrong or working to undermine the policy and create a sense of disorder. Perhaps we shouldn’t be surprised they prefer the latter. Perversely, the more they protest and decry the Abbott regime as brutal and unfair, the more it will help to dissuade potential customers.

We can only hope so. Because if the current trends can be entrenched so that the trade stops and the people-smugglers are put out of business, lives will not be put at risk, thousands will be spared the trauma of detention, billions will be saved and Indonesian relations will be put back on to an even keel…” blaah, blaah, blaah. 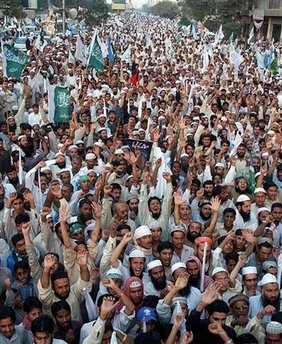