Politically appointed Greek judges have sent sixty-nine members of Greece’s nationalist party Golden Dawn, including most of its leaders to trial on trumped up charges of murder, extortion, firearms offences  and running a criminal organisation..

If you are in power and you want to get rid of your political opponents, put them before the courts on trumped up charges.

Indeed, Golden Dawn has authenticated the secretly tape-recorded voice of the former Prime Minister Samaras – saying that the case must destroy Golden Dawn.

The party’s leader Nikos Michaloliakos and all of the party’s members in the previous parliament are to be tried. They are all prime targets given their public profiles.

The trial capped a 15-month so-called investigation launched after a Golden Dawn nominal supporter fatally stabbed a Greek ‘rapper’ in September 2013. This triggered a false allegation that the party ordered this killing. It was also falsely claimed that there were Golden Dawn links to the murder of a Pakistani immigrant and to organized beatings of political opponents.

The defendants face sentences of up to 20 years in prison.  The trial which opened on April 20, will resume next week.

Golden Dawn rose to prominence in the depths of Greece’s recession, by effectively capitalizing on popular anger towards the established political class who had caused the crisis.

Rejecting the trial accusations as political propaganda, Golden Dawn has held on to its support base in the January general election. It finished third, won 17 seats in parliament.  Most of the members of parliament who will face trial were re-elected to parliament.

Increasingly, Greeks see the trial as a show trial.

Investigating magistrates appointed by the former Samaras corrupt government and now sustained by the extreme leftist Coalition of the Radical Left – Syriza Party, already have disclosed their bias against the defendants by publicly labelling Golden Dawn’s party structure as one emulating that of the Nazi party.  The cases should be thrown out as nothing but a political witch hunt by the political and economic leaders of the country against loyal Greek nationalists who have committed no crime. 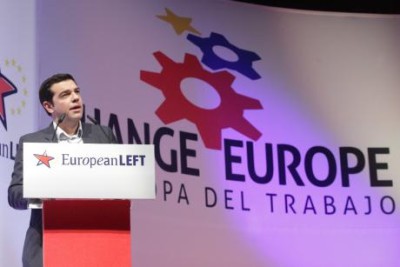 Greece may yet go bust and default on the massive loans burden imposed on the country, potentially pushing Greece out of the Eurozone and plunging the European Union into an unprecedented crisis which would vault nationalist parties to real prominence. 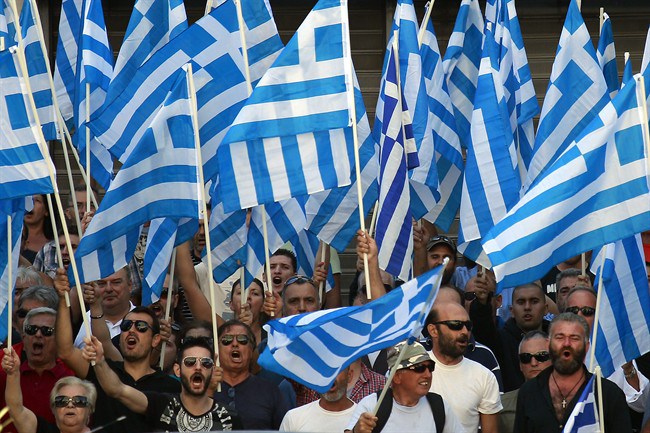 Australia First Party supports the nationalist cause of Golden Dawn

Article by Dr Dimitrios Giannoulopoulos (senior lecturer in criminal law and comparative criminal law at Brunel University London), April 24, 2015.   We reproduce it with no comment:

“The trial of Greek nationalist Golden Dawn party opened on 20 April. It is now just over ten years since the trials of the terrorist organization November 17 shook Greek society to the bone, and yet the trial of Golden Dawn is an entirely new– judicial– beast.
The organization of the trial will present the Greek Ministry of Justice with immense practical challenges, yet much more disconcerting are the possible repercussions at the socio-political level, not just in Greece but also in Europe, at a time when the threat from extreme right-wing parties seems increasingly menacing.

Sixty-nine defendants will sit in the dock of the Court of Appeal (three member division), which has special jurisdiction to act as a court of first instance with regards to offense of membership in a criminal organization. More than 100 lawyers are expected to act for the defense, while several dozen others are likely to be appointed as civil parties to represent the interests of the victims in the process (as is standard practice in Greece).

The number of witnesses who will be called by the prosecution alone is estimated to be around 130. The trial is expected to last around 18 months, and its location – a specially modified room within the largest prison in Greece, the Korydallos prison in Piraeus – has already generated substantial controversy, with many MPs, local representatives, and residents expressing strong opposition, as they fear that the trial will bring life in the local community to a standstill.

The trial process itself will present the participants with highly complex questions relating to the application of some obscure criminal law concepts, the handling of evidence, and, possibly, the legality of some of the investigatory methods used (questions have already arisen at the pre-trial stage as to, for example, the legality of some of the arrests, the questioning of the suspects, and the interception of the defendants’ telephone communications).

Significant concerns have been expressed as to the legal basis for the main charge, which is ‘membership in, or leadership of, the criminal organization’ of Golden Dawn (punishable under article 187 of the Greek Criminal Code by a maximum sentence of ten years’ imprisonment for membership in the organization and a sentence of at least ten years’ imprisonment for leadership of the organization).
Committing for trial 69 members of the Golden Dawn party, including all its MPs who sat in the previous parliament, the judicial council decided that the charge should stand, but only with a 2-1 majority ruling.

The dissenting member of the council opined that the investigation should have revealed a financial gain as an objective of the activity undertaken by the criminal organization, and that such financial gain had not been established. Article 187 of the Greek Criminal Code does not specify such a requirement, but the dissenting opinion drew upon an international convention ratified by Greece.

Besides the technical and strictly legal challenges faced by the court, the stakes for the country could hardly be higher. Golden Dawn is now the third-largest political party in Greece. Thirteen of its current 17 MPs were re-elected in the January, even though they were running their campaigns from inside the Korydallos prison.