Glenn Druery, the so-called “preference whisperer”, has been busy arranging preference swaps between minor parties in the Western Australia special Senate election due on April 5.

Druery has continued to operate a ‘Minor Parties Alliance’ for the purposes of the Western Australian poll. It is too late now to affect changes in the workings of this Alliance in the present election; but Australia First Party says the Alliance should be revamped in the future – minus Druery. 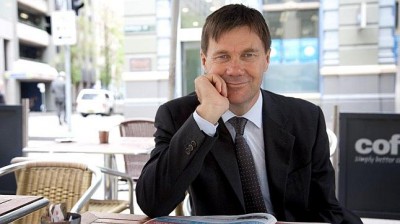 Australia First Party has had particular experience of Mr. Druery. While we have some cautious interest in arrangements with minor political parties in a Minor Parties Alliance, it would need a definite openness, something incompatible with a businessman arranging matters and manipulating political novices behind the scenes to his financial advantage. This occurred in 2013 and is undoubtedly occurring now in Western Australia.

The 2013 Senate poll in NSW – attempts at coercion and bribery

Our experience of the Dreury circus was highly instructive. Of course, Druery never denied he was paid by the Shooters’ And Fishers’ Party to arrange preference swaps. Fine. Buyer beware of any deals!

However, we noted that when the leader of one party –  the Australian Independents – alleged irregular behaviour and betrayal after the-arranged-preference-tickets were published a couple weeks prior to the September Federal poll, Druery made legal and other threats at once. Dr. Patricia Petersen, leader of Australian Independents, suggested Druery threatened her physically. Clearly, something had been at stake.

We are further told that persons in the Pauline Hanson / One Nation party in New South Wales paid Druery $100,000 to organize deals favourable to them. Indeed, as the final balance sheet showed, the preference deals in New South Wales were totally to Hanson’s advantage. It was only because Hanson failed to get the magic threshold of votes which would have operated the plunger towards victory, that this likely game-plan failed to pay off.

The wheeling and dealing became intense to ensure Hanson’s victory. Druery played a major role in this.

The Registered Officer of Australia First Party, Mr. Tony Pettitt, found himself the target of attempts at coercion and bribery. Mr. Pettitt reported that Druery told him that to be part of the Minor Parties Alliance it was necessary each party only preference inside the group, before it could preference any other party. Mr. Pettitt was told that if it failed to do so, the party would be excluded from the Alliance.

This was a lie. An enquiry made by another Australia First Party officer to another party revealed that there was an ‘escape clause’ if a party had some real objection to another party. For example we may mention the Family First Party and the Sex Party. Of course given the mutually exclusive nature of such parties, Druery had to give the out-clause as much as he pushed for the idea that the small parties should preference each other first. To others, he would fail to explain the clause.

Druery lied to Mr. Pettitt (and others?) for two reasons. First he was being paid by the Shooters and by the Hanson party to ensure outcomes and the idea that one had to preference only within the group would secure that. Second, it was the nature of the ‘preference only within the group’ logic which was at issue. The second point secured the first. We are now able to reveal that Druery was operating a  mathematical scam. 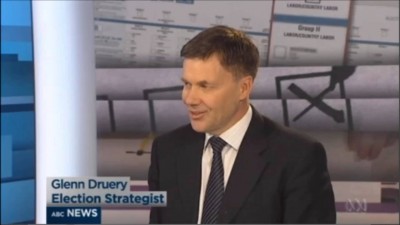 We were informed by persons who worked with Druery in the 2010 Federal election and we made enquiries of our own which showed that when a nominated group of parties only mutually preference each other, it must be the case that a couple of parties come out the end with all of the votes. Before one ‘collapses’ into the last, it may follow that preferences coming from elsewhere on the ticket might push the smaller of the two ahead of the other or even put the bigger one further in front. But it’s a done deal.

In reality, for all the hype, it’s really a matter of how the swaps are arranged as to which of these small parties comes out ahead of the other. If you are contriving the deals, you can generally control the flow, allowing perhaps for someone who may go ‘outside of the group’. It was pure mathematics.

Australia First Party ultimately broke with the scam. It also became clear to us that the whole affair was being managed to elect Pauline Hanson, in whom we have zero faith.

Of course, Druery was supported in the pressure he tried to place upon our Registered Officer (and others?) by Bryan Burston, Pauline Hanson’s campaign organizer.

Burston was a bare faced shonk too. Burston told Mr. Pettitt “we don’t care where you preference us, seven, eight, wherever you like, but we’ll give you two or three.”

Of course, Burston knew the maths and knew that his votes would never come to us (we expected Hanson would outpoll us), but our votes would assuredly go to One Nation. Mr. Pettitt reported he was also offered a bribe. He was told that once Hanson made it to the Senate, the One Nation party would be re-organized and he could expect a senior place in the new organisation. Talk about trading on the ‘bank of futures’! Burston worked in tandem with Druery against our Registered Officer (and others?) bringing as much coercive pressure to bear as possible – including threatening our expulsion from the Alliance if we failed to follow form.

It was said by Druery at every point that preference-swapping makes powerful groups of minor entities. Really?

Australia First Party would swap preferences to advantage – yes – but we are crucially aware that the power of our party will never depend upon voting scores. Rather, it will depend upon community struggles that advance it against the traitor system and which build it into a nation-wide machine. That’s a very different politics far removed from the false lights of polling day!

Yet, we can see how Druery trades with well-meaning folks and a few fools, holding out a dream of being a Senator. Sorry, we don’t want to play; we wish to run our own race.

The Future of the Minor Parties Alliance

Whenever our party contests an election, we are obliged under the current Federal law – to give preferences. As our readers know, that means we must preference every party. It is possible that our preferences may elect some other party ahead of the Liberal-National, Labor and Green parties.

Australia First Party is prepared to sit down with any party and discuss this process.

However, if there is any chance of our preferences electing some ‘minor’ party, it is our desire that the deal includes an agreement whereby that party if successful will do something for us in return. Of course, a party may breach any agreement, but at least the negotiation and publication of a deal offers substance to any ‘alliance’ of small parties.

However, it is abundantly clear that electing a minor party ahead of the larger ones of itself means very little if the views of this party are some sort of  challenge to our own, or if they run diametrically opposed to ours. A small party does not mean major virtue.

Australia First Party will not participate in any Minor Parties Alliance run by Druery.

When the Western Australian Senate poll is concluded, our party will certainly approach other parties to revamp this Alliance. Of course too, we are aware that the Senate election rules may change into some form of optional preference system. Even so, a fair alliance of groups offers some useful theatre for the electoral side of our political work.