Everything the Gillard interferes with turns to shite.

Gillard’s own Building the Education Devolution, its NapLan Dumbing Down of High Schools, its Carbon Tax Confusion, its Broadband Blowout, its Economic illegals,  its FairWork Australia – aka WorkChoices Mark II.

The red Gillard puppet ain’t looking strong going to the electorate.  She stands for foreign labor. 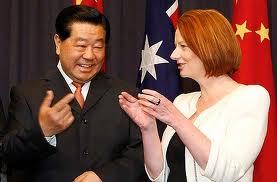 Foreign Labor agreeing on how much?

Romping through Treasury overdraft and wasting billions on failed programmes has become The Foreign Gillard Way.

Fair Work Australia has said it was ok to trash the Qantas brand reputation of Australia’s national icon, disrupting some 7,000 passengers without notice.  In total 108 aircraft were suddenly grounded in 22 airports around the world, with some 13,305 passengers at the time booked to travel on Qantas planes from overseas ports to Australia within the following 24 hours.

‘Fair Work’ for whom?

Transport Minister Anthony Albanese at the time was right in saying that Joyce’s draconian actions were a breach of faith. The unions at the time was with its rights to engage in an industrial dispute with Qantas after Joyce announced he was to sack hundreds of staff (engineers, pilots, and ground staff), replace them with foreign labour and offshore Qantas maintenance.   Joyce’s strategy has been to cut costs, not build revenue.  His new enterprise agreement has all been about replacing Australian workers and hard fought Australian workplace conditions with foreign labour hire.   And the LibLab trashing of Australian workplace standards, and removing of union powers have only encouraged this move.

The unions were negotiating for Qantas to guarantee working conditions, wages and job security.   Although rolling strikes had caused disruptions and delays to Qantas’ flight schedules cost the airline $68 million, it was because Joyce would not negotiate.

In August 2011, Joyce’s trashing strategy of Qantas, while pocketing his obscene $5 million salary, announced plans to abandon Qantas’ traditional market and slash 1000 jobs.  And the little foreigner had the temerity to accuse the unions and Qantas staff of “trashing our strategy and our brand.”

Joyce’s strategy to undermine Australia’s icon and trash it into a two-bit low cost carrier, is what happens when a non-Australian is given absolute power over an Australian brand.  Joyce has no loyalty to Australia, only to his arrogant Dubliner ego. 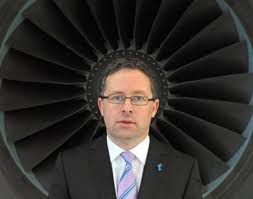 Joyce has since announced another 2,800 full-time jobs are to go under his ‘restructuring’ of Qantas.

And no wonder LibLab’s Liberal factional Eric Abetz, a protégé under Howard’s Work Choices has come out confirming Fair Work Australia’s decision was a good one for setting a precedent to limit union influence.

“This was an important test case and it does reassure me to a large extent that in this particular area, the Fair Work Act may not need any changes given this decision,” he said.

After all Howard’s Work Choices were all about defining ‘unfair dismissal’ and giving employers greater power in dismissing unsuitable employees.  But it had implications for job security for employees.  Work Choices also encouraged Individual Australian Workplace Agreements (AWAs).  It gave unions less opportunity to scrutinise and intervene in agreements that unions considered unfairly drafted.  With what has happened at Qantas, and yesterday’s decision by Fair Work Australia, what is the difference?

The Gillard’s FairWork Act has proven to be Howard’s Work Choices Mark II. Howard’s other protégé, Abbott confirms he likes the Fair Work Act and that “only modest changes” if he is elected – so quod erat demonstrandum!

Gillard, the legal secretary lass from Lalor has really turned her back on Australian Union principles.  When Joyce ends up selling the shell that’s left of Qantas to Emirates, Australians will be forced to cop mandatory scarf-clad female flight attendants, Arab in flight music and Halal cuisine. Joyce is ekking a living out of the Qantas brand, short as he knows it will be before everyone realises.

For decades Qantas was wholly owned by Australians.  It was publicly owned. The government had no right to sell this public enterprise in the first place.

Labor under Hawke and Keating had no right to deregulate Australia’s profitable airline industry in 1990 and expose it to cheap/subsidised foreign carriers. Labor under Paul Keating had no right to privatise half of Qantas in 1992 and to forsake its ongoing income stream.   Safety standards have fallen, services to regional areas are in crisis, airline workers who still have jobs are putting up with worse wages and conditions and air services have deteriorated.

In 2007, the Libs under Treasurer Peter Costello approved a complete foreign takeover of Qantas to international private equity consortium Airline Partners Australia.  A whopping $11 billion in this public asset would have been flogged off to the Lib’s coffers.  Foretunately the sale fell through.

Yet, privatisation of Qantas has only seen recurring job losses, offshoring of skills to foreigners.  LibLab deregulation of the airline industry has seen low-cost dumbing down of this once profitable industry sector.  Dodgy new budget airline entrants and allowing international competition into Australia has seen Qantas lose its route market share, revenue, profit and so forced mass sackings of its Australian employees.  The industrial disputes were a direct cause of LibLab deregulation and Qantas management greed.  What did they expect?

Smart Economic Nationalist policy would have been to supply Qantas fuel by securing Australian oil refining and so control fuel prices to remain competitive.

But Qantas is now run by a foreigner.  Last financial year he delivered an A$245 million loss for the first time since Qantas was fully privatised.   Joyce’s alliance with the Arab Emirates sells out Qantas’ lucratic control of the profitable internal flight routes i.e. Mel-Syd.  Joyce has sold out Qantas’s $2 billion Frequent Flyer asset to Emirates in the deal – Emirates will now have access to 8.6 million Qantas frequent flyer members and — most importantly — to their points. 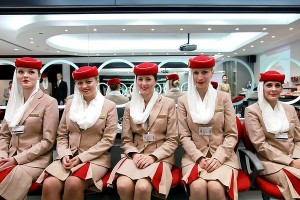