Convict ’em, auto-deport ’em to serve time back in the sh#thole country from whence they came! 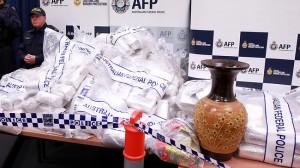 The half a tonne of drugs (crystal methamphetamine and heroin) were smuggled into Australia by seven Hong Kong (Chinese) nationals.  Three of the Chinamen live in the heart of Sydney’s ethnic Asian ghetto Fairfield, West Hoxton and Green Valley.  (Thanks to Gough Whitlam for setting up the ghetto and the tide to it in the 1970s).  They are part of a foreign organised crime syndicate and when caught were planning to import even more illicit drugs into Australia.  The bastards were on a roll. 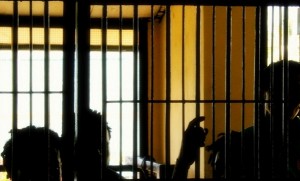 These bastards have abused Australia’s legal system and in doing so, they have forfeited their conditional right to reside in Australia.  Their residency, citizenship status needs to be made null and void.  So change the Immigration Act!   But Green LibLabs are so far up the voting arses of foreigners, Green LibLabs ongoing moral corruption against Traditional Australians reeks.

Gillard obsequiousness reeks. Gillard’s jacking on Traditional Australians reeks.  The Gillard’s kindergarten patronising tone writhes all sensibilities. That Lalor kindy teacher can’t lead, can’t teach, can’t revolutonise education.  Everything it touches either turns to shit, or it manipulates for self end – like its Mining Tax hoodwink, its Carbon Tax hoodwink, its National Disability Insurance hoodwink. It can’t even return to practicing decent law. It’s heading for the Keneally puppet knackery.

The Australian Government has every right to on charge the cost of the investigation, of the court cases and the cost of deportation back to the Hong Kong Government. It would easily be in the millions – at Australian taxpayer expense!

Last year, 14 tonnes of illicit drugs was seized from foreigners trying to smuggle them into Australia and profit from the misery they inflict upon Australian society.

Ethnic convicted crims like Pasquale Barbaro (Italian), Saverio Zirilli (Italian), and drug lords from Malaysia, Thailand, Costa Rica, Singapore and Europe.  They all need to be auto-deported out of Australian gaols to serve their time in gaols of their homelands.  The taxpayers of Italy, Malaysia, Thailand, Costa Rica, and Singapore can foot the bill.  They’re criminal bastards, so their homeland must take ’em back.  Australian aid is already at a level of domestic betrayal, but accommodating foreign crims is bend-over and grease stupidity.

The average cost of keeping a prisoner in an Australian gaol is about $100,000 per year. All up gaols cost the Australian taxpayer $2.9 billion a year.

Why should law abiding Australian taxpayers have to miss out on one cent of basic government services, just because we have a communist-rooted prime minister irresponsibly forking out hundreds of millions a year to foreigners, convicted or otherwise?

Australian gaols are for Australians only. Kapeesh!