Why would an airline pilot fly over a dangerous war zone having a clear and present danger of shooting down planes?

Ukraine’s defence ministry said the Il-76 transport plane crashed after coming under anti-aircraft fire over Luhansk.  In a statement it said “terrorists” had “cynically and treacherously” fired on the aircraft. 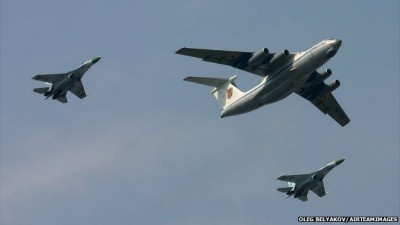 The plane was hit with “a more powerful BUK missile weapon system that was probably used from the territory of the Russian Federation,” the statement said.  A launcher similar to the BUK missile system was seen earlier today by journalists near the eastern town of Snizhne, which is held by pro-Russia rebels.

BUK missile systems have large self-propelled launchers that use radar to engage aircraft or missiles up to an altitude of up to 75,000 feet. 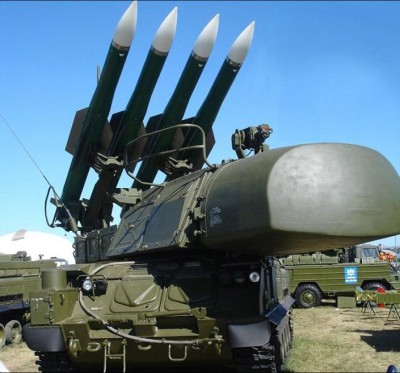 aboard a TELAR (transporter erector launcher and radar)

International passenger airlines typically fly at an altitude of between 30,000 feet and 40,000 feet.  Malaysia Airlines’ passenger flight MH17 was shot down in airspace at 33,000 feet over the same war zone of eastern Ukraine.  Why did Malaysia Airlines fly over this active war zone with an active record of shooting down aircraft at 20,000 feet days prior?  It is widely known to be hostile airspace.

Another asian airline, Singapore Airlines, as well as Air India have also continued to fly over Ukraine to minimise their route fuel costs from Europe. Why did these two airlines ignore the warnings, when all other airlines had long taken heed?

Aviation safety authorities in the United States and Europe had warned pilots back in April about potential risks flying in or near Ukraine airspace.  The U.S. Federal Aviation Administration (FAA) had issued a “special notice” regarding Ukrainian airspace advising airlines to “exercise extreme caution due to the continuing potential for instability.”

International aviation agencies in April also had warned pilots and airlines to avoid the Ukranian airspace.   The United Nations body that governs civil aviation, the International Civil Aviation Organization (ICAO) on the one hand proclaims its top strategic objective is Aviation Safety achieved through strategies including safety intelligence, information sharing and “an effective response to disruption of the aviation system created by natural disasters, conflicts or other causes”, yet since MH17 says it had no authority to designate eastern Ukrainian airspace unsafe.

Why?  How irresponsible of the UN?  Once again, America (in the FAA) has taken more global leadership than the UN.  The United Nations is worse than a useless failure with most it touches.

ICAO:  “But it’s always the responsibility of our (191) member states (including Ukraine) to issue warnings regarding any potential hazards to the safe operation of civilian air traffic.”    In eastern Ukraine, where MH17 was shot down, Pro-Russia rebel leader Igor Girken fighting against the Ukraine government, said (weeks ago) “we warned you not to fly in our skies.”

The US-based Flight Safety Foundation has long called for ICAO leadership.  But it appears that low-cost culture airlines like Malaysia Airlines have continued to fly across the zone because it is quickest and therefore ensures the cheapest fuel route from Europe.   Dumb bastards. 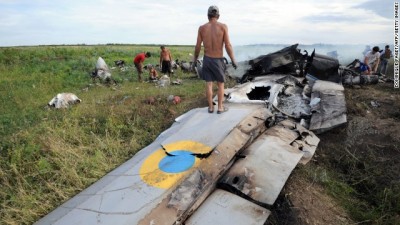 Ukrainian plane shot down three days prior to MH17