The Gundagai Address of 2019.  Dr Jim Saleam live at ‘Meet the Candidates’ today at the Gundagai District Services Club for the Cootamundra by-election.. 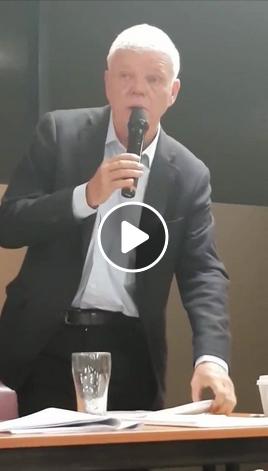 The party had decided that our president should again run in the New South Wales State electorate of Cootamundra for the poll on March 23. This may have turned into a wise decision.

The first candidates’ forum was held in Gundagai on last Tuesday. Some two hundred local people attended. The meeting featured opening and closing remarks by the candidates and a robust question and answer period.

Video extracts alsoappear on the special Cootamundra Facebook page. The meeting will be reported in this week’s Gundagai Independent.