So on the ten year anniversary of the Cronulla Civil Uprising, a few blokes peacefully staged a Ramadan pork spit roast at one end of Cronulla Beach. Meanwhile up the other end near the train station, ring-in masked fascist anarchists from LGBTQIA-infected Newtown looked for bovver with police, rocks to throw and free dumpster food.

Sutherland Shire Mayor Carmelo Pesce, a Hard Right Liberal Party ethnic, went out to meet his countering Lefties, while protected by about a hundred riot squad police. Defacto Leb mufti, Dr Jamal Rifi Rafi, was aware of the incoming Lefty menace and probably played a party in arranging them.

The anarchists performed their clichéd chants to the one-legged seagulls and proceeded to ‘Leb gang’ local residents.

The Supreme Court and Federal Court had not banned aggressive, left-wing anarchists, many dressed in black, who covered their faces. 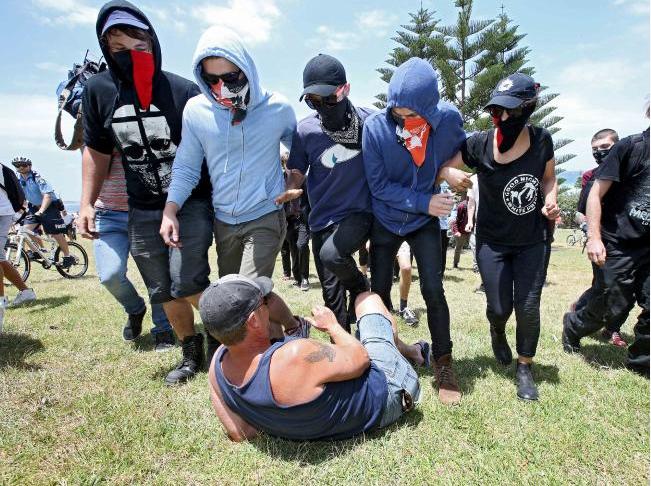 New South Wales Premier Mike Baird and his Cronulla Council Liberals had banned Australians who were instead having a quiet spit roast in the park.  Over a million dollars of police resources was wasted guarding a spit roast. 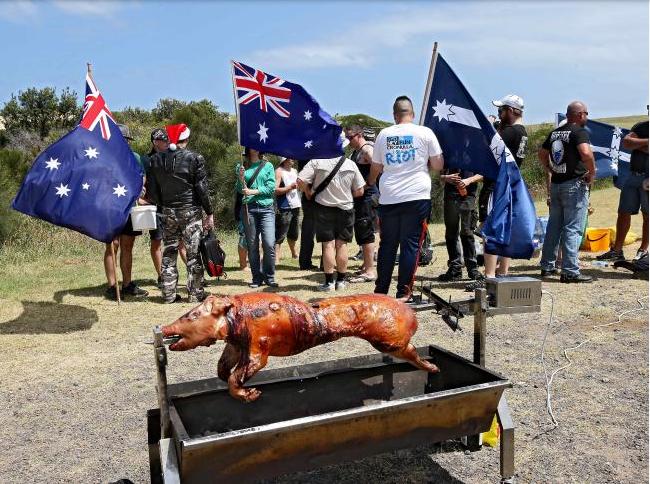 The police knew who to get stuck into, and it wasn’t the Aussies tucking into pork spare ribs.

Self-deprecating, the anarcho-fascists were led by three males holding a banner which said: “The only good fascist is a dead one!”

The Australian haters and pro-Lebs all covered their faces. 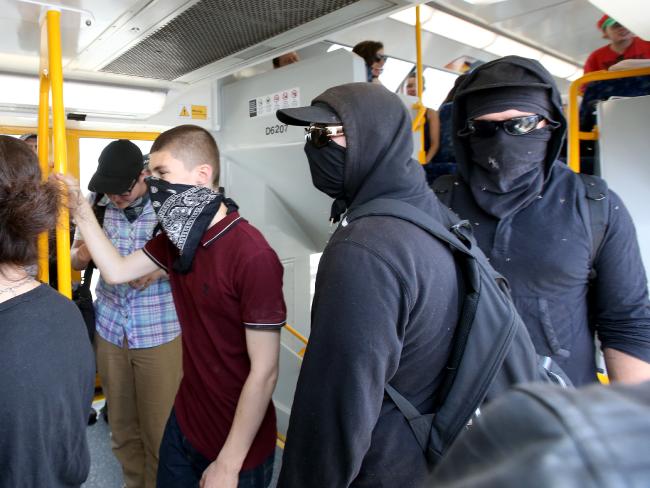 “These ‘rent-a-rabble’ losers are little more than professional protesters.  It was interesting watching these supposed anti-racism and peace campaigners trying to bait the small party of Reclaim Australia/Freedom Party people having a BBQ in the hope of provoking a violent response.

This was the same mob of ferals you’d see demonstrating at APEC, the G20, etc.

The reason these spineless scumbags cover their faces is no doubt to avoid being identified by police.

They are professional agitators who spend most of their useless lives travelling the country.  That’s when they’re not attending Centrelink or hanging out on uni campuses and cafés in Newtown to instigate trouble and any protest, rally or event that doesn’t conform to their twisted left-wing ideology.

It was good the police took a firm hand to keep them away from normal people.” 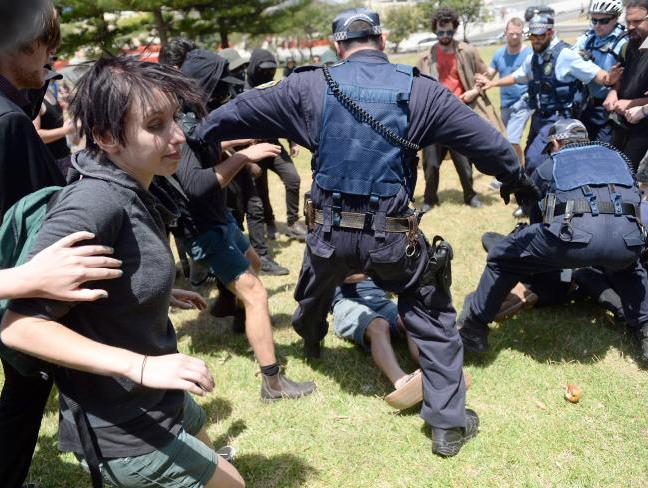 Not all anarcho-fascist thugs covered their faces, like a few bean flickers on hormone replacement.