We find it appallingly bad taste that so-called Lebanese and Middle Eastern community leaders would even consider lending their ‘support’ to the financial needs of former New South Wales Police Sergeant Craig Campbell.

To organize a charity event to give money to a thug, now dubbed a ‘Cronulla Riots’ hero – defies reason.

As we have said over and over, there were no ‘Cronulla Riots’ to have made this man, the Cronulla ‘milo’ Cop, a multiculti hero. 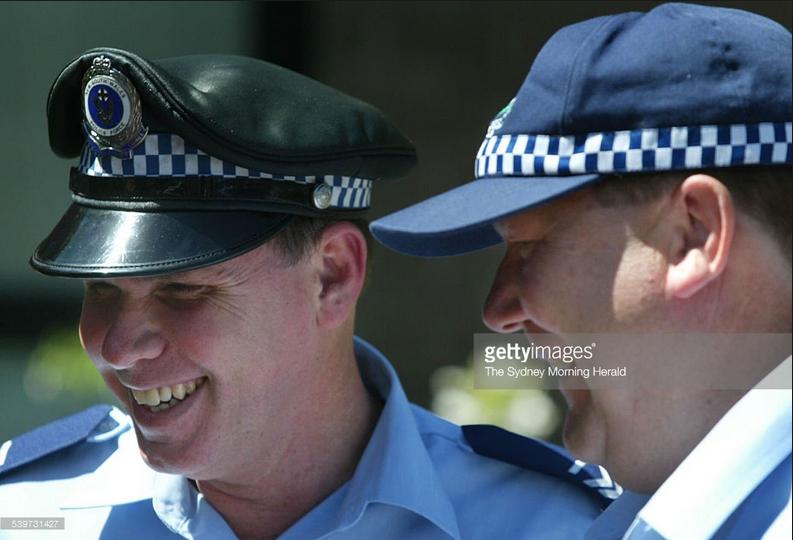 There was the week-long Civil Uprising of Australians which culminated in a few violent incidents of December 11, 2005.

There was the long period of racist violence perpetrated by young men of Middle Eastern ethnicities (both Muslims and Christians) against people they saw as ‘white’. And there was a period of organized racist violence carried on by these same forces after December 11, to coerce and intimidate and let loose their rage.

It is the multicultural industry which has talked of ‘riots’ and which has ever since, ground out propaganda about making niceness and harmony the social rule. Unable to confront their own grossness, multiculti spokesmen now make heroes of those who used violence against their own. Is that their object lesson?

Sergeant Campbell shot to radicalised stardom by beating with a police baton Australian youths at Cronulla Railway Station, he says – to “save lives”.

Work opportunities present at the Anarcho-CFMEU. 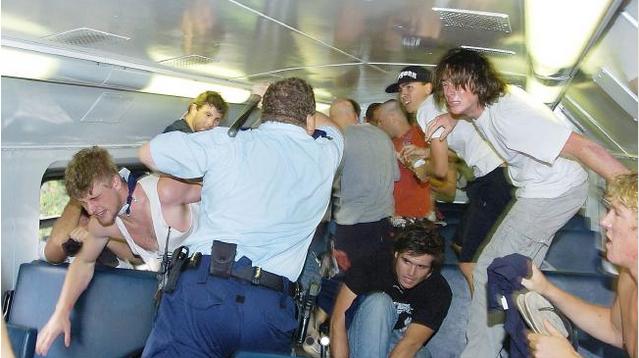 An Australia First Party spokesman said some years ago at a private meeting: “it was a pity that someone did not relieve Campbell of his baton and use it on him.”

We cannot say that would be correct law and right in all the circumstances, but we do believe that Campbell went beyond the calls of reason and wantonly attacked people. Of course, he was backed by the then State Premier and his pliant Commissioner of Police and their ASIO guardians.

All these elements had reasons for the lines they took.

So lies take place of truths!

Denying the truth about the terrorising of Australians at the beach suburbs has given way to a dialogue about ‘drunken youths’ doing violence to people they did not perceive as ‘white’ on December 11, 2005 – and the counter violence has been edited out of the multiculti movie.

Australians find it highly offensive that any Middle Eastern organisations would lend their names to this. 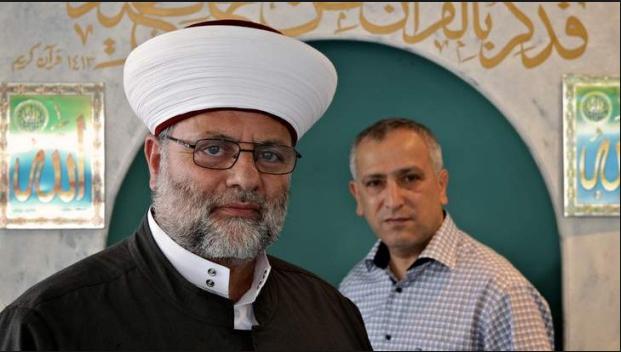 If Dr. Jamal Rifi, a prominent spokesman of the multiculti industry, and who is organizing the fundsraiser, wants to sling Craig a few bob because he considers him a “hero”, that’s all right. However, to run an event like this is to regularize the multiculti propaganda about the Civil Uprising and stigmatize and terrorize Australians to accept a system loaded against them.

To make Craig Campbell the counter-face to ‘riots’ is to create a multiculti lie. We call on Dr. Rifi and others to back right out of this.

The following two newspaper articles reveal how a solid career cop has been politically played into enemy hands.

“Sydney’ Muslim community is rallying behind a former police officer who was the face of the Cronulla riots.

The Craig Campbell “Cohesion Cup” is to be staged next month in honour of former Sergeant Craig Campbell, who has fallen on hard times following the 2005 riots.

Event organiser Dr Jamal Rifi said 16 football teams would take part in the event, which also aims to promote peace and understanding between the Middle Eastern community and the rest of society. 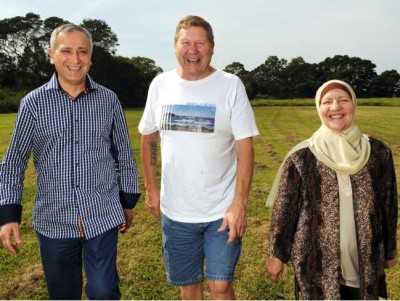 Craig happily deluded by the rapture in muzzie radicalisation.

“Craig Campbell is a hero who has saved lives, and this soccer tournament will help highlight his heroic actions during the riots,” Dr Rifi said.

“This is also about connecting the Australia Muslim community and the mainstream media.” 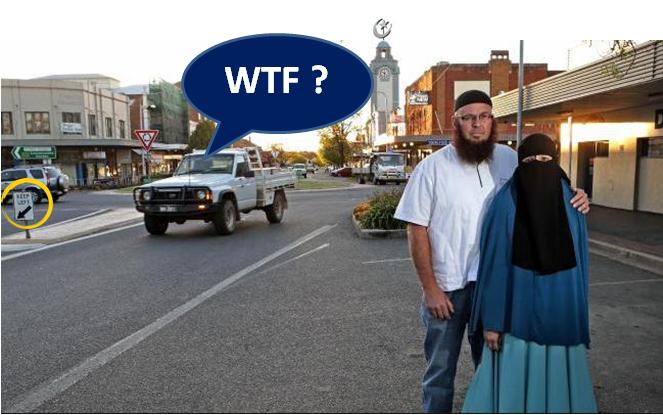 True Aussies will otherwise be familiar with their NSW agricultural town of Young..

Event patron, former premier (and Labor’s member for Islamic Bankstown and Lakemba) Morris Iemma, said: “For a fellow who did really good work keeping the streets safe and the role he played in the Cronulla riots, a lot of people are quite sympathetic to his plight. A lot of people are quite upset that for a man who is seen as one of the good guys, that incident in Cronulla has cost him his family and career.”

Mr Campbell, 56, said he was “humbled” by the fundraiser, and said he was simply doing his job on the day of the riots when he saved a young man being attacked by an angry mob on board a train.

“The best part for me was the fact that I managed to save two young blokes’ lives.”

All money raised will go towards helping the father of three get back on his feet, while a donation will also be made to the Luke Batty Foundation.

Australia First Party shall not be in attendance.

‘Riotous day of hate and violence that sullied nation, and destroyed a copper’

“Craig Campbell had a nickname for his trusty 26-inch aluminium police baton. He called it Milo. 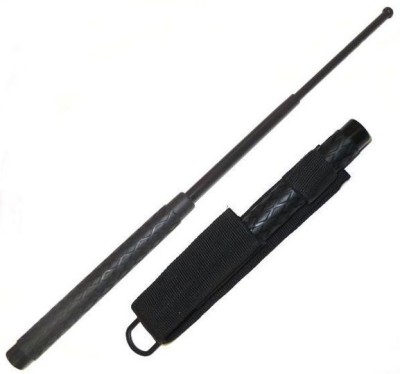 On December 11, 2005, as a mob of drunken surf yobs stormed a train at the beachside suburb of Cronulla in southern Sydney to unleash their fury on a couple of olive-skinned kids, it was Milo, wielded by the then 130kg Campbell, a former Wollongong steel-worker and rugby league second-rower, that probably saved the pair from being beaten to death.

The racist bashings on the beach that day, and the vicious ­retaliatory attacks by youths of Middle Eastern descent from the suburbs later that night, were sparked by an assault on a group of lifesavers a few days earlier. Text messages, alcohol and Alan Jones fanned the flames.

It sullied Australia’s reputation abroad and ignited a national ­debate about an ugly undercurrent of racism, as well as about the criminality and hyper-violence among disaffected Middle Eastern youths, and led to more than 100 people from both sides being arrested and charged.

For Campbell, it was another day on the beat. By 8am on that day, when he drove along the beach and saw a bloke barbecuing sausages on the back of a ute, drinking beer, and dozens of ­others walking along with cartons on their shoulders, he knew things would not end well. “I said to me boys, ‘This is gunna turn to shit by lunchtime’.”

And it did. The mob began attacking anyone with dark skin who happened to be unlucky enough to be there that day.  Around lunchtime, Campbell was called to a couple of incidents near Northies pub, where people had been attacked. “They were being whipped into a frenzy and getting more and more pissed.”

About 2pm, Campbell was back at the Cronulla police station, picking up a load of water for his troops, when a call went out that two Middle Eastern males were being assaulted on a train.  The former highway patrolman jumped in a police Rodeo with another ­officer and gunned it to Cronulla railway station. He jumped out and threw a baton to his partner.

On the top floor of the train, Campbell could just see the backs of people throwing punches — they had their victims pinned against the far side of the train. “I got into the vestibule and grabbed a couple of people and shouted: ‘Get out! Get the f. k out’.”

They ignored him. “I don’t talk for the good of me own health, so I touched a couple of ’em up and they got out real quick.”

On the upper deck, there were 30-40 people bashing the two men. Campbell knew he had to clear the train as quickly as possible. “I just started gettin’ into ’em,” he says. “Basically, I just kept floggin ’em until they stopped fightin.” Until the fear of the bashing they were going to get from the policeman was greater than their own desires to inflict pain.

How many do you reckon you belted?

“Everyone of ’em. Basically, if they came within 26 inches of my reach they copped a floggin … they were trying to beat these people to death, what was I supposed to say? ‘Excuse me, can you please move out of the way?’ ”

Campbell managed to clear the train, within minutes, and to shield the two youths to safety.

It ended well for both of the youths, but not for Campbell.

The Cronulla riots came at the end of a police career that had witnessed wads of death and misery.  Campbell had seen the remains of a young kid, burned to death in a house fire.

He’d seen people stabbed. He’d carted three bodies from a helicopter crash.  He’d tried to breathe life into the lungs of a fellow motorcycle patrolman mangled by a car.He’d seen the consequences when someone falls into the path of a speeding train.

“After the riots, I began noticing changes in meself (sic),” he says.  “I was feeling depressed. My anger levels were through the roof. I was havin’ nightmares. “I knew about PTSD (post-traumatic stress disorder), I just didn’t think I was vulnerable.”

Campbell had an argument with his wife. “I don’t remember any of it,” he says. “Apparently, I accessed my commando knife, walked up to her, grabbed her and was gunna give her an Italian smile. I woke up in a psych ward.” Driven to extremes?  So I may as well join da Lebs

Campbell was not charged, but he never went back to work. He was discharged from the police force in 2009 with PTSD and got a payout. His marriage ended in 2010, “and that took most of me payout”. He lost his house.

The former policeman, 55, now lives in a caravan parked in the driveway of his elderly parents’ house at Dapto, south of Wollongong, bitter about the way he was treated. Bitter about life. “No one wants me. I tried for two years to get a job in the mines and that. I got me front-end loader ticket. I got me forklift ticket.”

Nothing worked and now he lives on $432 a week.

There’s not much call for an old-school copper who’s handy with a baton.” We suggest Craig could do better, damaging in Kempsey Prison.

Such as wiv da likes of Islamic State supporter Bourhan Hraichie, 18 (below) who savagedly bashed and slit a sleeping Aussie digger unconscious, poured boiling water on to his face and carved IS slogan ‘e4e’ into his forehead.

Call Kempsey or Goulburn.  Your services are needed.

Crowdfunding amongst the troops ought conjure sufficiently to earn a Bronwyn Bishop pension.