Multicultural Australia eh?  In Sydney, you can be turned away from certain shops for not being Chinese. If you snoop around their premises, you will be photographed by sullen faced Chinese who may even squawk at you to leave.

What goes on inside is a secret known only to its taciturn staff and those tourists being herded there in buses to spend Yuan for what have been described as Australian-made goods that may or may not be available on the Chinese market. However, if they are available, it beggars the question why go to so much trouble to retail them under such strict and hushed conditions?

“You only get out of life what you put in and a bit more if you can find a couple of mugs.” – Arfa Daley philosophy 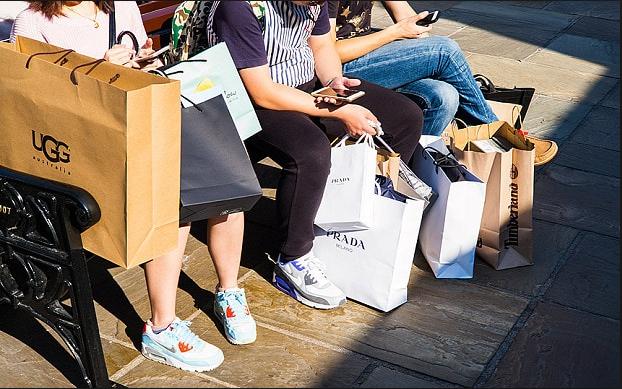 They are fraudulent copies made in China and falsely sold to ignorant chinese tourists herded by ‘guides’ who derive secret commissions.  Think ‘chinese corruption’ and you’re getting warm.

The Alexandria premises, which presents a factory storefront, purports to stock “ugg boots”. However, it bears the web address of southrom.com, which also has premises on the Gold Coast, Melbourne, and Cairns.

But Southrom describes its retail functions as “duty-free” and “souvenir” and stocks skin care products, wool produce, and health or vitamin products such a “royal jelly” and “Propolis toothpaste”.  Our witness claims they stock much more besides. 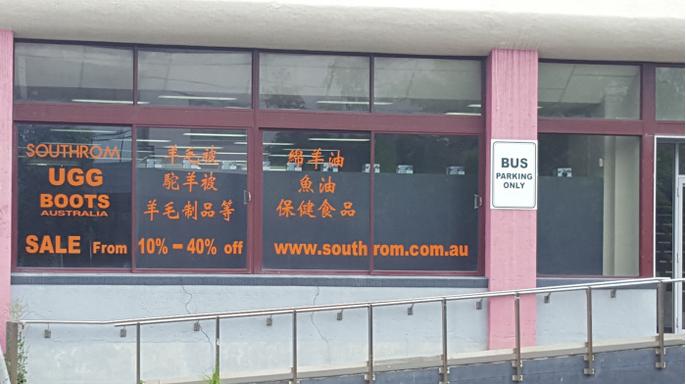 The source who tipped us off to this story approached the Alexandria premises with its pink and grey façade and designated private “bus” zone, but was denied entry. When he asked why he could not enter and make a purchase he was coldly informed by an officious alien:

“You can’t come in, you’re not Chinese.”

Thereafter, when attempting to gauge some sort of understanding of this shopping apartheid, a nationalist investigator had his car photographed by a pair of furtive Chinese women as he took notes outside the Alexandria store.

Ostar has title of the building which houses the James Street ‘Rebecca Aussie Gift Shop‘. 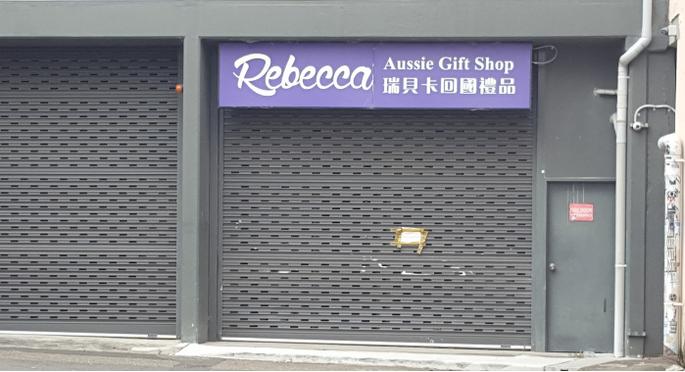 The Waterloo premises where the carpark of Ostar serves as ‘Rebecca Aussie gift shop’. But the Aussie in the name is the only thing Aussie allowed in there

The ‘gift shop’ shares space in Ostar’s gloomy grey industrial block which is a foreboding construction that looks better purposed for the live organ trade. Weirder, the gift shop appears to have been repurposed from what must’ve been formerly the building’s indoor parking area. So who in the name of the blessed virgin is Ostar?

The source who tipped us off to this story approached the Alexandria premises with its pink and grey façade and designated private “bus” zone, but was denied entry. When he asked why he could not enter and make a purchase he was coldly informed by an officious alien, “You can’t come in, you’re not Chinese.”

While we cannot say what their relationship with the ‘gift shop’ is, the blurb on Ostar’s web page suggests a Chinese-Australia media corporation and lists a number of print and radio interests throughout the states and the ACT. Yet, if you click on the other parts of their website to try and find out more the links don’t even load – begging the question whether there is any actual content to navigate to? 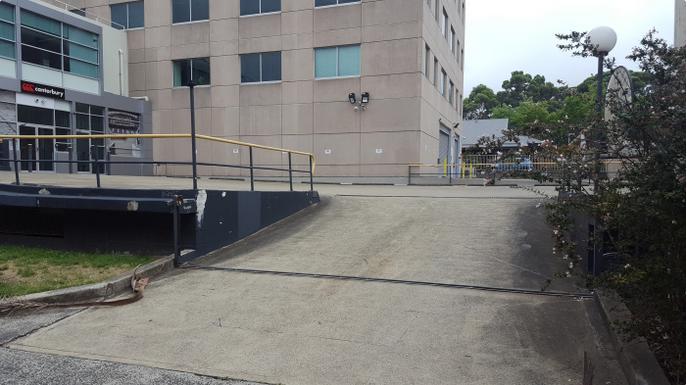 The commercial carpark near behind the Rebecca Aussie Gift Shop.

This is where eight buses arrive daily filled exclusively with Chinese shoppers spending in Chinese currency.

“Ostar Media has been successfully serving Australian and Chinese corporations, government organisations and communities for the past 19 years. Today, Ostar International Media Group is a driving force to facilitating the Sino-Australia cultural exchange, as well as being the distinctive part of the Australian Multiculturalism. OIMG is an influential media pioneer with a precise and innovative work ethic.”

Back in 2014, one of Ostar’s portfolio radio stations, 3CW Chinese Radio Pty Ltd was ordered by the Fair Work Ombudsman to repay $60,000 in outstanding wages and entitlements after attempting to get away with fobbing off two of its staff for just “$20 for each program they produced”. Both employees were Chinese nationals.

“The World is Your Lobster” Mr Zhaoqing Jiang

The sole director and secretary of 3CW is Mr Zhaoqing Jiang, who also happens to be listed as the entirety of Ostar’s “board of directors” on their webpage.

On that page we learn that Mr Jiang: “…organised and hosted more than 300 cultural shows and high profiled events and is recognised as the bridge between the Australian and Chinese government and businesses. He received a Multicultural award for Excellence because of his huge contribution in multicultural development.”

Ostar has a Facebook page, too, last updated back in November and infrequently maintained. 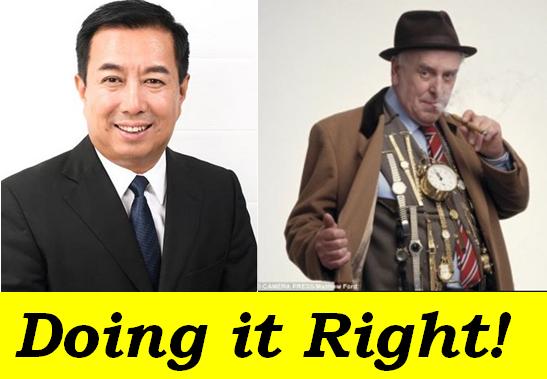 A right Arthur:  “You make contact with your customer. Understand their needs. And then flog them something they could well do without.”

It is understood from a local worker who has observed the James Street premises, which has an adjacent private carpark that “eight buses” arrive each day packed with Chinese shoppers. Each bus arrives carefully “one at a time”. Only those Chinese visitors are permitted to shop there and our contact believes, from his encounter with the outlet on Botany Road that they do not exchange Australian currency.

It is most likely that all transactions take place in the Chinese Yuan, or via the Chinese “UnionPay” card. We photographed an advertisement for the Union Pay card at the James Street premises.

On another note, the staff is entirely Chinese, but there is no way of knowing whether they are students being paid in Australian dollars, or are remunerated from China, which raises significant legal questions aside from the ones that arise from what appear to be dubious trading practises.

Union Pay links China’s banks and ATMs to one card and is a sort of multipurpose keycard for the discerning Imperialist Chinese shopper looking to help Beijing avoid paying any sort of Australian taxes.  UnionPay is another method of not using Australian currency which, as far as we have ascertained, isn’t even exchanged at either premise. 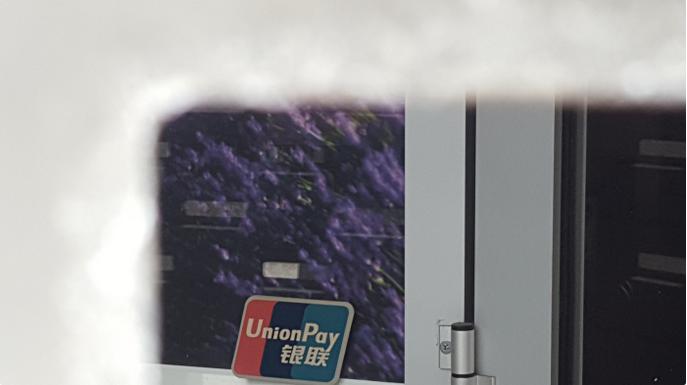 UnionPay tax avoidance, money laundering, and a nice little earner on the side.

Another question is whether or not these shoppers are tourists or ‘daigou’.  Daigou means roughly “buying on behalf of”, or an agent. There has been a surge in daigou snapping up local goods such as baby formula, vitamins, food and clothing.

The daigou have been known to strip whole supermarket shelves, disadvantaging Aussie consumers.

On another note, the staff is entirely Chinese, but there is no way of knowing whether they are students being paid in Australian dollars, or are remunerated from China, which raises significant legal questions aside from the ones that arise from what appear to be dubious trading practises.

Then, of course, is the matter of banning anyone not Chinese. That would appear to be a discriminatory policy necessitated by those same dodgy practices.

For those interested, the two Sydney locations are at: 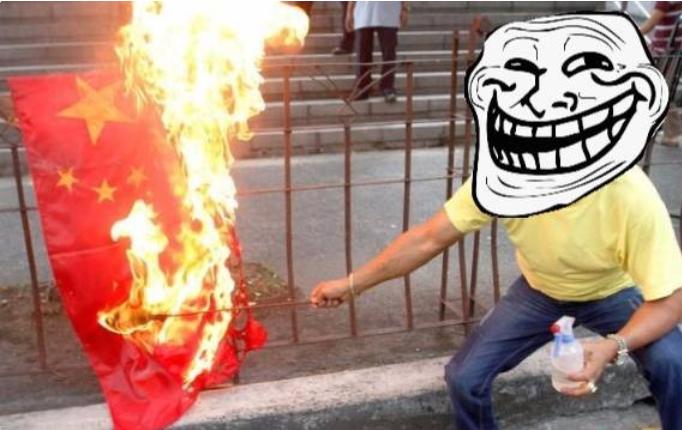 Check the United Nationalist Australia Facebook page and get involved!