We wish all our members, supporters, financiers, followers and readers a Merry Christmas and a safe and prosperous New Year.

We look forward to continuing to champion the just cause of Australian nationalism in 2017 while rattling the cages of anti-Australians and globalists who threaten our way of life.

And while we’re on the subject, left-leaning anti-Christs who wish to kill Christmas and what it means to our society, can chose to holiday in the Middle East and spruik their ‘happy holiday‘ and ‘very merry‘ deviant propaganda to the islamics over there – then try to get out of the place.

If anti-Australians reject Australia’s Christian values so much by trying to airbrush Christmas decorations and good will, then they ought simply emigrate.

Silly talks of banning Christmas – what they trash as the “C” word? – all this ‘political correctness?’, ‘muslim appeasement?’  No, it’s all sad, vacuous, bland platitude. It’s just multiculti concocted nonsense; the same leftist deculturation evangelist war against Christmas. And they try it on around this time every year.

Do Australians get offended by immigrants celebrating Ramadan, Yom Kippur, Diwali, Wesak, or Day of the Dead?  Would we know what these are or care?  For in Australia we celebrate Christmas and always have, so ‘When in Rome’ as they say…

Christian Democrat Fred Nile is right.  Leftists like Labor, globalist Greens and trade unions like the NSW Teachers Federation, should be “supporting our Australian culture and customs”.

A ban on these traditions is a denial of our history. Suppressing aspects of the Christmas celebration denies a cultural heritage that has formed the basis of Australia society and that underpins our understanding of life and liberty.

Fabricated offence about Christmas in a Christian country is pure leftist hate and rant. Those that partake are usually so bored because they’re either unemployable, overpaid on the public purse, or both. 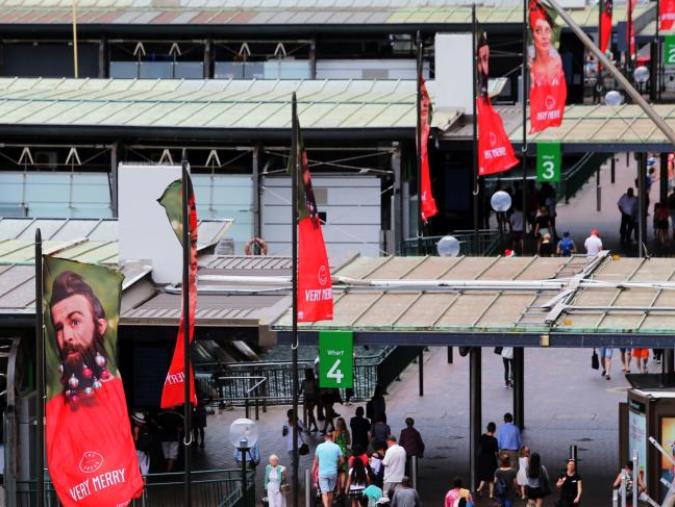 Silly anti-Christmas banners at Circular Quay and The Rocks lasted one day, before the state government properly ripped them down 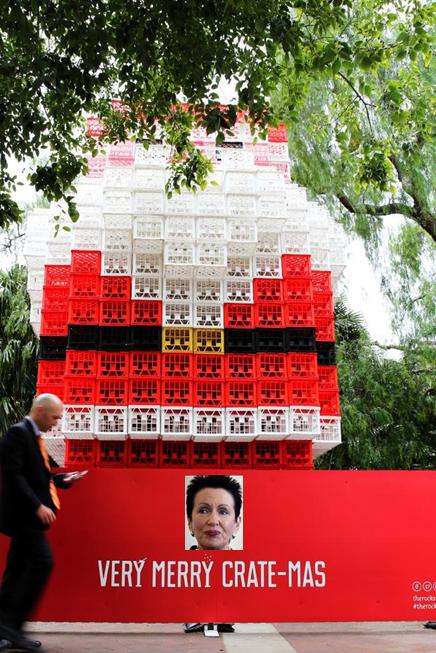 One ratepayer complained: “Stop spending my money denying an Australian (and world) celebration.”

To send a message to Clover Moore, perhaps Sydneysiders should adopt a leftie piñata tradition but having a Clover Moore effigy bashed with a stick instead of a paper donkey.

Overpaid and bored academics at the University of New England in Armidale have tried to claim Santa is a “lie” and advised parents not to tell children about Father Christmas for fear of damaging them. In an example of “elf” and safety gone mad, Dr Kathy McKay and co-author Professor Christopher Boyle suggested parents put kids at risk of trauma by talking about Santa and condemned the idea of a “terrifying” North Pole intelligence agency judging behaviour.

The University needs to change its name to reflect its All Ye Unfaithful attitude – something like the ‘University of Humbug’.

In Victoria, Labor’s Dan Andrew’s leftist government there issued a diktat to state government schools effectively banning Christmas carols.  Since around this time last year, Labor’s Education Minister James Merlino sent out a memo:  “Praise music”, defined as “any type of music that glorifies God or a particular religious figure or deity” will be banned from music classes beginning in January.

Any student heard even humming ‘Silent Night’ or ‘Rudolph the Red-Nosed Reindeer’ will be disciplined.  Hark! The Herald Angels Sing!

Lookout Easter Bunny and the poor old Tooth Fairy – you lot are next on Labor’s social re-engineering black book!

We wouldn’t be surprised if Greens Leader Senator Richard Di Natale came out wanting to ban New Years Eve so as not to offend the Chinese who observe a different calendar.  The meek are just lost and wandering the Earth. “The Meek Shall Inherit Nothing” – song by FRANK ZAPPA. 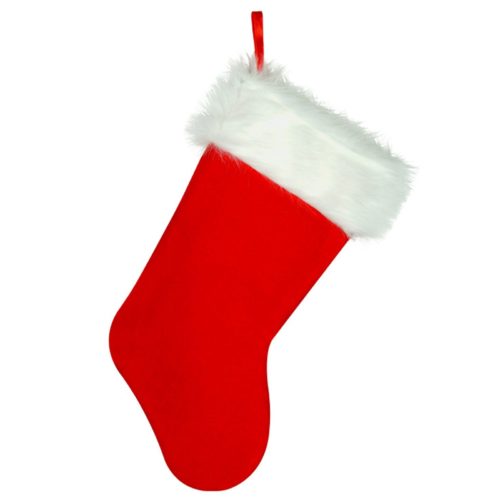 No Believe, No Receive