Of course he would.  He’s of Asian ethnicity, in Australia and not embracing of Australian culture. He’s a misfit.

On July 24 2014, Soutphommasane, an ethnic Chinese/Laotian, delivered a divisive racially charged plenary address to a like-minded audience at the Asian Studies Association at the University of Western Australia at the Institute of Administrative Law Annual Conference.  He got right into branding European settlement as “White Australia policy”.

“The 1970s saw the formal demise of the White Australia policy, and the transition to a multicultural Australian society. Mass immigration meant it was no longer tenable to expect that newcomers could be assimilated into an Australian way of life, at least one defined by ethnic and racial homogeneity.” 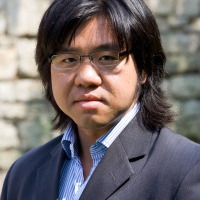 Why is Australia’s angry Race Discrimination Commissioner not Australian?
..another Labor Leftist Legacy appointed in the dying days before the 2013 Federal Election.

But he went on to claim that Australia’s cultural diversity was not represented in positions of leadership.  Can’t have too much of a good thing eh?

Soutphommasane stated:  “What we must avoid is the creation of a new class: a class of professional Asian-Australian coolies in the 21st century. A class of well-educated, ­ostensibly over-achieving Asian-Australians, who may none­the­less be permanently locked out from the ranks of their society’s leadership.’’

Why not send them back to lead their own nations in their own culture?

Soutphommasane said while nearly half of all Australians were either born overseas or had a parent who was born overseas, and about one in 10 Australians had an Asian background, only a handful of members of Federal Parliament had non-European ancestry.

”Is there a bamboo ceiling that exists in the same way that a glass ceiling exists for women?”, he asked the 99% Asian audience.  He said in the media, Asian faces were largely confined to presenting cooking programs.

Nothing wrong with a good Asian takeaway Tim!   And a few Buddhas in the garden shows Australians embrace cultural diversity in their own backyards.

But since when has it been part of the job description of the ‘Race Discrimination Commissioner’ to:

“Bamboo Ceiling” is a foreign leftist propaganda term for Asianisation. 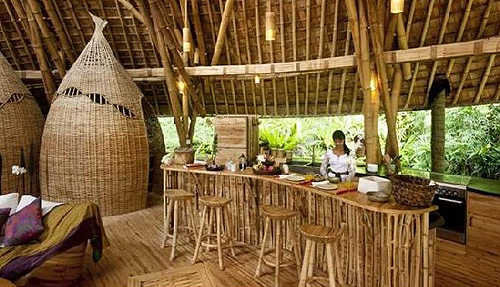 An immigrant, Tim Soutphommasane, has form criticising his adopted nation, Australia and its nationals, Australians. He calls himself a ‘political philosopher’ and a ‘freelance journalist’.  His blogsite is infested with criticism of Australians and of our identity.

If he alienates himself so much from Ordinary Australians and from British colonial heritage, why did Soutphommasane Anglicise his Christian Chinese name of ‘Tiān’ to ‘Tim’?   Is he just a thankless beneficiary of his Australian host nation’s traditional culture and our advanced social wealth, which he now denigrates?

“Affronted by the xenophobic nationalists who stalked the land during the Howard years, many progressive Australians have rejected a love of country, forgetting that there is a patriotism of the liberal left that at different times has advanced liberty, egalitarianism, and democratic citizenship.” 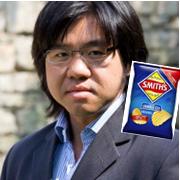 If a French-born of Chinese-Lao parents migrates to Australia, integrates and makes a success of himself, perhaps all well and good for him and Australia.
But if he brings a chip on his shoulder, or a pack of chips, why would any nation’s people welcome him?

How wrong can ‘reflective racism‘ be, when enunciated by patriots defending their homegrown culture against foreigners?  It is our right to preserve our identity.  But foreigners casting ‘invasive racism‘ against a local people is part of the invasion and de-culturation process.  Why did you leave France Tim?

What about Australia’s Youth Unemployment?   Australia’s own has more than 300,000 youth aged 15 to 24 who are underemployed.

How much per Aussie unemployed youth?