Most Asian students importing themselves into Australian universities couldn’t speak English to help themselves.

They are sold a backdoor pathway to migrate to the Australian good life.  Not only can they not speak English, they are thick.

Yet their parents in China, Asia, etc are so desperate for them to succeed that thousands are sent to Australian universities in order that their offspring get an Aussie badge of academic prowess.

Australian universities are so starved of government funding that any student cash, especially foreign student cash paid at a premium rate, gifts qualifications to any numbskull who presents.

Next step, since can’t speak syllable of Engrish, find way of cheating.

Check Internet and this Chinese fraudster in Sydney will get you a degree, masters, doctorate, whatever your cash wants. 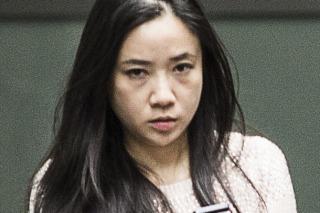 Dou is Chinese cheatster Number One!

Thousands of Asian students have enlisted her Sydney-based company to write essays and assignments for them as well as sit online tests, paying up to $1000 for the service. Their desire to succeed threatens the credibility and international standing of some of our most prestigious institutions.

A media investigation has uncovered her sophisticated online business, which has produced thousands of university assignments and turned over hundreds of thousands of dollars since it began operating in May 2012.

Yingying Dou, a 30-year-old Chinese-born woman, is the sole director of MyMaster Group Pty Ltd, which is behind the website, written in Chinese and aimed at international students. It claims to be the largest essay-writing service in Sydney, with 100 graduate writers from “prestigious universities in Australia” ready to accept jobs at any one time.

A flyer posted to the back of a toilet door at UTS gives insight to the anxiety among international students Ms Dou has capitalised on.

“Are you racking your brains on your school work? Do you worry about spending $3000 retaking tuition on the failing subject? Leave your worries to MyMaster and make your study easier!” the flyer states in Chinese.

Media reports confirm witnessing 700 receipts for direct deposits to the MyMaster bank account, totalling more than $160,000 for 2014 alone – a conservative estimate of the company’s annual income, as students can also pay by cash or PayPal.  Payments range from $13 to $1050 and during busy assessment periods the website receives up to 20 requests a day.  One request lodged was for a 6000-word research assignment for a human rights law course at the University of NSW, which was worth 70 per cent of the student’s overall grade.

Once the Chinese students pass, they then become eligible for Australian residency.  Then they bring over their family and cousins on family reunification visas. 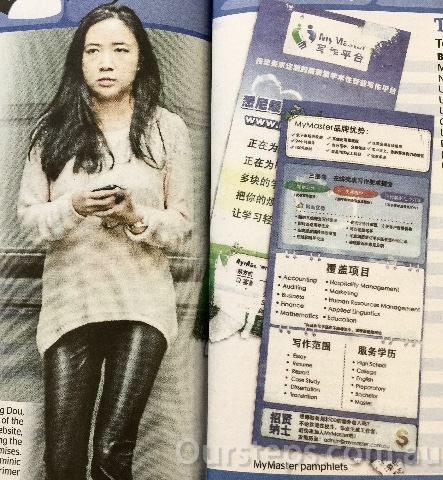 You Speak Chinese? Good, we give you Sydney University degree.  Pay cash No Problem!

The cheating is widespread throughout the state’s university system, with almost 1000 assignments produced this year for students studying courses as diverse as philosophy, economics, law, engineering, astronomy and marketing. 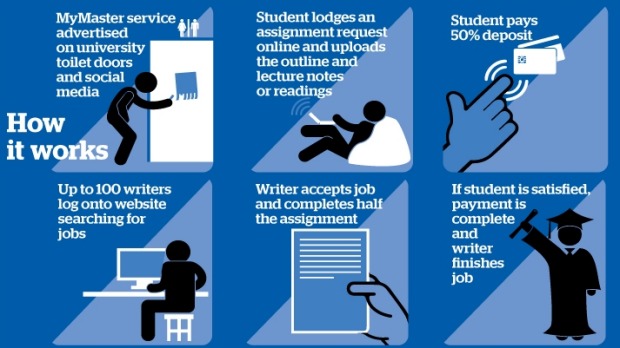 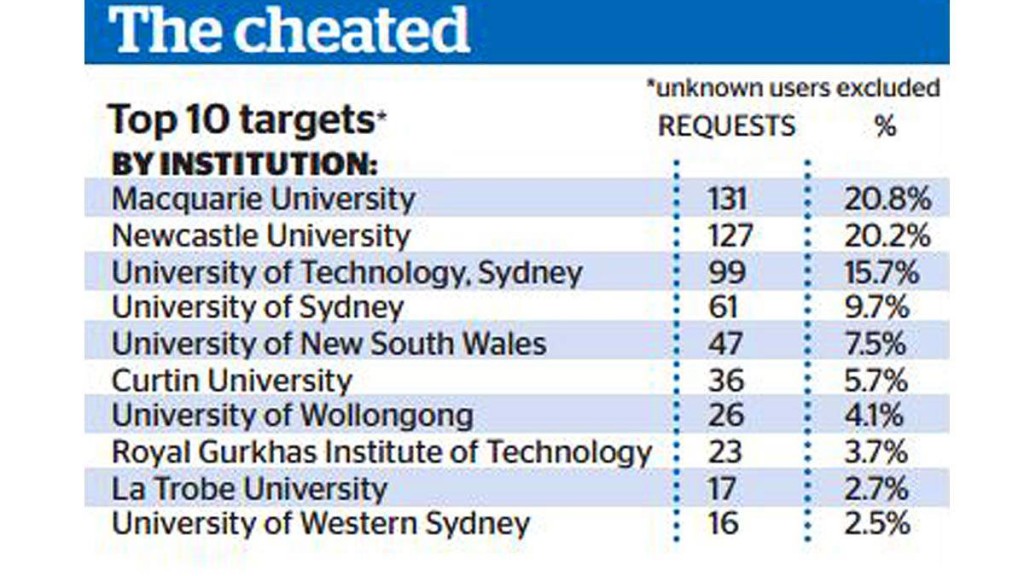 The University of Sydney, the state’s premier institution, is among the most widely affected, with cheating spread across multiple faculties. During 2014, students from at least 37 of the university’s courses succeeded through MyMaster service. 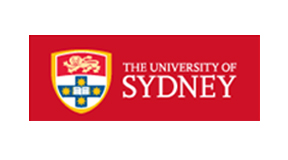 Aussie university badges are therefore sold/bought but not earned.  So it is basically a crap A4 fancy piece of paper.

The entrepreneur, Yingying Dou, went to high school at Pittwater House, a private school in Collaroy on Sydney’s northern beaches, and studied accounting at Macquarie University; and probably cheated.