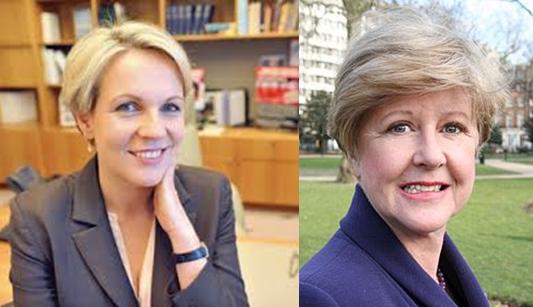 Taxpayer Socialists in political bed together. LGBT? – take your pick.

So, Julia Gillard-appointed Leftist Gillian Triggs deliberately waited until Labor and its mass boat people policy was out of power before appropriating more than $10 million in Australian taxpayers money to attack the incoming government with her self-indulgent ‘National Inquiry into Children in Immigration Detention 2014.‘

Gillian, send Labor’s propaganda back to Tanya Plikersek. She let em in.

Gillian Triggs is a Labor Leftist patsy abusing her position as Human Rights Commissioner to personally get stuck in to Liberal Prime Minister Tony Abbott.

Triggs is a Gillard Emily’s Lister – says everything.

Tanya Plibersek is always behind the smut and smear it is part of her political character.

Plibersek, an import only for more imports.