Liberal puppet of Sydney’s outer working class suburb Penrith, Councillor Marcus Cornish, is pro-Immigration and pro-Muslims – as many as he can attract to invade Penrith. Traitor!

Penrith people won’t have a bar of his halal treachery.  There are deep tensions in the Penrith community. Local peoples’ struggle is the decisive thing and Australia First Party will support this initiative. 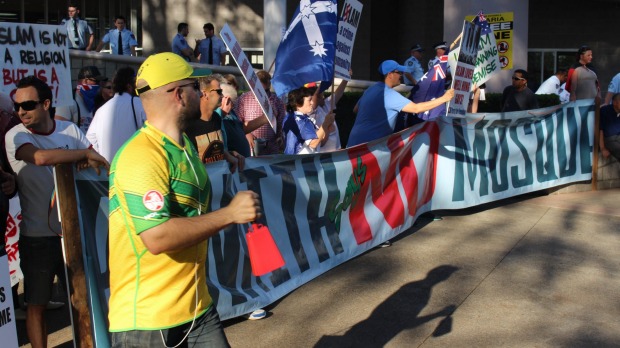 300 locals resist the Islamisation of their Penrith, Western Sydney, Australia

Penrith is Australian and residents don’t want the Islamic crime invading their region with all the ICE, home invasions, and drive by shootings they bring. Smiling Mike Baird couldn’t give a damn and refused to compensate victims of the Lindt Cafe Islamic terror attack. In fact, Mike Baird has called on Prime Minister Tony Abbott to “do more” to accept refugees, saying Australia’s economic strength means nothing unless we help the world’s vulnerable.   Baird ignores our own vulnerable Australian across New South Wales.  He rarely gets out of Sydney and his safe seaside seat of Manly.Baird:  “NSW stands ready… to take more than our fair share.”

The bloke is as out of touch as Queensland’s Liberal Campbell Newman was.

Bikinis or burqas? You choose.

Islam is not a religion, it is a cult.

Stuart Ayres, state MP for Penrith, is a Muslim lover like Mike Baird.  Multiculturalism is infecting further west in Sydney, according to Kevin Dunn, professor of geography and urban studies at the University of Western Sydney.

As we have warned, the Mosques are all about culture-bust.  Once people are worn out, misled, frazzled, beaten up by liberal courts, stuffed about by Liberal councilors and experience the attacks of outside groups from the extreme-left and the multicultural industry – then the real drama gets under way.

That’s the building of the new Penrith CBD, the new suburbs for the new immigrants drawn from China, the destruction of Nepean farming in exchange for unit blocks and the cleansing of the Aussie identity from the area.

Some Aussies can see this. After culture-bust comes the real deal. The Mosques are the culture bust – the battering ram in a new type of soft communal warfare. 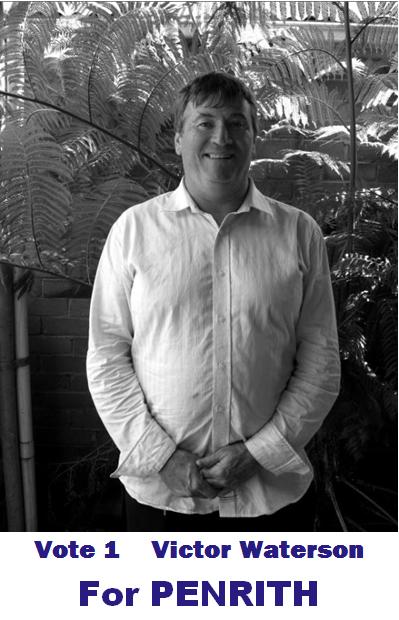