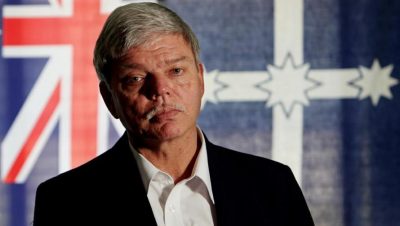 “Australia First Party, while critical of certain parts of the speech given yesterday by Senator Fraser Anning in Federal Parliament, says that its broad thrust was correct.

Senator Anning (below) said that Australia had grown through a European-centred immigration policy and that its abandonment in the 1970s was wrong for our identity and national progress. He urged that Muslim immigration be ended and mentioned African gang violence as proof of a failed policy. Although he said nothing about the Asianisation of Australia through immigration, he did mention the loss of Australian identity through the successive policies of governments. 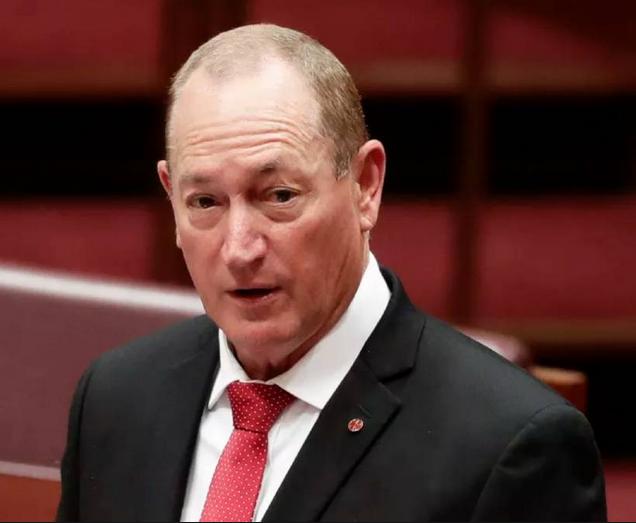 All this serves the Australian People and a national awakening about where immigration and multicultural policy are leading the country! The resulting publicity has set off another phase of the mass debate on immigration.

However, Senator Anning’s speech was important for another reason, It exposed Pauline Hanson once and for all.

“I am appalled by Fraser Anning’s speech. We are a multiracial society and I’ve always advocated you do not have to be white to be Australian.” 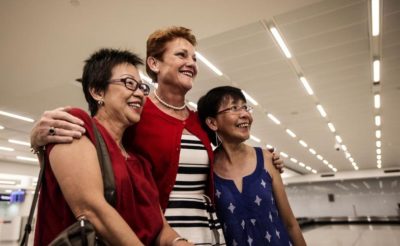 Hanson:  LibLab’s have bedecked me with a Senate $200k stipend, polly perks, rorts, even pearls.

Me junket cruise to Europe was timely to help me avoid press scrutiny during the Longman vote.

So yes, I must confess I’m more Non-White migrants these days.”

Indeed, Hanson has always advocated that. She advocated that in 1997, but hid it behind rhetoric and the clamour of her misguided supporters. She no longer bothers.

Many rank and file Hansonite members and voters will now ask what the party is about? 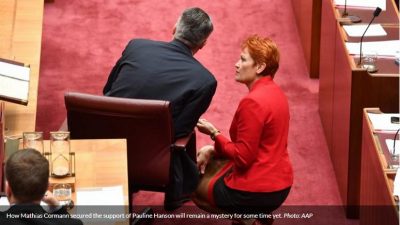 “Did I do good Mathiasy?”

Ironically, Senator Anning, after defecting from One Nation, joined Katter’s Australian Party. When pressed by a reporter on Ms Hanson’s criticism, Mr Katter said she was “abandoning the territory that made her infamous or famous”.

Pauline Hanson has long abandoned the political territory where Asianisation is the key question. I can assure Bob Katter, a consummate performer as he is, that it will not be taken over by his party in some opportunistic game-play either! This territory belongs to the nationalists, to Australia First Party and our political allies.

Publicity around Senator Anning’s speech will continue and Hanson, after denouncing it as some sort of “Nazi” exercise, will also grow more shrill and angry. She will advertise her actual views before the public. This is also to the good because Australia First Party intends to push Pauline Hanson once and for all off a particular part of the political territory and occupy it. That too, might not have been Senator Anning’s desire, but it will be the final result of the clash between them. It is the nationalists alone who challenge Asianisation.

In the meantime, we will enjoy the fireworks and stoke the flames wherever we can!” 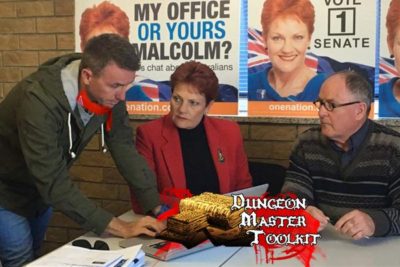