Last Friday, an ostentatiously dressed Islamic woman in the United States, Tahera Ahmad, boarded a United Airlines flight from Chicago to Washington D.C. – the US Capitol. 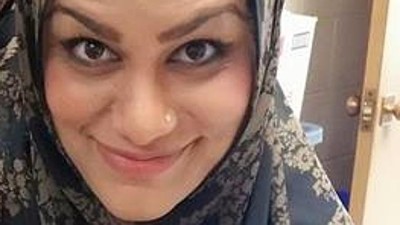 Would anyone be happy sitting next to this on a flight to Washington D.C.?

The hijab was checked by airport security at Chicago like everyone else and despite her Islamic brashness, was allowed to board the flight. On board and upon reaching cruise altitude as soon as refreshments were being served, the hijab demanded a can of Diet Coke.

The following exchange ensued according to the the hijab who later went public on ABC’s Chicago station WLS last Sunday:

Hijab:   “The flight attendant brought over an open can of Diet Coke, so I requested, for hygienic reasons, a closed can.”

Flight Attendant:  “Well, no one has consumed from this can.”

Hijab:  “That’s fine but I would really prefer for hygienic reasons and health concerns.”

Flight Attendant:  “Well, it is against our policy to give people unopened canned beverages.”

Then the hijab protested that the American male passenger beside her was given an unopened can of beer.

Hijab: “Well I think that’s strange because you’re discriminating against me because clearly you gave the passenger next to me an unopened beverage can.”

Hijab then shouted to the surrounding passengers, “Did you all just witness this discrimination!?” 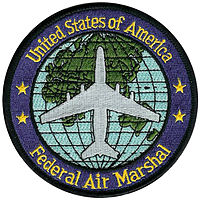 Where’s an air marshal when you need one?

Flight Attendant:  “No Diet Coke for you, because you would use it as a weapon.”

The otherwise quiet American man with the beer minding his own business was drawn to respond: “You muslim, you need to shut the fcnk up. You know you would use it as a weapon so shut the fcnk up.”  He then continued to quietly read his magazine.  He could have been a recently returned veteran from Iraq, but the hijab was up herself.

As a gesture, the flight attendant looked at the Diet Coke, picked it up, opened it and put it back on hijab’s tray.

Later apparently the attendant was ordered to apologise to hijab after the flight, acknowledging it was just the threatening offensive hijab. 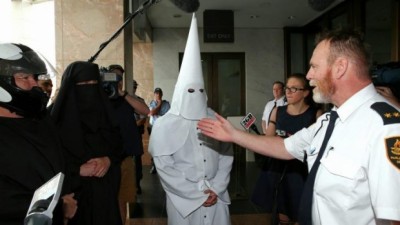 In October 2014, these three in various head-dress were denied entry to Australia’s Parliament House.

Meanwhile back with the hijab, she filed a prepared formal complaint with United Airlines after exiting the plane with the pilot.  She’s gone straight to the mainstream media in the U.S. pleading “islamophobia” and “systemic injustice”.

United Airlines went into PR damaged control later said in a public statement: “United is a company that strongly supports diversity and inclusion, and we and our partners do not discriminate against our employees or customers. The flight attendant aboard Shuttle America flight 3504 attempted several times to accommodate Ms. Ahmad’s beverage request after a misunderstanding regarding a can of Diet Coke.”

But the hijab has since gone viral on Twitter and Facebook, as one would expect. One of her Facebook followers, Faraz Yousufzai (not an American) commented:  “Allah! We will take this up sister. But Take heart also from the fact that Allah truly loves you to test you with this. Your heart must be a powerful city! Keep loving and reject hate. You are on the path of Our Prophet blessed be he. Amin.”

Her whole episode was premeditated entrapment – an Islamic political stunt to embarrass the heart of American aviation (United Airlines) at the head of America (Washington D.C.)  This islamic bitch wasn’t stupid. She knew exactly the media sensationalism she would cause.

But United Airlines shouldn’t have to cop this, and certainly not in American skies on a direct route to Washington D.C.  Tahera Ahmad deserves a lifetime ban by United Airlines for her unruly distruptive behaviour.  United, don’t be bullied by this foreign muslim trying on her political stunt.  The FAA also needs to step up and impose bans on all head coverings on all commercial flights in the United States.

What was hijab thinking?   Anyway, the way her media publicity is soaring, hijab may even challenge Hillary.

It turns out that hijab is Egyptian raised as a muslim in Chicago, educated in Arabic and traditional Islamic studies in both Cairo and Chicago. Nijab is employed as an islamic chaplain at Chicago’s Northwestern University and is a very vocal advocate for islamic rights in the US.

In turns out that hijab serves on the board of the Association of College and University Religious Affairs, is the co-president of the Association of College Muslim Chaplains. She is active with the Islamic Society of North America, the Inner-City Muslim Action Network, and the Council of Islamic Organizations of Greater Chicago.  She has served as the Department Head of Islamic Studies at the Nation’s largest Muslim Schools, the Islamic Foundation, in Chicago.

Hijab, who calls herself, Tehera Ahmad, on her university website describes herself as a passionate advocate for social justice and works with young adults in the interfaith movement on artistic and athletic projects to help develop a balanced faith identity in a diverse global world.

She has been featured on NPR, Chicago Public Radio, Chicago Sun Times, USA Today, and recently featured in the national PBS documentary titled The Calling, which portrays the struggle of faith in the 21st century for leaders from the Jewish, Christian, and Muslim faiths. Hijab is a renowned speaker and has worked closely with the U.S. State Department through leading international workshops on cultural awareness of Muslims and religious diversity. She was recently recognized and hosted by President Obama at the White House for her interfaith work and collaborative initiatives.

So this is what happens when Chicago welcomes in muslims by the tens of thousands.  Go Obama!  He was a Chicago Senator.

After viewing the opening scene of the recent Clint Eastwood film, ‘American Sniper‘, when in America it is all about America land of the free.

Australia shares American solidarity against Islam.  Muslims need to go back to the backward Muslim world from whence they came. 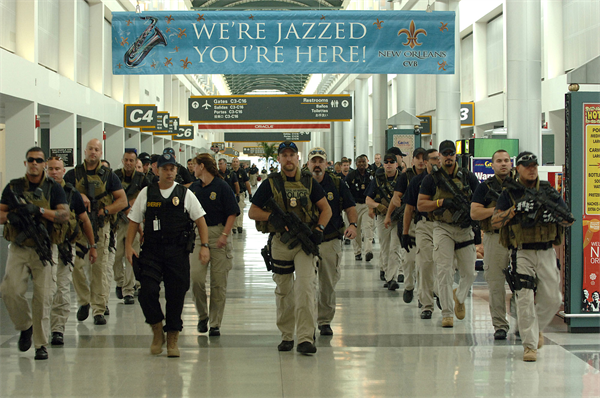 The US since 911 has deployed armed air marshals on all US domestic flights for the security of ordinary passengers.

But, even better, read the comments on the US forum in response:

Diet Coke isn’t halal anyway. It is ‘haram’. In Islamic, that means evil shit, probably because of the added aspartame or sucralose.