Liberal Party branch meetings for pre-selections can get pretty fiery especially when held in a shish kebab joint.

Last night in inner Sydney’s ethnic Arncliffe, the Liberal Party held a branch meeting at Naji’s 100% halal kebab, burger and roast chook joint.  It could have been a free feed since it’s owned by Michael Naji, a Muslim Arab and leftie-Liberal councillor on local Bayside Council.

Arncliffe is also situated in the NSW state seat of Rochdale as well as within the Federal seat of Barton, both held by Labor.  Even at local council level, the Liberals are in frustrated opposition.

Since 2016, when Liberal NSW Premier Mike Baird forced local council mergers including that of Botany Council (Christian) into the larger and adjoining Rockdale Council (predominantly Muslim), foreign ethnic tensions have been brewing – between imported Coptic and imported Muslim.

Then last night around 6pm, a joint factional branch meeting of the Young Liberal’s at a classy kebab joint erupted into an all out brawl.  Initially, other patrons presumed it was a food fight – whether the table group would go for a round of Aussie burgers, the roast chooks or try the kebabs. 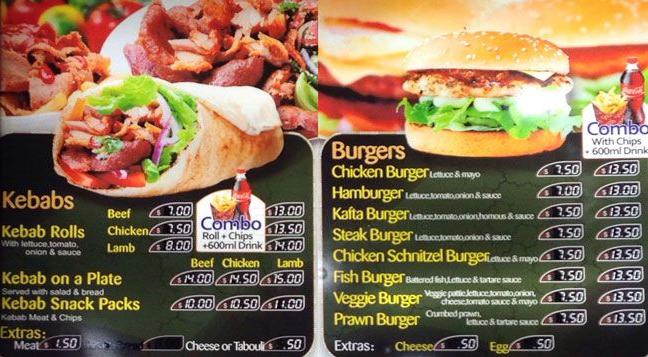 The kebabs won because there were more muslim members present.

Apparently there was not a White Australia is sight.  Arncliffe is a fringe targeted suburb of Canberra’s incoming Third Worlders – and another victim neighbourhood of White Flight.

So the Liberal’s meeting was all ethnic.

An insider said the kebab meeting was an attempted “hostile takeover” of the Young Liberal branch by muzzies.  “Just before the meeting started, there was an altercation where some people were intimidating and swearing and pushing and shoving of the others who belonged to the meeting,” he said.  “Others outside were blocked from entering the meeting”..by beard-toting islamic thugs. 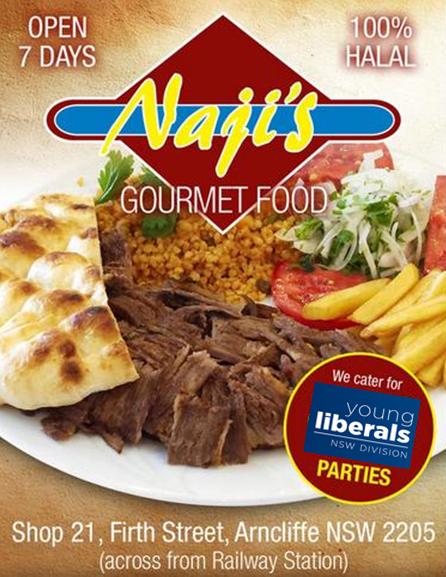 The Liberal Party’s leftie Taliban faction was muscling in and then the garlic yoghurt sauce was poured over everything.  A Coptic Christian of the Liberal right in his 40s complained, but then about ten muzzies let loose.  It erupted into a mini-Cronulla in da kebab joint – Christians against invading muzzies. 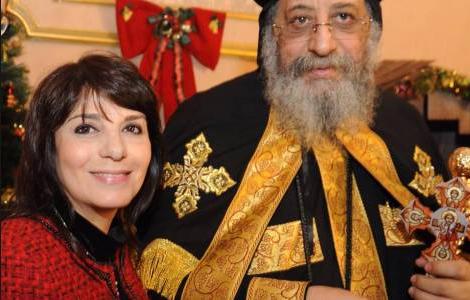 So the meeting of the Liberal Party over chicken burgers v garlic-infused kebabs quickly erupted into a religious food fight.  One male patron said “they started bashing him … they took him outside and started kicking him. To be honest I thought he was going to die.” 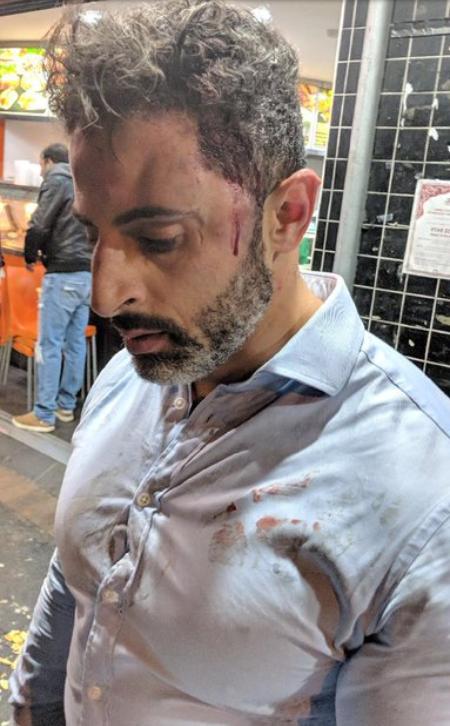 Coptic got shished by da kebabs!

Punches were thrown. They ganged up on the Christian and took him outside and using tables and chairs to bash him and stomped on his head in classic islamic style.  An elderly lady inside the cafe was also “trampled on” during the factional fracas.  Some Christians tried to film the incident, but their phones were taken and smashed and shouted down shouting “F… off Coptic dogs!”

Peace in our time. 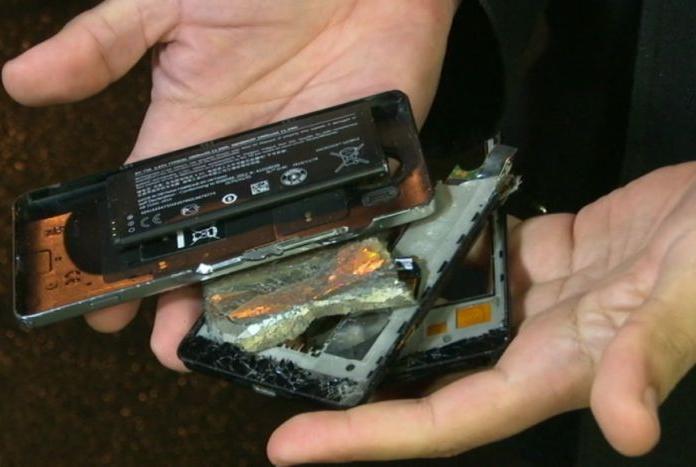 The Christians fled from the cafe without finishing their kebabs.  The bashed Christian was taken to hospital.

In Sydney, the Liberals are desperate for wedge power over Mike Baird’s merged outcome called ‘Bayside’ Council.  Naji’s Halal is but short walk from da Al-Zahra mosque.  The area has gone Hard Muzzie and the Liberal know it. They are prepared to surrender any Christian values they may have had to recruit influentials, even if they wear rags, tattoos, have criminal and ISIS links.  Enter Naji’s Halal kebab joint – owned by Liberal influential recruit for da invading muzzie diaspora.

Bayswater has become emblematic of the Liberal leftist ‘moderates’ covert deeds to actively recruit muzzies to get votes and the numbers every election time – local, state, national.  It’s just so that Labor doesn’t, so invariably involves bribes,promises of Senate parachuted glory, and free feeds like at Naji’s.  Think Lebanon and its ancient culture of camel trading (racketeering).

Let in islamic dogs and you catch fleas – look at what Bankstown-Canterbury have descended to – Little Lebanon.

Cronulla locals pissed them off back in December 2005.  But now the criminal muzzies wanna invest is a bit of the local political action and find the dumbest mule.  Left-leaning Liberals with their hardcore Brownshirts on the ground are obvious bait, feeding opportunism back to the Liberal Zio-Westfield Command Bunker.

Now with the muzzie numbers, if the Liberal candidate is Islamic for either Bayside, Rockdale, Barton at any government level, then he’s in and so displace Aussies and Christians.

And Kent Johns is a LibLab double adapting swinging defector.  Johns joined Labor in 1995 and scammed the gig as labor’s Rockdale Mayor from 1999 to 2002 before coming up against Labor powerbrokers.  He quit Labor and just two years later his polly ambition got the best of him so he signed up with the Libs in 2004 to scam a councillor gig on neighbouring Sutherland Shire.  He manipulated his promotion to Mayor from 2012 to 2015 and has since bullied his way toward bigger Liberal glory.

Johns has become Vice President of the NSW Liberals under patriarch President Phillip Ruddock.  Currently his vying for pre-selection for the Federal MP for Hughes so his ‘moderates’ faction can oust the outspoken incumbent Right Winger Craig Kelly.

Kent Johns is a protegé of PM Turncoat who also experimented and dabbled with Labor when he was young . Labor PM Bob Hawke recalls Turncoat  approached him on November 6, 1999, at Sydney’s Marriott Hotel following the defeat of Turncoat’s republic referendum, telling him told him:

“Bob, the only thing I can do now is join the Labor Party.” 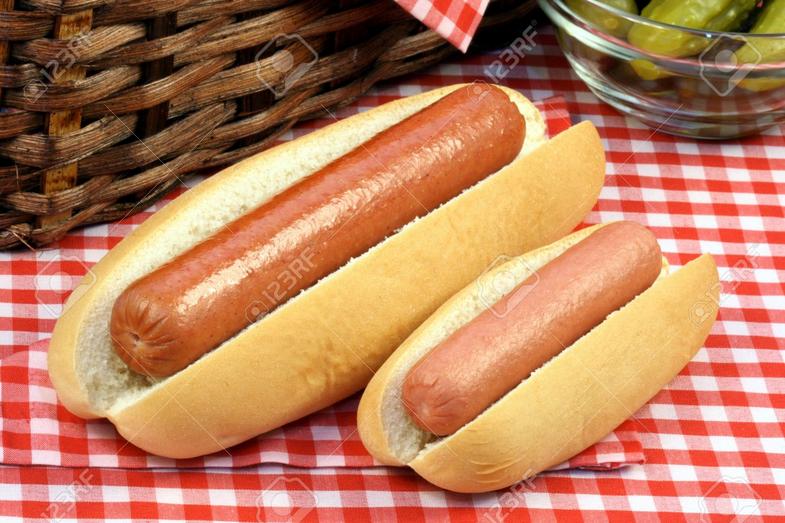 The factional fight at Haji’s halal apparently was for control of the Liberal Party body that selects Bayside councillors.

One witness, who did not want to be identified, described the situation as an attempted “hostile takeover” of the branch.  One version is the fight erupted between members of some foreign Egyptian party after some members, backed by a political power-broker, attempted to establish a Lib-Islamic branch in the area. It’s understood that da leftist beard-toting Taliban Faction over-retaliated. 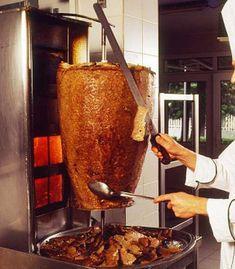 Another source said that a former young Liberal was attempting to move in numbers into a branch, which caused the tension that led to the brawl.  A senior Liberal Party member at the scene who did not want to be named said the fight was the result of an “internal power play”.  “The worst thing that normally happens in Liberal Party pre-selections is someone flicks the toothpick that holds together the cucumber sandwich.”

But the cucumbers were covered in garlic yoghurt in this instance.

Police said they were called to Naji’s on Firth Street in Arncliffe just before 7pm last night.  Blood and garlic sauce was everywhere. 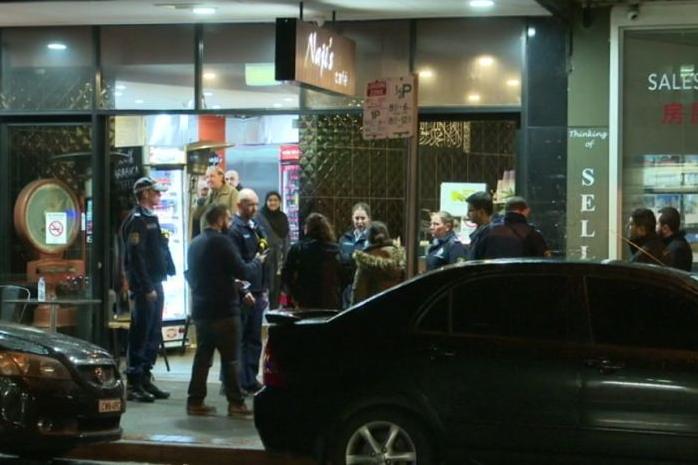 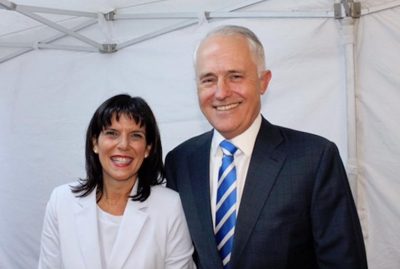