Very soon, the Australian Electoral Commission will conclude its deliberations over our party’s application for a logo for ballot papers, one which employs the words ‘Australia First’ and the Eureka Flag. 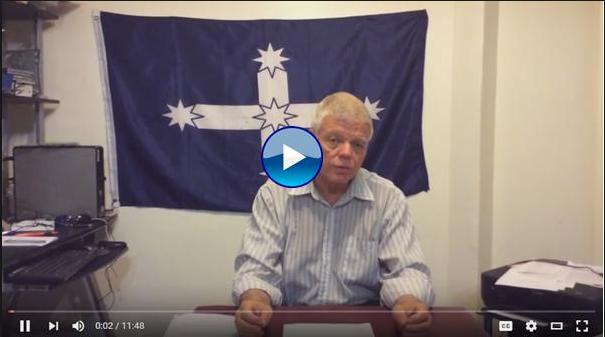 We have little doubt that our application will succeed.

It now seems the Ballarat City Council will make further legal moves to restrict the use of the Flag in general. 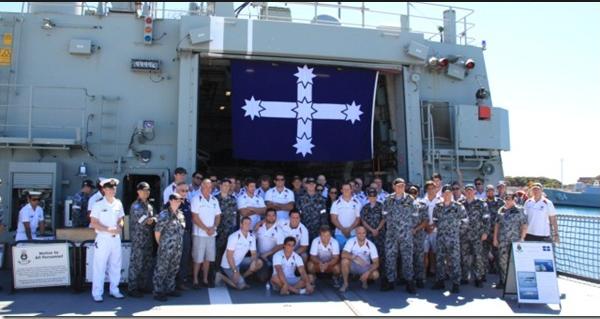 No rancour from Ballarat Council that certain ‘organisations’ like the criminal gang in charge of the CFMEU, some Labor Party connected stooges who front themselves as Trades Union councils, treasonous communists like the Communist Party of Australia (Marxist-Leninist) – use the Flag by itself or as a part of logos.

And then, no formal acknowledgement of legitimate bodies, like the University of Ballarat or HMAS Ballarat, or historical associations, which use the Flag and may be restricted by changes to the law. 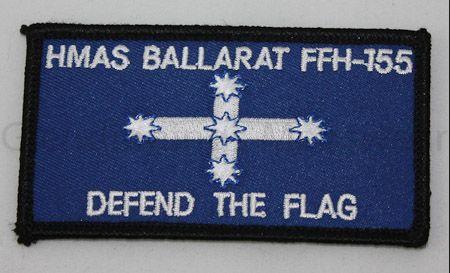 No, nothing from Ballarat Council. There is just the screaming rant that Australia First Party may not use the Eureka Flag in a party logo. 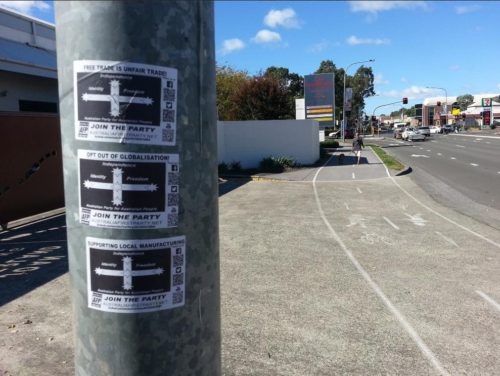 Our National Flag is regulated by law. However, past certain necessary rules over its public use and the respect that must be shown to it, the National Flag appears everywhere – on bunting, logos, advertisements, party materials and a thousand types of display. 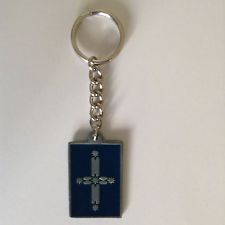 It is only fitting that this is so. Our party might object to kids using National Flags as capes or beach towels as perhaps a little tacky, but it is their undeniable right to employ the Flag.  Check out http://www.nedkellygifts.com.au/eureka-flag-mens-singlets/ 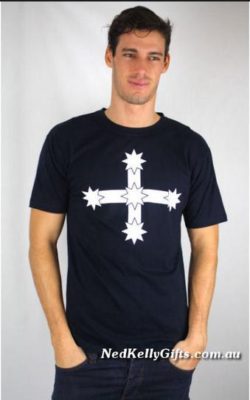 We might say the same about the Eureka Flag. Australia First may have objections to the use it has in certain places and by certain persons.

However, that is a political matter and the quality of its use is decided in political struggle. 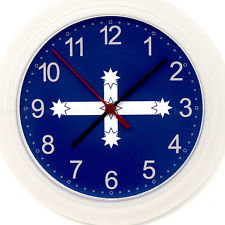 The fight over the Eureka Flag is part of the culture wars, the falsification of every aspect of Australian history to serve the purposes of globalism, multiculturalism and multiracialism. Ironic, in that some of the people who object to our use of the Flag, in particular, those bosses of the unions who run their fiefs as satellites of the Labor Party, conveniently forget the history of that party and those unions. Even more poignant in that our philosophy, our ethos, even aspects of our programme, derive from the better days of the Labor Party and the union movement! 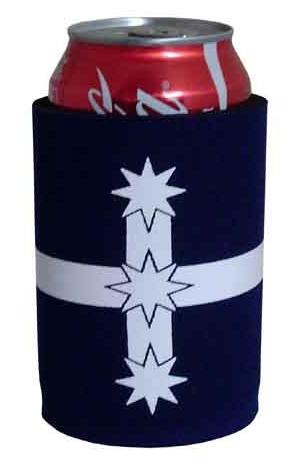 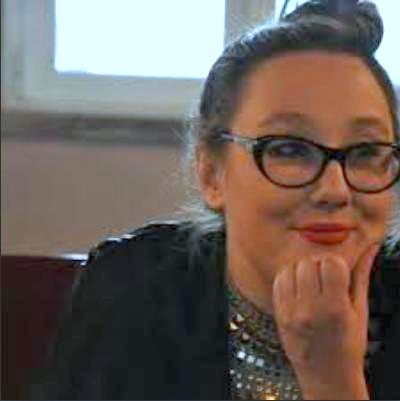 “Ballarat City Council is moving ahead with a plan to approach the Governor General’s Office and request the Eureka Flag be proclaimed as a flag of Australia.

The move would pave the way for steps to be taken to permanently protect the flag from use deemed inappropriate.

It followed months of debate surrounding a far right-wing political party’s plans to use the flag as its emblem.  (No, we are not “right wing”.  We are local Aussie nationalists).

City leaders condemned the move amid fears it would align Ballarat with the party’s controversial policies including wiping out multiculturalism and slashing immigration.  (Yeah good, Mel)

Cr Glen Crompton (a card carrying socialist) lauded the move to protect the flag’s use during the council meeting on Wednesday evening.

He said he found it “incomprehensible” steps had not already been taken to protect the flag from the threat of misuse. 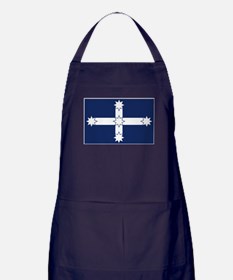 His words were echoed by Cr Vicki Coltman who said immediate action was needed.

“A number of people and leaders in the community have indicated they would support us and lobby the Governor General on our behalf to get the flag protected,” she said.

The move was also supported by Cr John Philips who said the flag “belonged to everybody” not one single entity or political party.  Cr Amy Johnson said while she had initially felt it was not the role of council to dictate the use of the flag, she supported the sentiments of the motion. 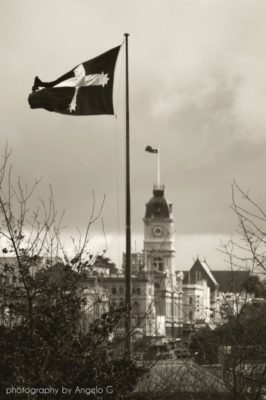 Several options to protect the flag have already been considered, including Trade Marks Act legislation, Copyright Act legislation or proclamation under the Flags Act 1953.

The council has deemed a proclamation to be the appropriate avenue, a move that may then allow for the publication of rules associated with the flag’s use.

The process is expected to take up to three months and cost $10,000.  (Ballaarat ratepayers money at work)

Ballarat Trades Hall secretary Brett Edgington (a career socialist) told The Courier earlier this week his organisation supported moves to protect the flag via proclamation rather than using trademark or copyright. 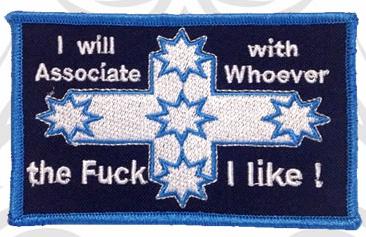 “If they went down the trademark or copyright route, that would be a really slippery slope,” he said at the time. ““There would be a huge legal fight over who owned that trademark.”

Australia First claims the Eureka Flag is a symbol of Australian nationalism and identity, “raised in the struggle to eject…multiculturalism and alien mass immigration”.

Ballarat councillors unanimously voted in favour of pushing for a degree of protection of the Eureka Flag to remove the threat of improper or inappropriate use.”   (of course they would).

Australia First Party will win the struggle over the Eureka Flag.