After seven years, why? 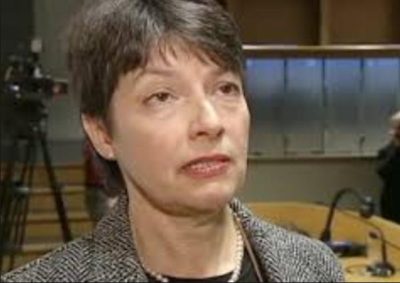 Britain’s Prime Minister David Cameron and his recent successor Theresa May have illegally detained the publisher of the U.S. Pentagon illegality for seven years without charge. Ny took six years to interview Assange because it was all a fabrication.  It is all very political, because Assange exposed Hillary Clinton and her Washington swamp insiders have never forgotten or forgiven.

Assange’s mother Christine Assange has repeatedly called on the Australian Government to give her son a new passport so that he can leave Britain.  But Australia’s Foreign Minister Julia Bishop remains in corrupt bed with the British Foreign Office and the U.S. Pentagon – whatever it takes.  They swap used condoms.

Assange was in Sweden in August 2010, to speak at a conference. While he was there he met two women and had sex with them.  In legal papers they are described only as AA and SW. They later filed complaints of ‘sex without a condom.’  Assange was questioned but never charged, and left the country.Assange argues that the sex was consensual and has denounced the accusations as “politically motivated”.  Of course it was, the accusation were subsequently exaggerated by Swedish intelligence as rape and molestation trumped-up by the British Foreign Office after one or too many single malts, doing secret favours for the Ango-Swedish Service.

Assange has vigorously denied the claims, and in a statement acquired by the ABC in December, told prosecutors he had been subjected to “six years of unlawful, politicised detention without charge”. 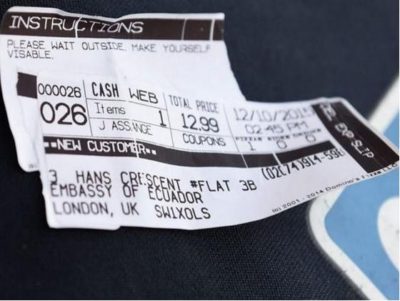 But Assange knows that if he steps outside he will be arrested and once in British custody he is likely to be ultimately be extradited to the US for his role at the helm of WikiLeaks media, which has published tens of thousands of leaked classified U.S. Pentagon documents it has received from numerous whistleblowers.  The Queensland genius computer hacker started the site in 2006, but it wasn’t until the publication of information about the US military, leaked by Chelsea Manning, that WikiLeaks and its editor-in-chief became household names.

Head of the Foreign Office, Simon McDonald, summoned Ecuador’s ambassador to the Foreign Office in 2015 to express “deep frustration” at the lack of progress in resolving the standoff between Assange and the Met Police.  It was all spin.  McDonald tried to bully the Ecuadorians into a secret deal to hand over Assange.  The reality was PM David Cameron’s 24-hour police siege around the Ecuadorian embassy had so far cost British taxpayers £11.1 million pounds.

Now there’s a new replacement charge used by Britain that Assange has broken bail, so they will still arrest him if he leaves the Ecuadorian Embassy, situated in Knightsbridge’s embassy precinct between Hyde Park and Westminster Parliament in London – the so-called capital of world democracy and freedom.

Among the leaks were a video entitled Collateral Murder, showing unarmed Iraqis being gunned down by an American helicopters; the Iraq and Afghanistan war logs, which revealed the true human cost of the conflicts; and over 250,000 diplomatic cables, which shone an uncomfortable spotlight on US foreign policy.

Assange has since been involved in the publication of material documenting extrajudicial killings in Kenya, a report on toxic waste dumping on the Ivory Coast, Church of Scientology manuals, Guantanamo Bay detention camp procedures and material involving large banks such as Kaupthing and Julius Baer.

Assange campaigned against the U.S. Pentagon globally speaking about WikiLeaks and his work, and has become a whisleblowing hero to a growing movement of anti-establishment (anti-Washington swamp) activists.  Trump clearly rode the anti-establishment wave and won because he had billions.

The Ecuadorian authorities have stated that he can remain in the embassy for as long as he wishes.

So why did Sweden drop the charges?  Well they were on the phone to the U.S. Pentagon to swap with naive new US Attorney, lynching bloodhound General Jeff Sessions arranging an indictment against Assange and so his extradition from Britain to the United States.

Sweden’s job done, and got paid out by Britain’s Foreign Office and the U.S. Pentagon.

So why today?  Well, the U.S. Pentagon has just announced they have finally managed to prepared charges against Assange.  The Pentagon’s propaganda has timely been ramped up.  Last week, CIA director Mike Pompeo spoke about WikiLeaks while addressing the Center for Strategic and International Studies in Washington, D.C. He told the assembled audience that it is “time to call out WikiLeaks for what it is, a nonstate hostile intelligence service often abetted by state actors like Russia.” He also spoke about Assange in blunt terms, calling him “a narcissist who has created nothing of value.”

Pompeo ought stay a while in Canberra.

Sessions has said that Assange’s arrest is a “priority” in a news conference last Thursday May 18, 2017.  It fits in with the Snowden betrayal and the conspiracy theory of Russian influence in evicting Hillary.  Vengeful Hillary DNC loyalists obviously persist within the Pentagon – no doubt  her appointees when she was shit Secretary of Obama’s State.

The Pentagon’s ‘Operation Get Assange‘ has Session’s green light for Assange’s extraordinary rendition.

Also, just by coincidence,  Ecuador on April 2 (2017) held its presidential election.   Opposition conservative (former banker) Guillermo Lasso had vowed to remove Wikileaks founder Julian Assange from the nation’s London embassy within 30 days of coming to power.  Problem is that his rival former Vice President Lenin Moreno has won.  Moreno has said Assange shall remain welcome at the Ecuadorian embassy in London as long as he likes, up yours Foreign Office!

The Assange affair smells to the highest level.  The public has lost trust in the established government in Britain, Australia and the United States. 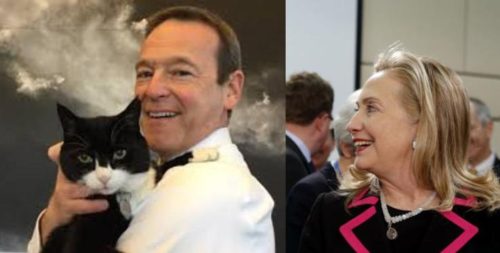 Under Secretaries can pretend to chase rats, but embroiled in foreign shams are never permanent.