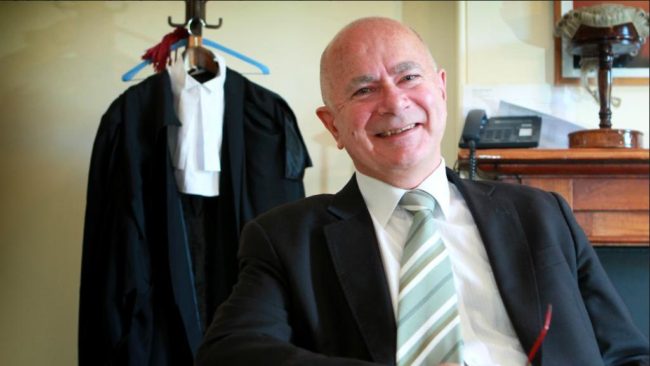 Appointed by the leftist Rudd-Gillard legacy

For starters, judges should not have been defence lawyers, because they approach the bench with a criminal siding bias. No wonder our police and society have no faith in the judiciary when it excuses so many criminals time and again.

Neither the Migration Act 1958 nor the Administrative Appeals Tribunal Act 1975 serve Australia’s national interests, rather the globalist interests of the flood of Third World migrants (falsely labelled as refugees) seeking Aussie welfare, and their leftist no-border advocates.

Australia’s humanitarian programme is a Third World invasion rort that is flooding and corroding Australia’s wealth and our decent society.

Third World fake refugees from the Middle East and Africa are the worst.  They’re muslim and only in Australia for welfare and breeding.

Department of Social Services data shows that in 2016 more than 1.5 million people receiving welfare payments in Australia were born overseas with migrants over-represented on the aged and carer pensions, according to previously confidential data.  The fastest growing income-support pension, the carer payment, is disproportionately used by people born in the Middle Eastern desert badlands. 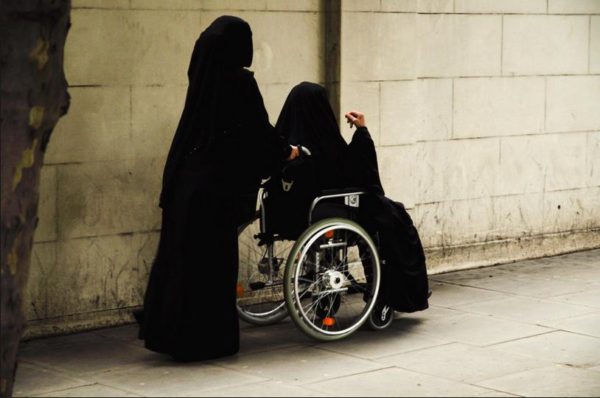 The muzzies come here for welfare.  The Age Pension costs more than $45 billion in 2016-17 and carers’ income support $8.3 billion.  No wonder Australia is broke.

And how’s this?  Centrelink ignores Islamic polygamy, paying spousal benefits to Muslim families with multiple wives apparently with the excuse of saving taxpayers’ money, or perhaps to avert a rejected muzzie ‘client’ returning in a suicide vest.

Last week, Mr Dutton cancelled the visas of six fake refugees from Iran who had lied about being persecuted because they had subsequently returned to Iran for holiday.  But the Administrative Appeals Tribunal bureaucrats over-ruled the Immigration Minister with no reasons given. 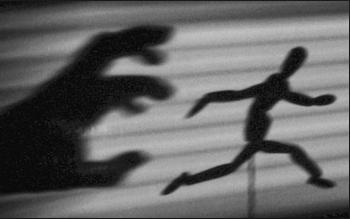 One of those the Administrative Appeals Tribunal overturned was Mr Dutton’s decision to kick Indian sex creep taxi driver Jagdeep Singh out of the country after he admitted indecently assaulting a female passenger in Melbourne. 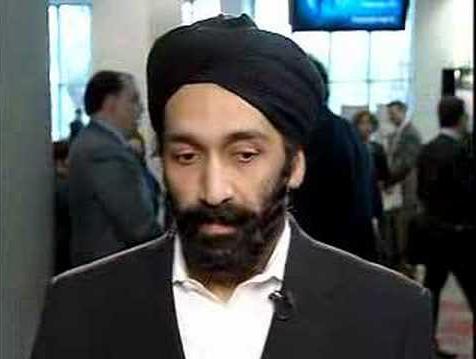 Claims were made that the individual was on an Iranian wanted list and persecution would follow if deported. They claimed to have fled using a fake passport. After getting a visa to stay in Australia, the individual contacted Iranian authorities and successfully applied for a new Iranian passport and has since used the Iranian passport to travel to and from Australia and Iran.

The individual’s Australian visa was cancelled after Mr Dutton’s delegate found the person had not fled Iran on a false identity, was not in any danger in Iran and was an economic migrant rather than a genuine refugee. The Administrative Appeals Tribunal accepted the person lied to gain the protection visa, but overturned the minister’s deportation decision and reinstated the person’s visa to stay in Australia.

The Administrative Appeals Tribunal granted an Iranian man refugee status because he was unlikely to stop drinking alcohol if he was returned to Iran.  He claims he frequently drinks alcohol and has had problems with the Iranian authorities in relation to alcohol on two occasions, in 2009 and 2012.

He told the Federal Circuit Court that under Iranian law anyone caught drinking alcohol for a third time will be executed and he was unsure he would be able to stop himself drinking alcohol.

Administrative Appeals Tribunal Judge Heather Riley found the evidence suggested the man might be an alcoholic or otherwise unable to refrain from drinking alcohol, notwithstanding consequences at the hands of the Iranian authorities, so she ruled the tribunal had fallen into jurisdictional error and sent the case back to the Administrative Appeals Tribunal for reconsideration, with costs.

The shit remains in Australia plastered on Aussie welfare.

Then there’s sadistic Kiwi criminal Carl Stafford (42) with a history of violent offending spanning almost three decades. He had already racked up hundreds of charges and was convicted and jailed for years of offending.  Stafford was charged with 90 ­offences as a child and then a further 275 offences before he was issued with a Notice of Intention to Cancel his visa in 2004.  He was warned any further offending would almost certainly lead to ­deportation. He was subsequently charged with another 179 offences, but no action was taken until 2013, when his visa was cancelled.

Australia cancelled his visa in 2013, but the Administrative Appeals Tribunal overturned the deportation order after Stafford promised: “I know this is the last chance. I’m too old to keep offending. If I can stay, I will not let you down.”

“Had … welfare agencies intervened, the applicant’s drug abuse and offending from an early age may not have eventuated,” Mr Handley wrote.

“Much of his offending was impulsive and connected with his poor mental health. The Australian community should bear some responsibility for the absence of intervention and should not, in my view, dismiss the applicant by returning him to his place of birth.”

Stafford then confessed to raping a woman in 2015 after breaking into her St Kilda home (Melbourne) at about 2am.  He brutally raped her during a 45-minute ordeal before she managed to escape and find help. 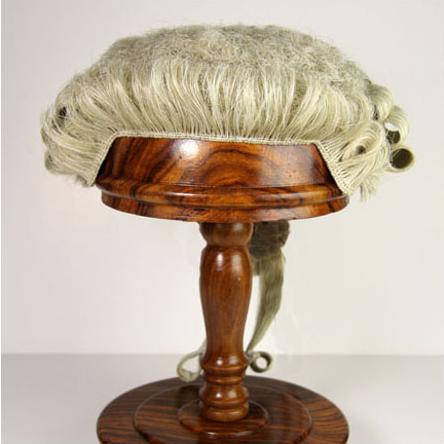 Calabrian mafia boss Francesco Madafferi was let into Australia despite having served jail time in Italy for kidnapping, mafia conspiracy, theft,  stabbings, extortion and drug offences.  In 2000 he had an outstanding arrest warrant by an Italian court in which he faced a lengthy jail term on unserved sentences for violence and dishonesty offences.

Madafferi applied for permanent residency in Australia but was refused by the Immigration Department, yet the Administrative Appeals Tribunal overturned the decision.  Madafferi went on to commit home invasion, deal in drugs and was later jailed for 10 years ­following the world’s biggest ecstasy bust.

Dodgy claims involved fake religious beliefs, sham marriages and lies about sexuality were adding to a logjam of cases in immigration and refugee tribunals, costing taxpayers millions of dollars.

Frustrated tribunal members are finding some claims are blatantly faked, including a Chinese asylum seeker who said he was Catholic but didn’t know who the Pope was.  Other men lied about being gay or invented elaborate stories about being pursued by criminal gangs, ex-partners or corrupt officials in an attempt to gain asylum.

One Nigerian man sought protection for being part of a militant group involved in armed robbery, kidnapping and other non-political crimes.
Visa overstayers, including students, are also faking it or taking advantage of appeal delays to buy time in Australia at the expense of a clogged system. 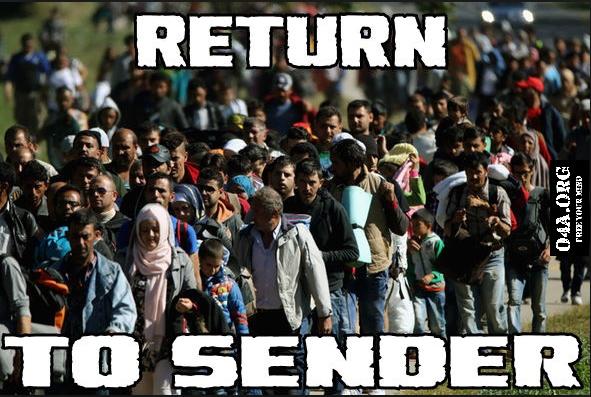 Phap Pham (real name) and his Australian wife Nguyen, quizzed separately, said they were introduced at South Bank (Brisbane) some time around June 2007 and later married in Vietnam.  Pham wanted a partner visa and had to convince the Migration Review Tribunal his relationship was “ongoing, genuine and to the exclusion of all others”.

But Immigration found little evidence of Pham living in the house he said he shared with his wife. Officials found only some men’s jeans and no male underwear or toiletries in their bedroom.  In 2008 he also returned from Vietnam and signed papers saying he was visiting nieces and nephews, failing to mention his wife. And while he told the tribunal he proposed in person, he earlier said it was by phone.

Paramjeet Grewal (real name) claimed he couldn’t afford a lawyer because his mother is supporting him from India after his student visa was cancelled last May.  Grewal’s education provider (dodgy) Metro College told Immigration he attended only 68% of his business course classes, not the mandatory 80%.  But Grewal (22) claimed the college gave him the wrong start date so he unfairly missed his first month.  Grewal said without the business qualification he will be unemployable.  “Australia is a really good country and I want to study here because the study will be valued all over the world,” he said.

Wind the sham up!