A private group of wealthy Melburnians who drive luxury cars, who have become fearful of becoming victims of African carjackings, are taking the law into their own hands secretly trialing a car defence kit out of South Africa.

Once dubbed the ‘Blaster’ or ‘braaivleis‘ invented by Afrikaner inventor Charl Fourie in 1998 following the demise of Apartheid, and the technology has had several upgrades since then.

The device squirts liquid gas from a small LPG cylinder fitted in the boot through to four jet nozzles positioned under the central door pillar on either side the car. The gas is ignited by a 14000 volt electric spark when a pedal is depressed by the driver.  Should a would-be carjacker approach the vehicle while it is stopped in traffic (typical scenario), all the driver needs do is flick a switch on the dash to engage a man-high fireball.  KaBOOM! 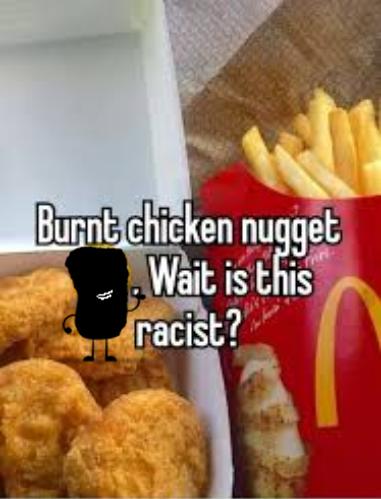 The breadth and depth of the flame can be adjusted to the driver’s personal preference – medium or well-done.  But best to disarm it when going through a drive-though.

In South Africa, it is legal to use lethal force in self-defence if in fear of one’s life, and ownership of flamethrowers is unrestricted, and it causes no damage to the car’s duco.  He said he got sick and tired of driving to work in Joburg only to repeatedly witness cars in front of him stopped at traffic lights getting carjacked by gangs of armed negro youths.

Joburg with all the negros running riot, has the highest per capita murder, assault, rape and carjacking capital of the world. 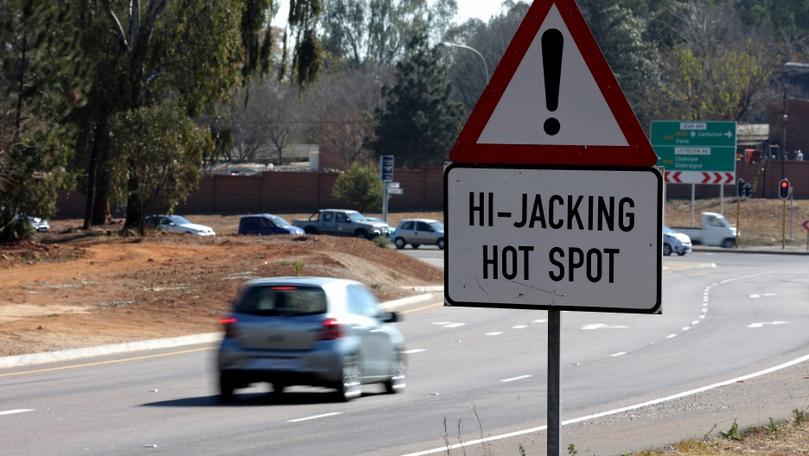 Johannesburg, South Africa:   “Arm your blaster for the next 5km”

A Mad Max film buff, Fourie always had his trusty 8-round Doruk Gladiator in his car for self-defence, but he had been told by SAPS (local police) that he was approaching is annual black quota.

So he was looking for an effective non-lethal solution.  Fourie said he got the idea from watching celebrity chef Heston Blumenthal making a creme brulee using a gas blowtorch.

Fourie (now 52) who has become a legend in his native South Africa, reckons his blasting device does not kill.  “This is definitely non-lethal…. A person is not going to stand there for a minute while you roast him. It will fend off the attacker, and that’s the end of it.  My personal feeling is that it would definitely blind a person. He will never see again,” he said.  He has nicknamed his invention ‘Braaivleis’ – Afrikaner for grilled meat.

Some have suggested for Melbourne a better brand would be ‘KHARTOUM KaBOOM!‘ 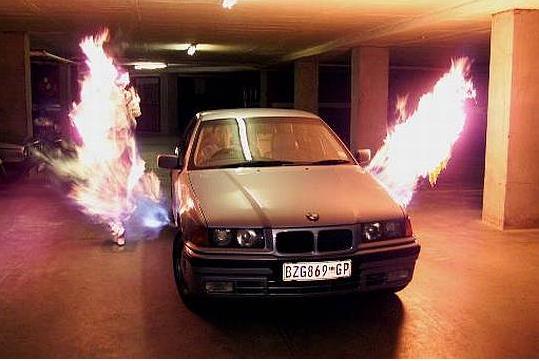 BMW well-equipped battle for supremacy – with extra bells and whistles

This device has appeal to the Melbourne group, which go by the pseudonym ‘Protect Melbourne‘.  Obviously, its members do not wish to disclose their identity.  Like many Melburnians, they have simply lost faith in the Victoria Police to tackle the African crime crisis afflicting their beloved city.

African youth gangs numbering in the hundreds, roam Melbourne by night armed and unleashing mayhem on streets, carjackings, mugging people and committing home invasions with impunity.  The Children’s Court of Victoria at 477 Little Lonsdale Street in the city centre is run by civil libertarian judges who side with the gangs and just slap the under-aged offenders on the wrist and next night their back at it.

Watch one episode in South Melbourne: 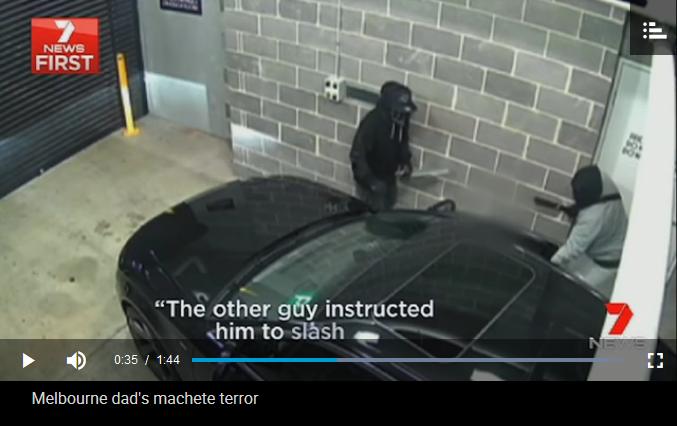 The Toorak based private group of residents is one of a number of ordinary citizens, frustrated by police and government inaction, who have resorted to vigilante street patrols.  Soldiers of Odin and True Blue Crew are two other younger local White groups of residents who standing for “old fashioned Australian values” and protectors of decent society.  They are “taking back our streets” from ethnic street gangs that are terrorising locals.   They patrol known hotspots of Melbourne nightly in groups wearing black to keeping the streets safe.

On Mondays, the Melbourne group distributes food and clothing to the homeless out of a stall in City Square. 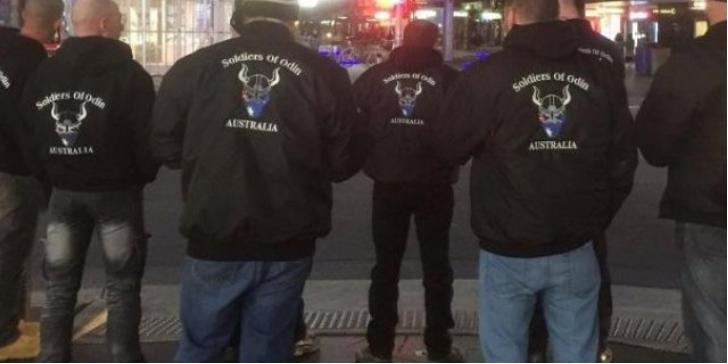 Soldiers of Odin has over 200 members since forming, and have organised into divisions beyond Melbourne interstate in Sydney, Brisbane, Perth and Adelaide.  They have more than 20,000 followers on their Melbourne Facebook page alone.

A pregnant woman was attacked by a gang of Africans armed with a hammer in Melbourne’s Noble Park.  Click image to play video extract. 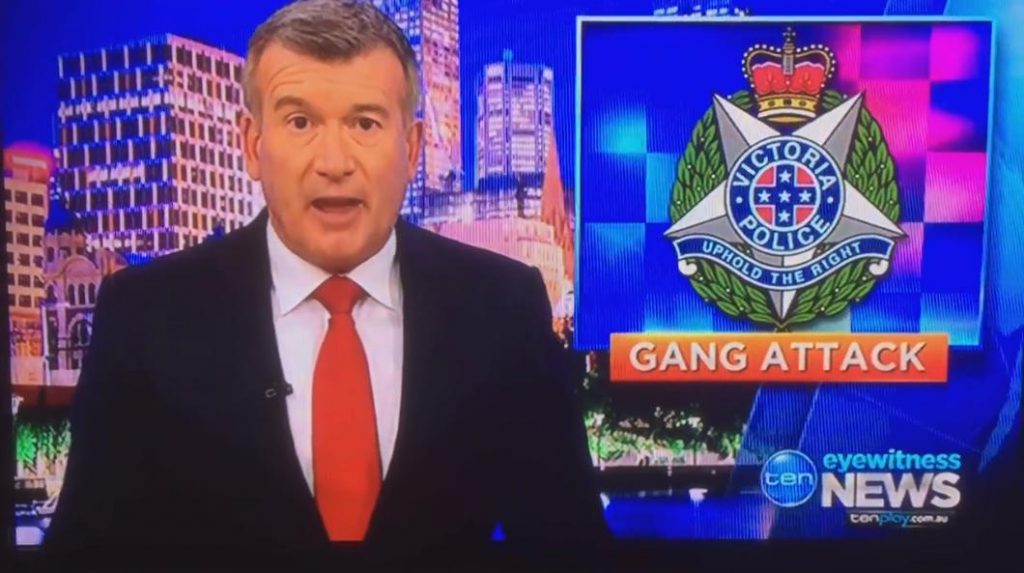 Another group, ‘Protect Victoria’ has been established by Aussie and ex-military man, Hayden Bradford,who believes that police and the justice system are not to doing enough to protect Victorians.  Hayden reckons the Menace to Society negros gang’s motto is “Do the crime, and you’ll get bail in no time.”

Hayden’s had a gutful.  “I think it’s getting to that stage people are just sort of saying ‘if we have to take back our streets then fine — we’ll do it our way’.”

Charl Fourie has patented the device and demand has been huge. White South Africans reckon it’s ‘kiff’ and retailing for around 6000 rand ($600 Aussie) sales have been steady.  And it’s quite legal – South African courts allow killing if convinced that it’s in self-defence. And the country since Apartheid ended in 1993 suffers more than 10,000 carjackings a year, with negro criminals often brandished weapons and using them with little provocation.

Fourie’s first customer back in 1998 was in fact Police Superintendent David Walkley of Johannesburg’s crime intelligence unit, who acknowledged  “There are certain risks in using it, but there are also risks in not having anything at all.”

The device can now be purchased through Amazon online direct from the manufacturer in Johannesburg.  Fourie also has designed a pocket-sized “personal flamethrower”.  It can also be ordered online and comes in a variety of popular colours including ‘ISIS hunter orange’.