Migrants typically employed at Australia’s firearms registries on work visas (457, 189, 190, etc) in each state are as corrupt as their political masters are incompetent. In New South Wales and Victoria it’s particularly pathetic case of dumb and dumber.

In NSW, the Firearms Registry is part of NSW Police Force and is responsible for administering the Firearms and Prohibited Weapons legislation, including the registration of firearms, licensing and compliance in NSW.

Incoming Premier Gladys Berejiklian has rearranged the furniture.  Oxymoronic ‘Service NSW‘ now does it.  But whose it serve? Like most NSW Government departments, it’s saturated with migrant public servants.  The NSW Government ploy is to relocate more and more of its departments to migrant-central Parramatta to be situated closer to the migrant demographic – Asians, Arabs, Indians.  So why should Services NSW be any different?

On April 7, Service NSW mailed 2500 personal identification documents to the wrong addresses across the state including 104 gun licences that went somewhere undisclosed.

In total, 2693 licences issued on April 7, most of them driver’s licences, were sent to the wrong address. Along with the 104 gun licences, 26 security licences, three commercial and private investigator licences and 242 proof-of-age cards were sent to the incorrect address.

“At Service NSW, a positive customer experience is our highest priority. Service NSW draws on the best in service delivery from public and private sectors to provide an even better and more efficient customer experience. Our culture’s building blocks – called our ‘DNA’ – begins with our vision, and outlines what we’ll do to deliver improved customer service.”

So a week later, the NSW Police Force finds out and has to step in, contacting legitimate gun owners and apologising on behalf of Gladys and suggesting the law-abiding Aussie gun owners and gun shops “look out for any suspicious activity”. 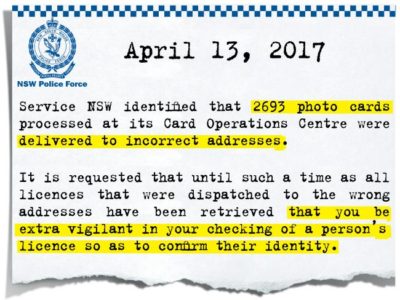 Police have the latest golf-ball typewriters

This might be migrant bikie gang members blanketed with tattoos fronting up to a gun-shop with the NSW Firearms Licence of a White Australian and trying to by guns and ammo – shot guns, semi-automatics, whatever. 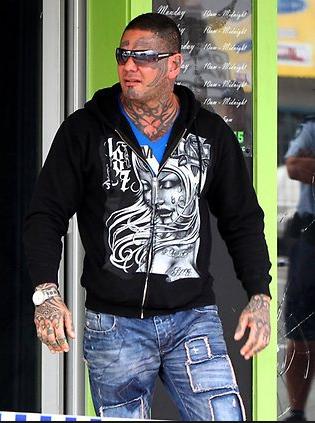 “Yeah, that’s my licence, without me shades on.”

Federal Liberal Democrats senator David Leyonhjelm says the NSW government is “tough” on recreational sporting shooters, but fails to apply the same standards to their own agency.

“If you were a bad guy and received the licence in the mail which wasn’t yours, you would then potentially be able to gain access to firearms if you found a permit.  With the licence, you could buy ammunition and gain access to a shooting range and shoot firearms on the assumption that you are a licenced person. If you’re licenced, you don’t have to be supervised.”

Remember PM John Howard in 1996 wasting $500 million buying back guns held by Ordinary Australians just because of one mass murdering psychopath?  The 700,000 mainly rifles recovered from Aussies and destroyed have been replaced by 2.75 million registered firearms with 250,000 illegal longarms (rifles and shotguns) and illegal 300,000 handguns circulating, largely in the hands of migrant criminals. (Australian Institute of Criminology) 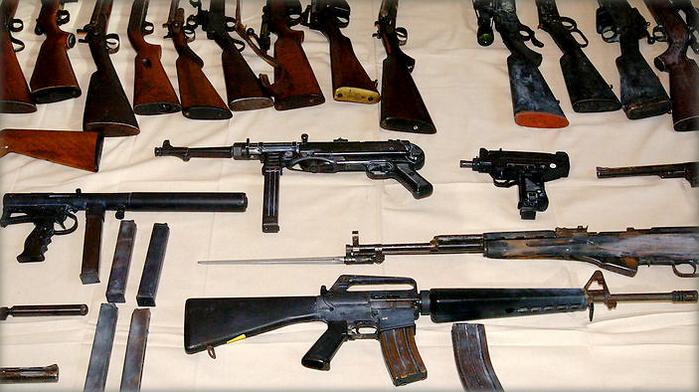 “It is requested that until such a time as all licences that were dispatched to the wrong addresses have been retrieved, that you be extra vigilant in your checking of a person’s licence so as to confirm their identity.”

Rachna Gandhi has only women working in executive roles at Service NSW, besides the accountant and IT blokes who know what they are doing.  See, diversity is mandatory under the Government Sector Employment Act – to cut back on the White Australian Male monoculture.  Diversity supersedes merit.

Ever handled a firearm Ms Gandhi?

No. So it’s the gun-shop owners who have to be extra vigilant because of government ‘errors’, while the corrupt work visa migrants on 190 subclass visas keep their cushy public service jobs.  ‘Subclass’ alright – Turd World subclass.

And sister department NSW Roads and Traffic Authority, changed its name to RMS, costing millions for the token re-branding. Then it did away with issuing drivers licences to save money.   There are plans to just do away with gun licences to also save money.

Hey, Services NSW could be privatised and off shored like the Lands Titles Office for a Gladys $2.6 Billion to say China or Syria.  Gun-shops could then just mail out their guns and ammo using the reliable services of Australia Post’s migrant couriers.  That should work.

In January 2017, other corrupt migrant public servants at the Department of Environment, Land, Water, Planning, Local Government, Suburban Development Energy, Climate Change..and Gun Registry emailed out all the names, addresses and gun licence details of Victoria’s 8,709 gun licence holders.  It was like a networking thing, like Tupperware tea parties, but for guns instead.

“It really was a simple case of human error,” the department’s communications blameless executive director Catherine Payne said.  The Rudd-scale mega-agency has dozens of chiefs with no-one accountable. What does the Commissioner for Privacy and Data Protection David Watts think of these gross privacy breaches?  Just more dysfunction?

The Shooters and Fishers Party says these gross errors proves why gun registries should be dumped.

“A nice handy list of all the people who are keeping firearms in their homes would be great in the hands of a criminal,” Shooters and Fishers MP Daniel Young said.

And it doesn’t even require hacking.  It is just a government gift.

In Queensland, the Queensland Police Service firearms registry has become a shopping list for criminals.  How many firearms were stolen from the safe storage of law-abiding firearms owners because criminals accessed QPS data (including where QPS just accidentally released the information)?

The registry is rife with complaints about long delays and problems, and allegations of inefficiency.

In Western Australia, a review in 2013 by state Auditor General Colin Murphy into the WA Police Firearms Register, found it “unable to effectively manage firearms licensing and regulation in WA”.  It revealed nearly 1000 firearms not recovered from deceased estates.  People unfit to have a firearm were using template ‘property’ letters to obtain firearms.

In South Australia, how’s this one..  A known criminal after release still held his South Australian firearm licence, and was only caught out when he attempted to apply for a NSW firearms licence.  Fortunato Musico (means ‘lucky musician’ in Mafiosi) (aged 52) had his arsenal confiscated in the NSW town of Orange in February 2017. He was fined $3300 for various firearms offences. Police found various guns in his unlocked wardrobe:

For hog hunting or something else?

It’s so easy to buy a gun in Australia.  You don’t have to be 18 years or over, fit and proper, done a firearms safety training course or even a background check – such as having been convicted for armed robbery and murder.  No, you only need $600 and migrant connections.  Like the teen Leb who this week home-invaded and shot dead Brayden Dillon (15) as he slept in his bed in his parents’ home in south west Sydney.

The firearms registries across different states are a sham because there are more guns misplaced, lost or forgotten about or illegal than registered. Most guns used to commit a crime are illegally imported. Corrupt and criminal migrants work in Customs and related functions.

Australian Army Captain Shane Della-Vedova (a migrant) takes the cake.  He was with the army explosive ordnance team and between 2001 and 2003 managed to steal ten M-72 rocket launchers and five grenades from the Army’s Orchard Hills ordnance storage facility in Sydney. 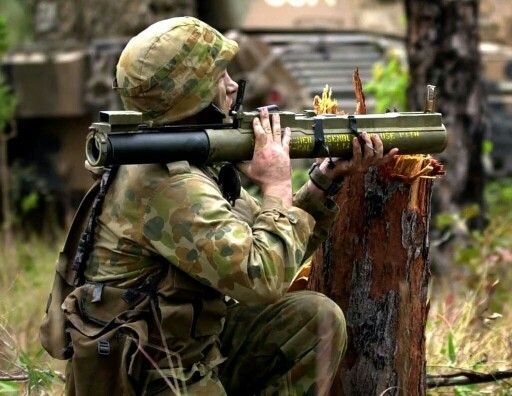 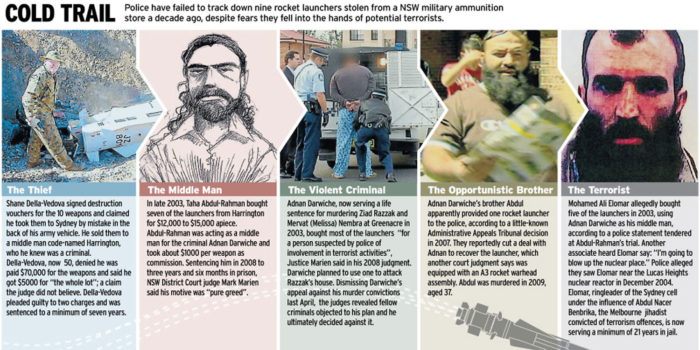 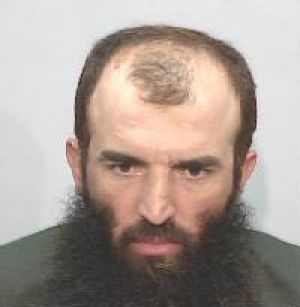