In 2002, the Swiss People’s Party (Schweizerische Volkspartei, SVP) initiative to severely restrict asylum was defeated with the narrowest of margins, but two years later the facilitated naturalization of foreigners born and raised in Switzerland was democratically defeated, because the Demographic Decision was put to the Swiss people.

Still pending is an SVP initiative, launched in November 2005, to “democratize”  naturalization; that is, to allow citizens to vote on the naturalization of individual foreigners who reside in their cantons (counties).

The Swiss say it is the power of the people, yet Switzerland’s long-standing immigration custom of “let the locals decide” has come under fire.

In this pristine country, each town has the right to allow its citizens to choose who can be one of them.  The Swiss town of Emmen, near Lucerne, has forced its prospective citizens to undergo what has come to be known as ‘The Fondue Test.”

If you cook and eat Swiss cuisine (aka fondue), speak one of the four recognised Swiss tongues (Deutcshe, French, Italian or Romansch) and adopt Swiss customs; then you convey a genuine desire to attaining Swiss cultural integration.

But since the 1970s, most foreigners who have applied for Swiss residency were not from compatible neighbouring nations, but from economically struggling countries of Turkey, Hungary, Yugoslavia and Poland, seeking economic opportunity provided by the Swiss.

Recently, Swiss citizens were given the option of closing the immigration doors to the country. The Swiss voted on a referendum that set a quota on the number of foreigners that would be accepted for citizenship.

The referendum would have limited the foreign-born to 18 percent of the population; they currently make up 19.3 percent.  The referendum proposal failed due to already foreign laiden constituents with unaligned loyalties.

Still, amongst true Swiss almost 40 percent of voters were in favor of setting a limit. 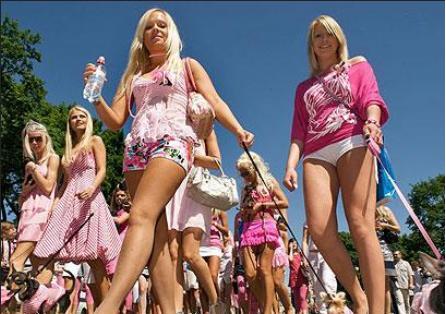