Vocal backbencher Tony Abbott now reckons Australia should halve Canberra’s mass immigration fetish (currently net 245,000 a year).  But go further, impose an indefinite moratorium on all immigration.  That it provides a net benefit to Australia is a fallacy.  It only makes Canberra’s economics look good, while imposing a net burden on the rest of the country!  Our capital cities are choked with foreigners while rural Australians are denied a democratic share in our national wealth.

Abbott this week tempered his immigration revelation at the Liberal Party’s Sydney Institute, stating “until infrastructure and housing stock catches up.”   What 50 years?  Prior to wrecker Whitlam, lucky White Australia was the envy of the world in 1971. That was nearly 50 years ago, and it will take that long again to undo all the flood gate harm of mass immigration, globalisation, privatisation, foreign control, and criminalization.

Abbott has apparently woken up to mass migrant demand being the driving force of Australia’s rising cost of living, our low wage growth (he means shrinking disposable incomes), unaffordable urban housing prices and all the social integration problems (he means the abject failure of multiculturalism).

Abbott also reckons halving mass immigration will reduce house prices and make it easier for locals to get work.

He’s right too of course.  This has been Australia First Party’s policy since year dot.  Dick Smith has been screaming at Canberra on this issue for years.

“I’m completely in favour of immigration and Indian migrants make wonderful Australians. But we must serve the interests of all those people who are already here, including the Indian community, so that we have unclogged roads, increasing wages and lesser pressure on housing prices.” 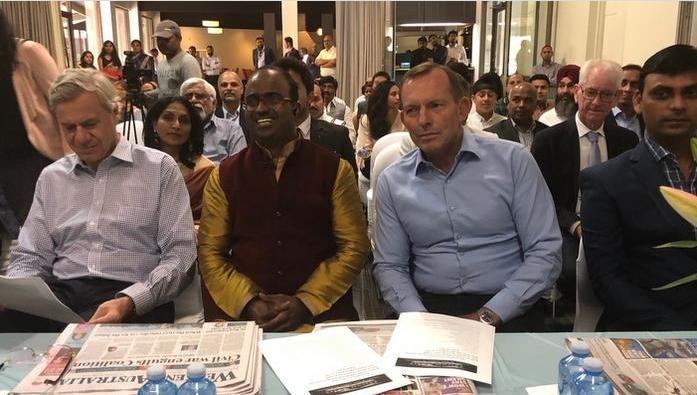 Is he having a bet each way like duplicitous Turncoat and Shorten?  May be Abbott wants to now feel relevant while relegated up the backbench back.  This is the same bloke who captain-called 12,000 Syrian welfare seekers when he was in charge.  It was a kneejerk to da leftard tear-jerk photo fraud of that staged washed up toddler on the Turkish beach – a fake refugee. 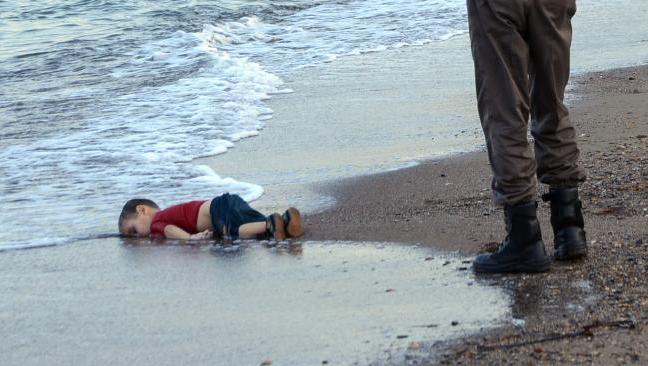 Toddler, Aylan Kurdi (real name Ayan Shenu) was not a refugee but the victim of a greedy father who wanted free dentistry in Finland

Father Abdullah Shenu was a labourer in Turkey whose family had received free housing in Turkey for the past three years.  Abdullah did people smuggling on the side. His sister Tima in Canada wired him $5000 to fund people smugglers so he could pretend to be a refugee and get new teeth in EU Finland via Greece.

To make sure his family had cut to the front of the line in the refugee application system, Abdullah sent his wife and children on a dodgy inflatable first, alone, so that a lone mother and children would get help first.  Then, under ‘family reunification’ program, he’d join them…

That manipulative greedy pig of a father was never even on the boat.  Greedy Abdullah wanted free dental care and sends wife and babies on risky journey to cut in the refugee queue is nowhere near as pretty a narrative as ‘babies drown trying to escape war’..

But never let truth get in the way of leftard propaganda.

The actual photographer was Ms Nilufer Demir of Turkey’s Dogan News Agency, who was covering the illegal water crossings by Third Worlders from Akyarlar in southern coastal Turkey 5km across the sea to the Greek island of Kos.  Demir photographed a bunch of Pakistani illegals washed back to Turkey ashore after two smuggler inflatables sank.   She took the infamous drowned toddler photo around 6am on September 2 2015.  Her editor then shock splashed the dead child photo on the front page, breaking journalistic standards. 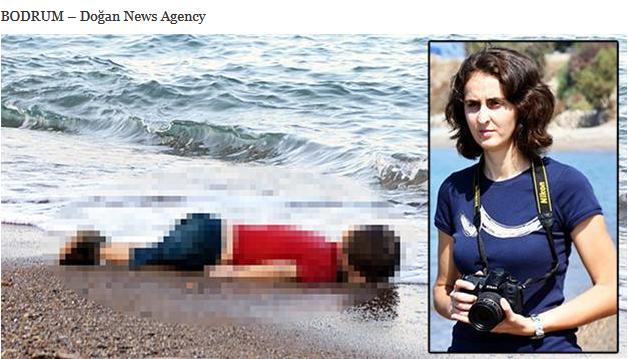 Then one Peter Bouckaert, leftard Human Rights Watch’s emergencies director, sent it viral across Twitter and Facebook in a global tear-jerking outrage propaganda campaign to appeal to First World pollies to permanently resettle millions of Syrian so-called ‘refugees’.   It worked because the toddler was White dressed up like a rich White toddler.

Abbott as PM bought the leftard fraud hook, line and sinker.  On 9 September 2015, he announced that Canberra would make an extra 12,000 humanitarian places available for Syrians in response to the civil war in Syria and Iraq (aka da dead toddler photo).  And that was in addition to the already annual Third World intake of 13,750.

But government figures are rubbery at the best of times with dodgy definitions and sneaky confusing statistics .  Look at this lot. 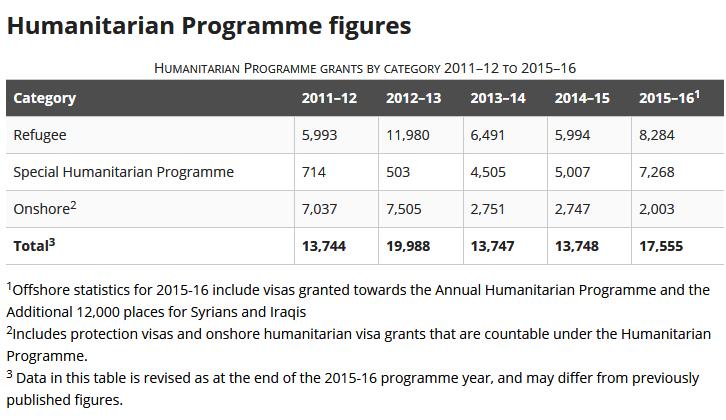 Actually, Abbott’s 12000 extra Syrians have in fact been Syrians, Iraqis and Armenians.  They go flown free from Istanbul to Sydney at $1400 a seat.  That was another 17 million hidden from Canberra’s migration statistics and accounts.  They got mainly dumped on already congested ethnic Fairfield.   Of course Fairfield mayor Frank Carbone, a multiculti Italian, is overjoyed.

Abbott promised Australians his 12000 welfare invites would all be Christians fleeing persecution by Asad and ISIS.

That was a con.  Most are muslim. 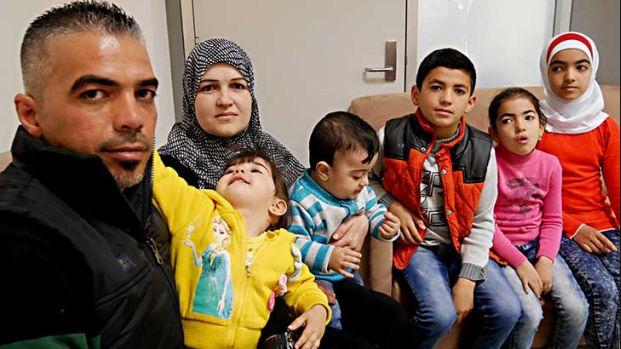 “Refugees, like everyone else, pay taxes, either directly or indirectly. The longer they stay, the greater their likely contribution.”

Canberra’s economic performance is only from relentless immigration and the reporting is book cooking to suit its growthist agenda.  Gross Domestic Product is such a narrow measure of our nation’s wealth.  It is an aggregate not a per capita measure. Of course inviting in 300,000 foreigners a year will increase demand.  It floods it and jacks up the cost of living.  Rudd’s Big Australia manta does not make our nation better.

Globalist cultural diversity and multiculturalism have hatefully persecuted and stigmatized traditional White Australians in our own country.

Ethnics employ only ethnics – their own kin.  They pay cash and they underpay; lowering decent work standards and our First World way of life.

Canberra’s Department of Home Affairs statistics for 2017 revealed a net migration intake of 183,608, approaching government’s “planning level” of 190,000.  More than two-thirds of migrants arrive as skilled migrants and one-third unskilled from the family visa stream. So that’s another 60,000 on the Centrelink and Medicare welfare teat.

The major source countries include India, China and Britain. Most settle in Sydney and Melbourne within their ethnic ghetto beachheads so they only have to speak English and can get tax-free cash in hand from their compatriots.

While Turncoat and queen Lucy are off on a wining and dining junket this week to Washington, acting PM Belgian-born Senator Cormann, reckons the Liberals mass immigration policy “attracts the right people to make Australia their home..with the skills and the attitude to help make Australia an even greater place, pays taxes to help fund the services provided by government.”..crap crap crap.

Abbott reckons the Liberal’s rate of immigration is too high… “at a time of stagnant wages, clogged infrastructure, soaring housing prices and, in Melbourne at least, … has gone badly wrong with our resettlement system when 58% of refugees (economic) who have settled here in the past 10 years are living on welfare”.

Since 2015, the Federal Budget has allocated $100 million a year in welfare payments for welfare seeking Third Worlders up until 2019 to fund the resettlement of Abbott’s extra 12,000 Arabs.  So this is half a billion and just for Abbott’s 12000 extra invites.

No wonder the Commonwealth, state and territory governments spent roughly $157 billion on welfare cash payments and services every year.  In 2007 it was $117 billion a year.   The scale of Australia’s ethnic burden is scary.

According to the Building a New Life in Australia study in 2015 conducted by the Australian Institute of Family Studies (AIFS), Third World welfare seekers languish on a 93% unemployment rate.  Most can’t speak Engrish or read road signs or drive properly.

An Australia Bureau of Statistics survey showed that in 2013 around 59% of refugees and former refugees had government social security benefits as their main source of income – around 54,000 of the bludgers.   Spending on cash payments to people of working age in 2012-13 was close to A$60 billion. If refugees were receiving the “average” payment per person this could actually amount to around A$1.3 billion – around A$24,400 per economic refugee on welfare, and that’s no including family benefits.