Da golly Greenie punks reckon Australia should have a target of 90% renewable electricity by 2030 presuming it will always be sunny and windy to supply the power.  And they want to tax cheap abundant coal to extinction. It’s ideologically because da Greens hate Australia and crave anarchy.

Dumb subsidies of renewable energy are adding at least 7% to Australian household electricity bills, basically an average of $100 a year.

Compounding on that, Australia’s cartel energy industry (AGL, Origin and Energy Australia) has raised electricity prices an average of 8% a year for the past decade, which is more than three times the average inflation rate.  In Queensland, market concentration was increased under Anna Bligh Labor government back in 2011 when three state-owned power generators were merged into two. Generators Stanwell and CS Energy now control about two-thirds of the Queensland market. 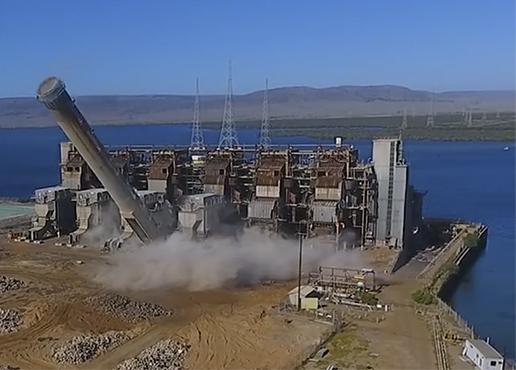 And they call this “progressive”?

Successive state governments have also milked the revenues and neglected the essential maintenance and upgrade of electricity infrastructure (poles and wires) for years.  And then they’ve flogged off the electricity assets to private enterprise for a quick buck.

So the new corporate owners have had to do all the upgrading and so have been forced to jack up the prices to pay for it.  The ‘gold plating’ criticism by governments is a distracting furphy.   The huge rise in the cost of maintaining the network of poles, wires and associated infrastructure is the biggest single cause of rising prices, adding $208 to the average Australian power bill.

The cost of environmental subsidies, ranging from the renewable energy target to solar feed-in tariffs and various state schemes, has soared from $18 to $103 over the past decade. And greedy electricity retailers’ margins and costs have added a further $133 to the power bill.

Is it any wonder that the national accounts released this week showed that manufacturing in this country has contracted for 11 quarters in a row?

According the Australian Competition and Consumer Commission, the average residential power bill has risen 60% since 2007, or $500 a year to nearly $1700, after allowing for inflation. 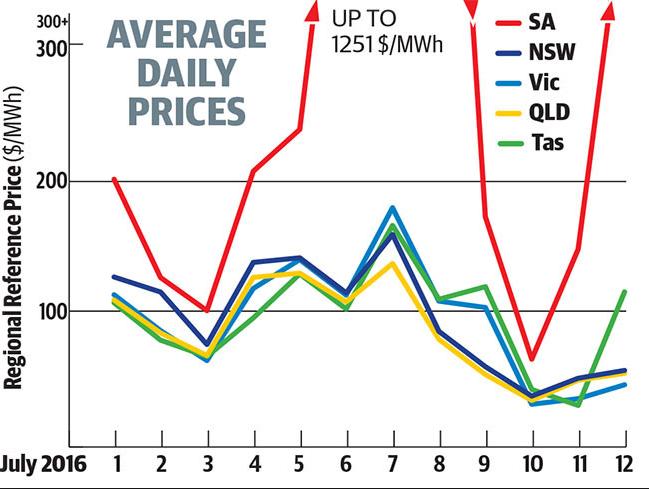 “Over the past decade successive Australian and state governments have failed to balance competing priorities of security and reliability, universal access to affordable energy services.   It is clear now that many of the policy, regulatory and business decisions over the past decade or more have, on balance, led to higher prices for all consumers.  It is clear that electricity prices in Australia have gone from a source of competitive advantage to a drain on business productivity and a serious affordability concern for households..the burden of rising prices disproportionately affects those segments of society least able to afford it.”

South Australia, Tasmania and Queensland are the worse off, so they freeze in Tassie in winter, and in SA and Queensland in summer they bake.  People are doing it tough, which is why the talkback lines are clogged with people saying: “I’m so frightened. I just don’t know how we’re going to pay.”

And there’s more: if your bill is bad now, it will soon be worse. Experts say energy prices will rise by 20%, guaranteed, during the next few years.  Pensioners across the country have expressed their fear of not being able to pay for heating over winter.  Liberal MP Craig Kelly has singled out the $3 billion annual cost of renewable energy subsidies for the price hikes. “People will die”, he has warned. 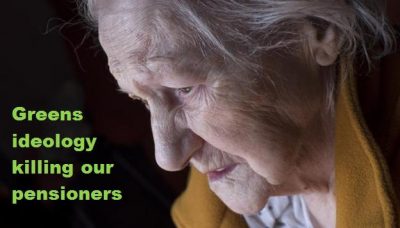 It’s all because da Greenie punks hate coal.  Yet no big change has accompanied the increase in the world’s atmospheric carbon dioxide concentration over the past century from 0.03% to 0.04%.  Australia has a tiny 1.3% contribution to the planet’s human-generated carbon dioxide output.  And carbon dioxide is naturally occurring anyway – every animal exhales it. 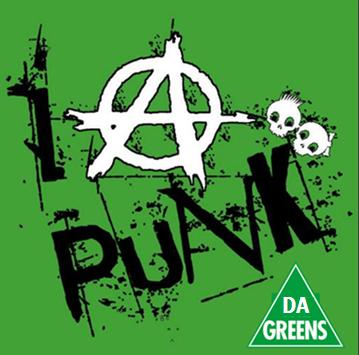 A plastics recycler in South Australia, Plastic Granulating Services, closed its doors in June 2017, citing a crippling $180,000 monthly electricity bill as among the costs that prompted his “heartbreaking” decision to close the 38-year-old family business.  Some 35 Aussies suddenly lost their jobs as a result. It’s a key reason why auto manufacturing in Australia no longer exists (plus cheap imports dumped into Australia).

Business leaders in the state crippled by blackouts in late 2016 expect more closures to come as prices climb even higher.

In Queensland, Gold Coast pawn shop owner, Ted Sosangelis, is feeling the shock of surging power prices to himself and his customers.

“When I came to Australia from the US about 10 years ago, my energy bills were less than half of what they are now,” he said. “They just seem to keep going up and up and up no matter what I do to conserve power. Where’s it going to end?  I think it’s going to double again in the next five to eight years.”

Mr Sosangelis said despite increasing competition in the electricity market, it was still controlled by a “handful” of retailers who were “all the same”.  “It’s still a kind of monopoly,” he said.

And the rise in domestic gas prices has been blamed on the increase in exports to lucrative markets overseas, and the power wielded by a so-called Australian “gas cartel”.

The Australia Institute’s Dr Hugh Saddler says the reason why prices are particularly high in South Australia is because the state does not have the large, cheap coal resources of other states and relies on backup power generation from gas. “Price increases in SA, and to a large extent in other states also, are almost entirely the consequence of high wholesale gas prices.”

Australian taxpayers will have paid more than $60 billion through federal renewable energy subsidies by 2030, about twice what the crumbling car industry received over 15 years and enough to build about 10 large nuclear reactors.