It’s official, the New South Wales Government’s Bureau of Crime Statistics and Research in Sydney has concluded that Sutherland Shire is Sydney’s safest area to live, with the lowest crime rates across the city, new analysis has revealed.

Sutherland has a predominantly Australian demographic, with comparatively few ethnic immigrants to have discovered its lifestyle benefits, so far – even despite Network Ten’s recent undermining slur TV programme, ‘The Shire’, which failed as expected.

The Sutherland Shire has consequently the lowest rate of break and enter, vehicle theft, malicious damage to property and theft from car or house per capita across an otherwise immigrant-laden Sydney metropolis.

In the two years to September 2012 there have been just two break and enters and 1.3 vehicle thefts for every 1000 residents.  These official government statistics serve to reassure traditional Australians that their own are in the main law-abiding citizens.

“Sometimes it’s a good thing, sometimes it’s a bad thing, but in The Shire everyone knows everyone. A high proportion of the population are churchgoers and from trade or professional background.”

In contrast, the government’s analysis revealed Sydney’s CBD, which resembles more like Hong Kong every year,  is the city’s most dangerous area to live, given its high density of immigrants confinded to highrise, and particularly targeted by young males of Pacific Islander and mix-Asian origin.  The CBD recorded the highest incidence of break and enter, malicious damage to property, vehicle theft and theft from home or car in the two years to September 2012.

But the bulk of violent crime reported practically daily across Sydney, stems from immigrants in Sydney’s ethnic ghettos in Sydney’s notoriously violent south west in the likes of infamous Bankstown, Auburn, Mount Druitt, Kakemba, Macquarie Fields and Campbelltown.  Police now racially profile ethnic groups because they outnumber in their crime experiences.  Drive by shootings and serious crimes are almost daily across the south-west.  Only last week a Muslim was arrested in Bankstown for severing his father’s head in a heated family dispute.

Importantly, the NSW Bureau of Crime Statistics and Research has similarly found from its current research that outside Sydneys south-west ethnic ghetto, Australian residents across the southern suburbs such as Cronulla, Miranda, Sutherland, Gymea and Caringbah are least likely to have their car stolen, house broken into or property damaged.

Second on the safest suburbs list was the predominatly Australian Ku-ring-gai catchment in Sydney’s north shore – encompassing places such as Gordon, Killara, Pymble and St Ives.   Here there have been 9.5 incidents of malicious damage to property and 4.8 thefts from vehicles for every 1000 residents in 24 months.

Likewise, Pittwater, Hornsby, Warringah, The Hills Shire, Wollondilly, Lane Cove, Camden, Rockdale and Mosman LGAs rounded out the top 10 safest areas to live based on incidence of break and enter. 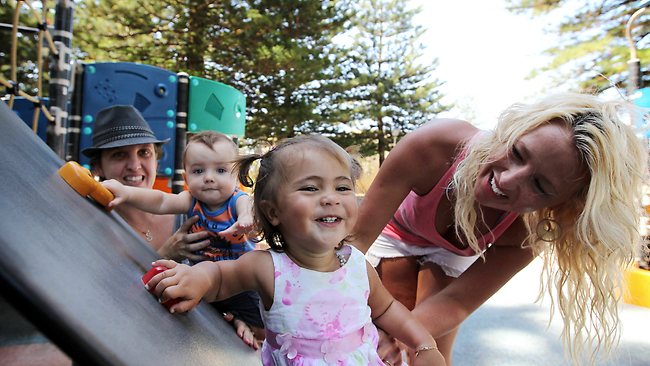 In Sydney, non-Ethnic suburbs are safer