Last Sunday, May 1 2016, Australia First Victoria acknowledged the traditional Australian May Day, a celebration of the working class.

We held a graveside vigil to honour the lasting legacy of William Guthrie Spence – True Trade Union Nationalist, political agitator and champion of the Australian working class people. The vigil was part of a campaign by Australia First to reclaim May Day back for the Australian workers from the community destroying multiculturalists, globalist Laborites and the extreme-Left. 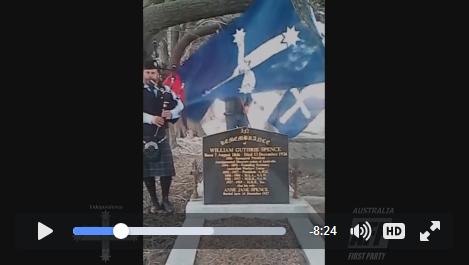 It is ironic that the Victorian branch of the Australian Workers’ Union (which Spence co-founded) and which is housed in a building that acknowledges Spence, protested last week against our party using the Eureka Flag as part of an electoral logo. The leaders of this union have concealed its history and usurped its tradition. 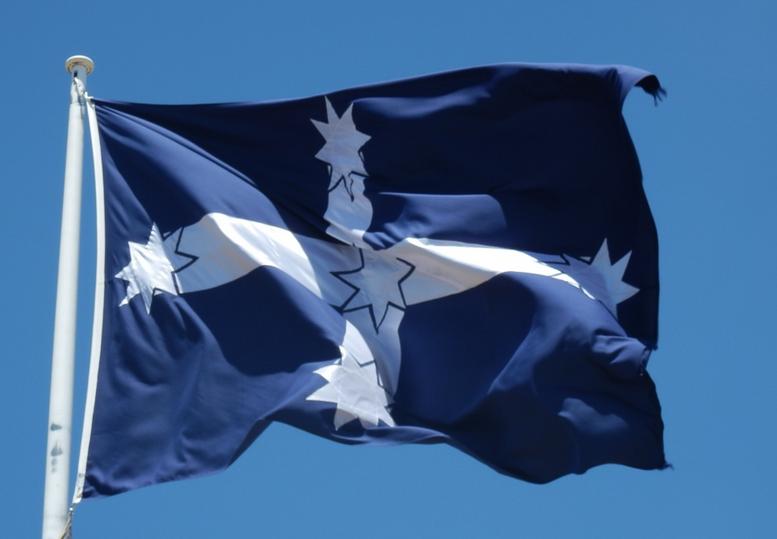 May 1 is traditionally held to be Labour Day in Australia. It was once a great festival of the achievements of our patriotic union movement in the field of wages, conditions, protections and community bonding.

Historically, May Day is a pagan celebration of the start of summer in Europe (May Pole dancing, bonfires fertility etc.) but some American unionist Matthew Maguire hijacked the date in 1882.  The first march for an eight-hour day by the labour movement occurred in Melbourne on 21 April 1856.  But red star idealist revoluushunries like to rewrite history to suit.

Over the last several decades May Day, while involving the usual union contingents linked to the now globalist Labor Party, features every cause imaginable amongst the extreme-left – open borders refugee advocates, sexual lifestylists, foreign campaigns of every description, pseudo environmentalism and the usual groups of Trotskyites, communists and anarchists.

Even their red star has done the rounds. Originally a pagan symbol for witchcraft, then the anti-capitalists hijacked it filling it in red to represent blood loss during the French uprisings protesting against totalitarian aristocracy. The commos hijacked it for their totalitarian communism.   Multinational Chevron Corporation hijacked it for its Caltex brand asserting global control in retail fuel.

The red star has contradictory meanings, beside the fact it is used for totalitarianism and global control.

It is appropriate henceforth, that every year across Australia nationalists, the true upholders of the original vision of the Australian working people, hold protests of a symbolic and activist nature to defend the working Australian from those who would rob him of his livelihood and his country.

Today, Australia First Party held some small protests in Adelaide, Sydney and Brisbane – and a special ceremony in Melbourne.

This is discrimination, social engineering and a bad foreign policy decision of our government.

In Melbourne, Australia First members assembled at the graveside of William Guthrie Spence leader of the Shearers’ Union which later became the Australian Workers’ Union. Spence was a nationalist labour author and ALP parliamentarian. He is buried in Coburg Cemetery.

The legendary Spence was the union leader at the time of the Great Shearers’ Strike in Queensland in 1890-1, when the pastoralists and their political supporters set out to break the workers with scab labour (contract) and imported (Chinese) labour. The shearers resisted and many went to prison. From the great camp at Barcaldine came the call for political as well as industrial action and the Eureka Flag was raised.

The Shearers Strike ultimately led in many ways to the establishment of the original Australian Labour Party and the great agitation for immigration restriction.

Modern Australia needs a new nationalist party with the vision of our early labour movement, a co-operative Commonwealth for the Australian People.

We are minded of the fighting words of William Guthrie Spence which are apposite today.

The Labour Movement in Australia is a political as well as a propagandist movement. Its leaders realise that before we can have social reform the people must be educated to demand and carry out such reforms. The platforms, Federal and State, indicate the practical proposals for which public opinion is considered ripe.

The objective and the general platform give an idea of the propagandist side. The first part of the Federal objective declares for “The cultivation of an Australian sentiment based upon the maintenance of racial purity and the development in Australia of an enlightened and self-reliant community.”

The party stands for racial purity and racial efficiency – industrially, mentally, morally, and intellectually. It asks the people to set up a high ideal of national character, and hence it stands strongly against any admixture with the white race.

True patriotism should be racial. True self-government means the government of Self – the prevention of Self from trespassing on the rights of others.

No class-ruled people can ever be a self-governing people. No people are self-reliant who are under the control of landlords or who depend on a brother man for the right to work for daily bread.”

May Day’s actions this year in 2016 were the start of a Reclaim May Day movement. Next year – larger, more widespread, and targeted to higher results!