There can be no harmony with barbaric Muslims in our midst practicing evil female genital mutilation on young girls in Australia.

Yet Justice Johnson gifted the evil knife-wielding witch and complicit mother a slap on the wrist penalty – just home detention with her victim daughters! 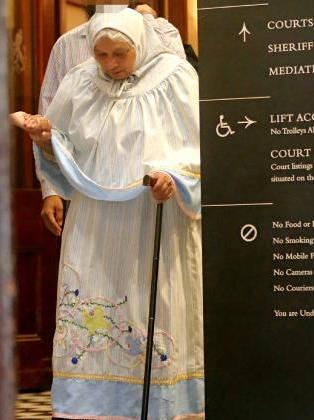 Living in Sydney’s inner western ethnic enclave of Auburn, the Islamic family belong to an evil Shia desert sect, Dawoodi Bohras emanating out of tribal desert lands of the Islamic Middle East. The orthodox sect stretches across Yemen, East Africa, Pakistan and western India.  Australian Immigration let ’em into Australia and of course they brought their barbaric shit with them.

Multiculturalism encouraged them to keep their barbaric faith and customs such as ripping into girls’ fannies to please Allah. 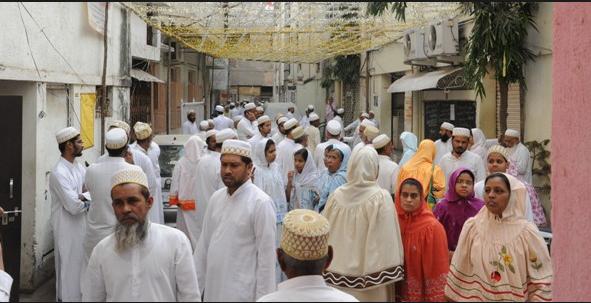 Dawoodi Bohras Shia Sect – if you see anyone in Australia look like this, well they practice FGM, here.

The sect came to police attention in 2012 after police received a tip-off from a reformist Dawoodi Bohra sect member, stating the followers practice halal female genital mutilation.   So Australia’s Department of Social Services, responsible for family services, children and female safety knew about this yet did nothing.  And the same department sponsors Harmony Day?

“DSS helps contribute to a significant and sustained reduction in violence against women and their children in Australia, through the implementation of the National Plan to Reduce Violence against Women and their Children 2010-2022 (the National Plan) in partnership with state and territory governments and other key stakeholders, and the delivery of the Support for Trafficked People programme.

Violence against women is one of the most serious causes and consequences of inequality, and one of the key risk factors for women entering poverty and disadvantage.  Through the National Plan, including its programmes, grants and research, DSS works with the Office for Women and with other portfolios across government to advance gender equality and improve the status and well-being of women in Australia.” 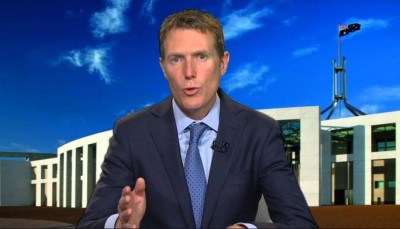 Back in Sydney, the Islamic mother arranged for female genital mutilation on two of her four daughters.  The sect’s sheikh arranged for the sect’s sharia witch to carry out the FGM, because she had form inflicting it on many innocent girls back in her Turkish desert badlands.

During the eight-and-a-half week trial held in 2015, the jury heard the Somali mother, known as A2 (so as not to identify the girls), had arranged for a Muslim witch Kubra Magennis to perform an ancient barbaric Islamic Sharia practice called “khatna” (islamic for female circumcision or FGM) on her daughters on two different occasions in Wollongong and Baulkham Hills between October 2009 and August 2012. 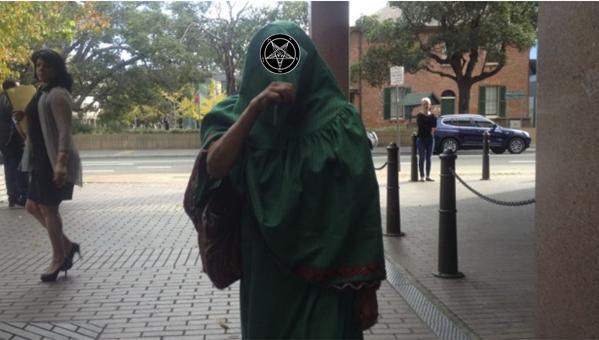 The witch mutilated the clitorises of the two young girls when they were respectively seven and six in barbaric ceremonies in Wollongong and Sydney between October 2009 and August 2012.

A detective and a social worker interviewed the two sisters, known as C1 and C2 to protect their identities, at their primary school on August 29, 2012 when the girls told them “khatna” (a barbaric sharia ritualistic ceremony) had been performed on them.  C1, then aged 9, said she had received “a little cut down there” while C2, aged 6, said she had been “hurt in the bottom”.

In a recording of the interview played to the jury, C1 told the social worker and police officer in her culture “it has to happen to every girl”, but her mother had warned her not to tell anyone about it.  She said the woman who performed the procedure (Magennis) told her to close her eyes and imagine she was a “princess in a garden”.  “She told me to think of that so I didn’t feel as much but I did feel it a little bit … it hurt,” the girl said.

The sentencing Justice Peter Johnson presiding in the New South Wales Supreme Court told the culpable mother, the witch and the Shiekh that he was sentencing the three of them based on the maximum penalty of seven years for genital mutilation, which existed at the time of the offences in 2009 and 2012.

After May 20, 2014 New South Wales parliament increased the maximum penalty for such practice from seven to 22 years.  But that is veiled appeasement.   Despite the jury unanimously finding the three guilty, the evil muzzies sentence was not 22 years in gaol, nor even seven years, but mere home detention with the victims in the same house for 15 months.

The former Sydney religious leader of the Shia Muslim sect, Dawoodi Bohra, shiekh Shabbir Mohammedbhai Vaziri, 59, was also referred for an assessment for 15 months home detention for being an accessory after the fact to the procedure. 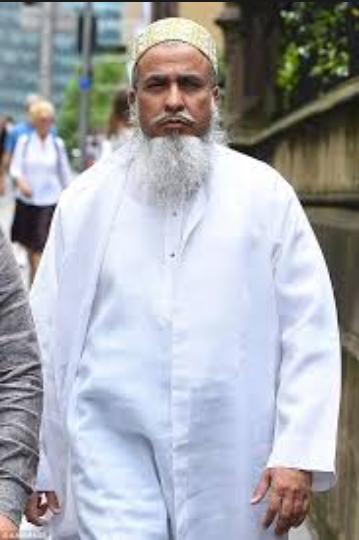 The vile filth of Islam – ban the scum from Australia!

Dressed in their sect’s signature colourful smocks and head coverings, the 38-year-old mother of four girls, who cannot be named, and retired midwife witch Kubra Magennis, 72, gave no reaction when they were sentenced 15 months, and referred for a home detention assessment for mutilating the clitorises of the girls when they were seven and six.

Harmony Day on 21 March, is more United Nations multicultural propaganda bullshit that embraces cultural diversity.  It claims to be about inclusiveness, respect and a sense of belonging for everyone.  The Leftie utopian harmony evangelists in Australia call on Ordinary Australians to embrace foreign cultural diversity, such as Islamic Sharia and the Third World patriarchal cultures of primitive Somalia, Sudan, the Pacific Islands, the Arab Middle East and Asia.  The rhetoric is shite, condemning the Greenie leftist feminists to be pure hypocrites for backing it.

Australia’s Governor General Peter Cosgrove celebrates Harmony Day today with the ethnic kaleidoscope on his Yarralumla lawn.  Recall since Somalia he got slack and fat and became a peacekeeping political patsy for the Liberal Party’s Johnny Howard.  Howard’s protégé Tony Abbott rewarded him with a knighthood and manor house. 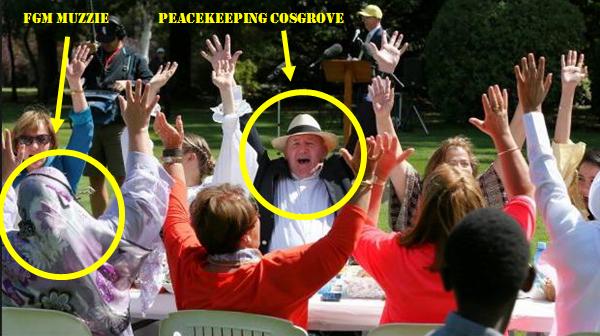 The central message for Harmony Day is that ‘everyone belongs’, reinforcing the importance of inclusiveness to all Australians.

So tell that to Islamic girls! 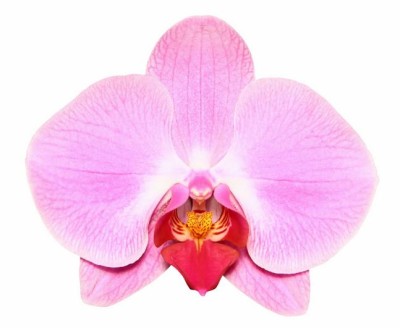